Key Comes Out of Stealth With Fan Relationship Manager

The platform, akin to a “Salesforce” for celebrities, aims to give talent ownership over their fan relationships and control over the data.

Key comes out of stealth with a CRM platform for famous people, and the stars are already lining up.

Fan interaction platform Key just brought its Fan Relationship Manager toolbox out of stealth on Wednesday, complete with a star-studded list of clients, the company disclosed to WWD.

FRM functions as a sort of customer relationship management platform, or CRM. But instead of customers, it focuses on fans and serves celebrities, not companies. The solution was designed to foster first-party fan relationships, pull in the relevant data, analyze it, strategize with it and then help talent monetize that.

In essence, it’s like a “mini Salesforce” for the stars. And the major appeal is that Key does not own the data coursing through its platform. The clients do.

According to chief executive officer Evan Wayne, the concept was built on a simple premise: Models, athletes, musicians, actors and others with massive followings should own the relationships they have with fans and the related data, in addition to monetization opportunities coming from that. But too often they don’t, he said, so he and friend Stephanie Biegel set out to change that.

“With Fan Relationship Manager, we’ve been giving control back to talent,” said Biegel, a former executive in talent management and advertising. “We’re giving talent control to own their data and to own their universe in that way now.”

It’s a major shift in thinking, compared to how, say, Facebook operates. While the social media giant offers partners an array of tools, insights and audience-targeting features, it decides if and how much data to provide, how to slice and dice it into chunks of insights, which ones it allows brands to access and what they can do with them.

“If you look at the landscape right now, we’ve all been very comfortable being beholden, to having our data be owned from a social perspective, by being in the ‘walled garden,’” explained Wayne. As an expert in relationship and revenue building, ad tech and talent management, he sees the tightly controlled ecosystems that tech giants often rule over with an iron grip, tilting things to their own advantage.

The scenario drove Wayne and Biegel to focus on first-party data, or the information gleaned from direct relationships between stars and fans. So when they founded Key in 2019, that’s been the overarching theme. 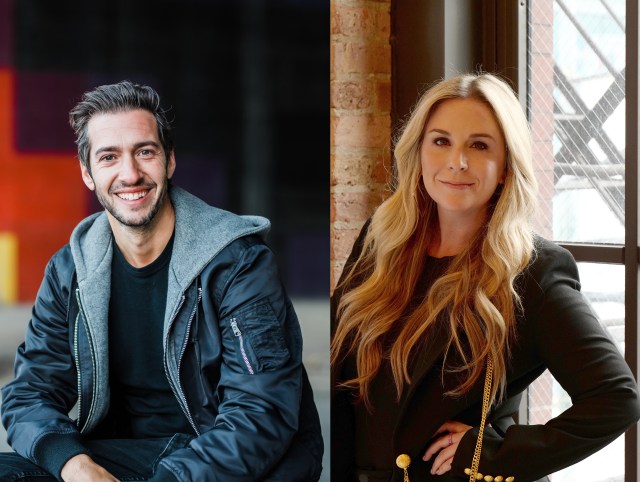 The business started out as a two-person operation focusing on paid livestream events. It launched just before the pandemic struck, and over roughly one and a half years, the company steadily developed tools that wound up forming the FRM toolbox.

Today, the 12-person company runs a platform that can cover everything from email campaigns to virtual events and other activations.

Of course, Key knows that fan-driven celebrity doesn’t work today without social media — what Wayne refers to as a “necessary evil” — so it also accounts for connections to Instagram, TikTok, Twitter and others. Keychain, a “middleware” tool that sits between Key’s platform and others, allows talent to link to their outside accounts and draw in those followers by offering access to exclusive events or content. 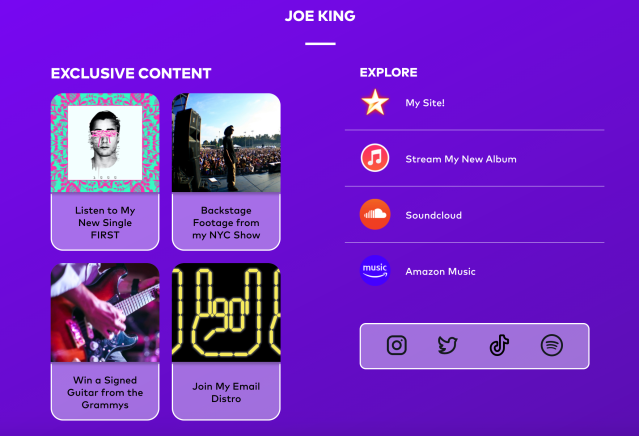 The end result may lead to a more holistic view of who the fans are, what they like or engage with the most, how different segments respond to various content and other insights that drill into more details, such as how particular digital media connect to sales figures or for verticals like shopping.

Large brands and corporations have plenty of data tools and platforms similar to this, but it’s harder to come by for talent. Naturally, the platform has drawn some attention from a few well-known names.

Key has attracted a range of people who have signed on, from celebrity hairstylist Cesar De Leon Ramirez and Sarah Merrill of Big Kid Problems Podcast to major stars such as Quincy Jones, Randy Travis and Pentatonix. Agencies like CAA and Elite World Group are also on board, the company said. 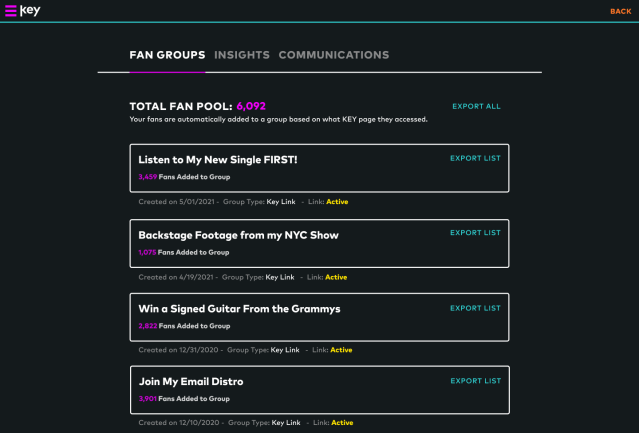 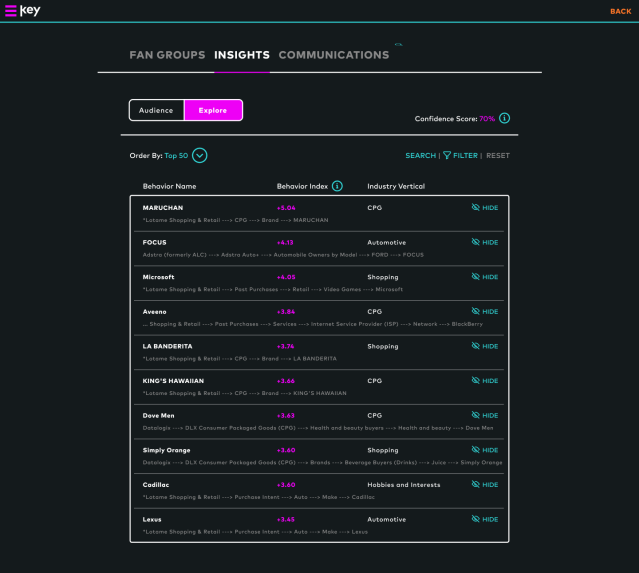 A look at the Insights page.  Courtesy image

For Quincy Jones Productions, the tech partnership is an opportunity “to gain a better understanding of our clientele’s fan base, increased ownership of our overall communications and the capability to leverage first-party data, in order to drive more authentic brand partnerships — not only for legacy artists such as Quincy Jones, but also for our up-and-coming artists such as Asher,” said Alyssa Lein Smith, vice president of business.

In an era when personal and professional branding rises to the level of corporate branding, questions about data ownership appear to be intensifying, particularly as Big Tech faces increasing scrutiny over the fairness of its practices and how it handles user data.

The matter has become ubiquitous, stretching from courtrooms — as in Epic Games’ lawsuit over Apple’s App Store practices — to the halls of Congress, where Facebook, Twitter and Google regularly face inquiries.