Fashion wearables aren’t known for being cutting-edge, but they’re getting techier.

The label’s latest wrist device is not a hybrid watch — which would blend analogue style with select features like notifications and alarms — but a bona fide touchscreen smartwatch that runs Google’s Wear OS software.

John Idol, Michael Kors’ chairman and chief executive officer, said the brand’s signature Runway would extend the “collaboration with Google to feature the latest wearable technology and the Google Assistant.”

Owners can speak to their wrists to access Google Assistant voice features. And while it’s not a full-fledged stand-alone smartwatch like the Apple Watch, it’s capable of a few tasks without a smartphone nearby, like GPS and heart-rate tracking. It also comes with 4GB of storage space, so it can store several songs for off-line listening.

Like Fossil’s own Q collection, Michael Kors, which is a Fossil Group partner, takes on more of what Wear OS has to offer, including Near Field Communication, a system of hardware and software that enables secure mobile payments. In the U.S. and other supporting markets, payments work through Google Pay, whereas in China, the device will support Alipay. 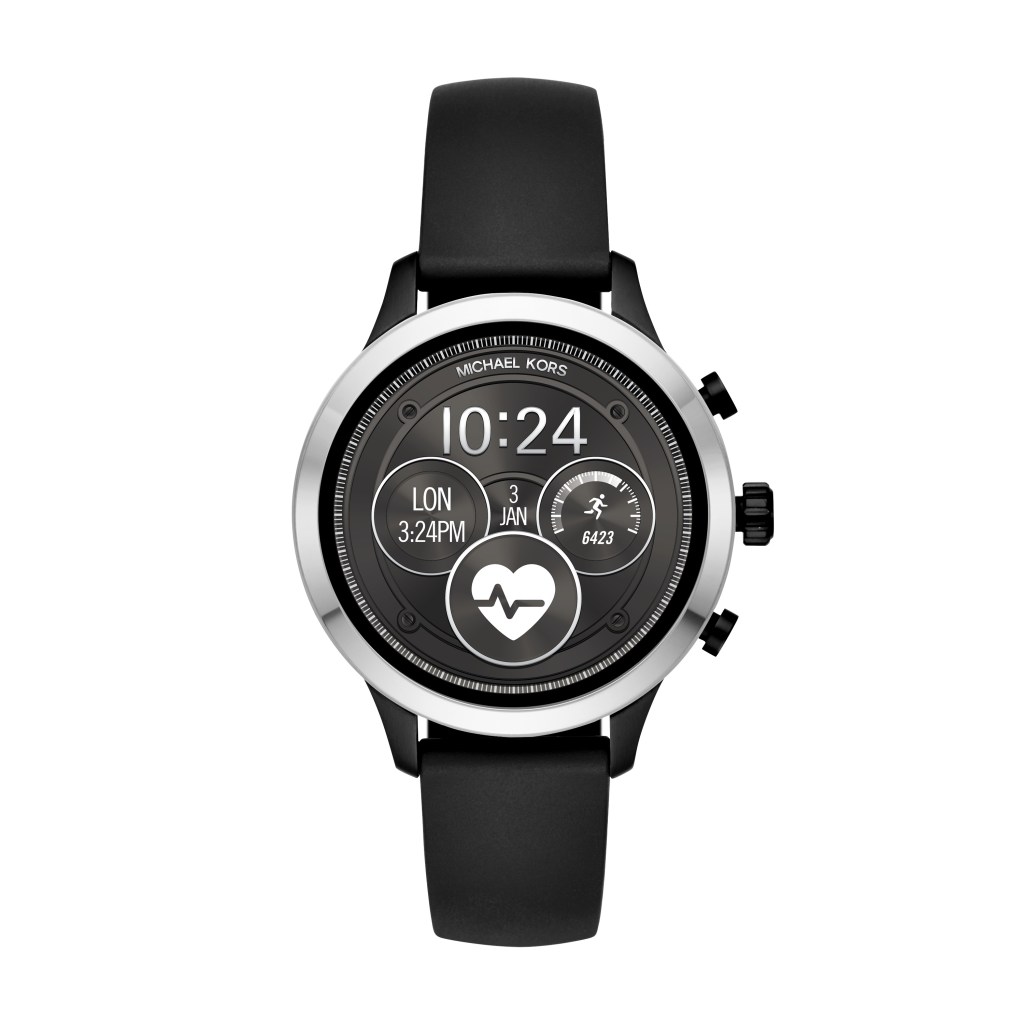 Access Runway also offers My Social, an app that can turn Facebook and Instagram images into a custom watch face. The app just got a new set of branded stickers, so iOS or Android users can have fun playing with the look.

Access Runway’s 1.19-inch screen, 390 x 390 pixel display resolution, Snapdragon 2100 chipset, 512 MB of RAM memory and 300 mAh battery may not be considered cutting-edge hardware, but they sit in a somewhat respectable zone, at least for now.

But the timing is tricky. The smartwatch, which is priced up to $350, is running a two-year-old processor. The latest version of that Qualcomm chip is expected to arrive on Sept. 10, threatening to turn this device into an outdated bit of kit a mere month after it launches.

Still, obsolescence is likely at least a couple of years or more away, and style-conscious consumers tired of hybrids may find that plenty of time to enjoy a smarter smartwatch that doesn’t read like swag from a tech conference.