It’s the one accessory that practically everyone carries with them at all times: the smartphone. And that thin rectangle hasn’t changed much over the years, other than supersizing original 3.5-inch screens up to 5 and 6 inches or more.

Motorola thinks it has a remedy for all the sameness — and it has everything to do with its past. Long before Motorola became a Lenovo company, the company released the Razr, a super-slim clamshell phone whose looks and high “pocketability” drew a fan base that, frankly, still misses the gizmo.

That was 15 years ago. On Wednesday night, Moto unveiled an all-new Razr, a reboot that reimagines the clamshell phone as a smartphone with a flexible display and fancy hinge design.

“We didn’t set out to do a new Razr,” Ruben Castano, Motorola’s vice president of consumer experience design, told WWD. “Things happened that drove us in that direction. And I’m very happy that we had our heritage to do that. But this is about looking to the future and what the future brings, in terms of integration of new technology.”

Fashion knows that what’s old is always bound to be new again. Motorola — which made Dynatac, the first mobile phone — knows that, too. But even as it draws on the Razr legacy, it does so without really knowing if people are quite ready for foldables.

“This is an exciting and new direction, and we’re not sure at this point what the consumer reaction will be,” said Stephanie Tsai, marketing director at Sonix, a phone-case maker favored by personalities such as Hilary Duff, Kylie Jenner and Lili Reinhart. “Of course, there is definitely a need for compact phones that can do more.”

Earlier this year, Huawei and Samsung both introduced folding phones, with the latter launching in the U.S. in September.

The Galaxy Fold phone-tablet combo had problems — like debris getting into the hinge and a confusing plastic coating that early users kept trying to peel off. The South Korean tech titan fast-tracked fixes, but it’s hard to convince people that they need a 7.3-inch screen with them at all times, especially one that’s rather fat when closed and priced at $2,000.

Enter the super-skinny, $1,500 Razr reboot. The phone can basically do yoga, and that’s not just a cute descriptor. Parent company Lenovo, maker of the Yoga convertible laptop, has spent years developing different hinges. It worked with Motorola’s hardware engineers on the Razr’s two-hinge, no-gap mechanism.

Because the device bends in two places — with ingenious internal metal plates that support the screen in use, but get out of the way when closing the phone — there’s little threat of the Flex View screen creasing. The mechanism feels sturdy and solid in the hand. And at 205G, it feels substantive. Motorola considers the Razr a premium phone, and it feels like it, at least in craftsmanship.

The mobile-tech sector has become fascinated with bendable displays. So whether Motorola is successful or not, products like the Razr will likely keep coming.

Accessory companies are ready for the challenge. The major brands have tight relationships with smartphone makers, often getting specifications in advance, so they can produce product quickly.

It’s not a minor matter, either. Louis Vuitton, Gucci, Fendi, Valentino, Hermès, Stella McCartney, Givenchy, Balenciaga, Dolce & Gabbana and many others make smartphone cases, holders and the like, and for good reason. According to a Market Research Future report from February, the market valuation of the mobile accessories market will reach $104 billion by the end of 2022.

For foldables, “it all comes down to the execution,” said Wes Ng, chief executive officer and cofounder of Casetify, a Kylie Jenner-approved Gen Z brand known for partnerships with celebrities and brands, including Vetements, Moncler Genius, Sarah Jessica Parker, Lisa Frank, Sarah Andelman of Colette, hot K-pop band BTS and others.

“Most importantly, we have to ask ‘does it break?’” he added. “Maybe it’s not necessarily a case built to protect the phone, but we can look at other accessories to introduce to the market.”

When it comes to the Razr, Moto promises that the screen will last for the life cycle of the phone. The flexible OLED display’s plastic fabrication means no shattering. It was also machined from stainless steel in a single cut, which seals it in from dust or dirt. The rest of the phone is made from glass and grippy resin.

Granted, tech enthusiasts bemoan a few particulars, such as an older processor chip, modest battery capacity and lack of facial recognition and developer support for the outside display — though the latter will come later with Android 10, according to Motorola.

But that may not matter to a consumer audience that wants the satisfying “thwack” of snapping a clamshell closed.

“We’re not in this race to be the first in terms of technical superiority. That’s a very narrow focus in our view,” Motorola’s Castano said. “Instead, I believe it’s our ability to surprise, delight and just develop technology that solves consumer pain points, that makes our products memorable. That’s our magic. That’s our secret sauce.”

Indeed, some of the touches were well thought-out. The tall 6.2-inch display is easy to hold in one hand and at 21:9, it’s well-suited for cinema viewing. The plastic screen doesn’t feel cheap, either, and on the outside, the extra external display can pull double duty when the phone’s open and taking a photo — a smiley face appears to cue the subject to smile.

Razr is as tall as a regular smartphone, but narrower, making it easy to hold in one hand. And the device folds in half to a slim package.

When closed, the second screen lets users access notifications, quickly read and reply to e-mails or texts and play music. People can also tap-to-pay without flipping it open. And, importantly, with two cameras at 16 and 5 megapixels, users get to snap a selfie in closed position with the better shooter.

The whole approach stands apart from Samsung’s Galaxy Fold and Huawei’s Mate X. The Razr smartphone doesn’t try to be a tablet, too, so it folds up nicely into a wee parcel. The depth is identical to the original flip phone’s 14 millimeters. The Galaxy Fold, for instance, measures 0.66 inches (or 16.76 millimeters) when closed.

The credit goes to “the chin,” a thicker piece at the bottom that houses most of the major components. It’s visible in open position but blends in when closed. It’s a smart use of space, though it might present some challenges for case makers.

They may have to get ready. The device is already claiming some hearts and minds since the press announcement. The affair itself may have signaled Motorola’s intentions with the tech.

If celebrities or the fashion sector embrace this phone — like they once did for BlackBerrys years ago — the specs may not matter.

When the first Razr launched, phones were more workhorses than lifestyle accessories. But today, some are even making a fashion statement with cases, personalized skins, stickers and holders. Some even started to wear phones around their necks — á la Prada. 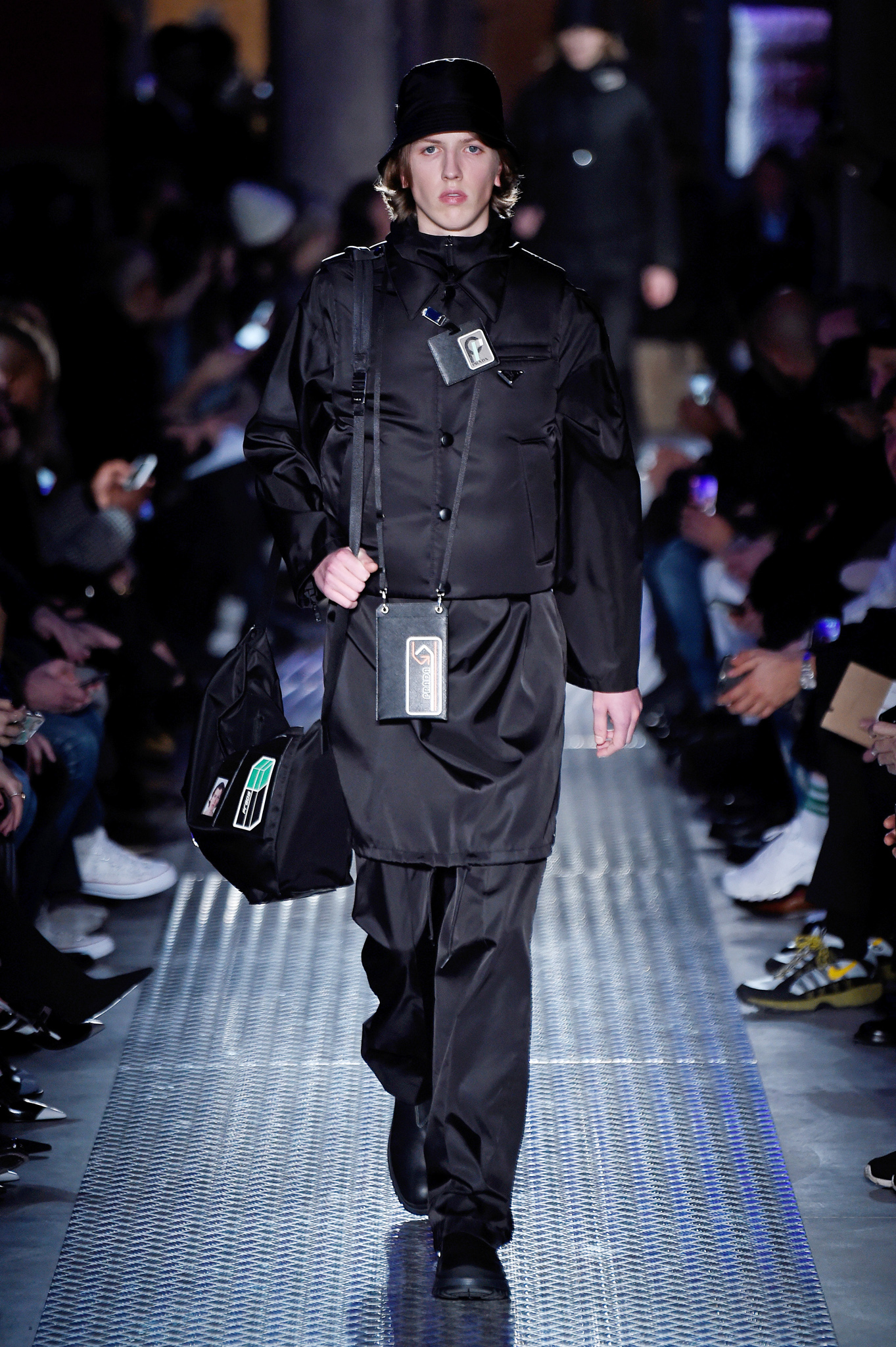 One could only imagine that a smaller device would work even better. And if more phones get bendy, a booming cottage industry of fashionable accessories could be ready to follow suit.