The beauty tech executive sits down with WWD to introduce Réduit and its new approach to high-tech hair care.

When Paul Peros left Foreo, the Swedish face-tech company that he helmed as chief executive officer from 2013 to 2018, he said he was leaving to pursue other projects. Since then, those in the know wondered where he would pop up next.

Now, at CES in Las Vegas, he’s ready to announce his next act. And, it turns out, the occasion marks his return to beauty tech.

This time, however, he’s setting his sights above the face.

In a briefing with WWD, Peros took the wraps off of his new company, Réduit, and its first products: The Réduit One, a high-tech hair-care delivery device that promises more effective delivery of active ingredients than simply slathering hair with conditioners or hair-care potions.

“What we’re trying to do here is rethink the whole product, which traditionally was a topical, in terms of effectiveness and delivery, for ‘precision beauty,’” said Peros, now Réduit’s ceo. “It is the precision of really getting the things that we want, where we need them, in the application itself.” 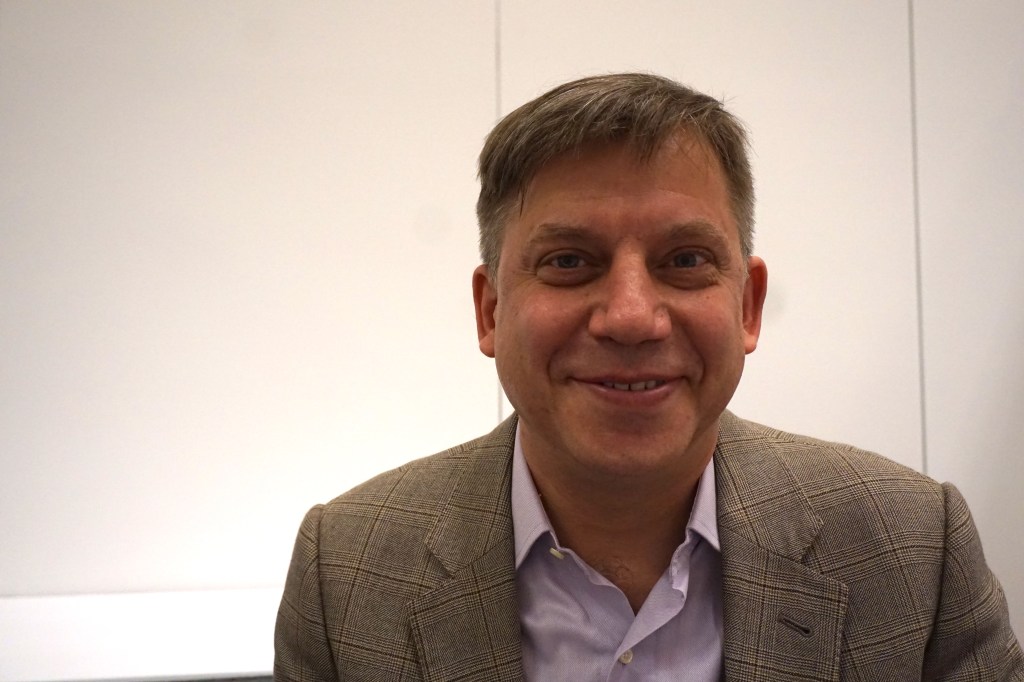 On a fundamental level, the concept is similar to what Procter & Gamble’s Opte does for the skin. But where it differs from many skin-care gizmos is in the tech.

French for “reduced,” Réduit draws on a team of scientists and professionals that hail from drug delivery, health, skin care, luxury cosmetics and research and development. Along with Peros, who has a background in physics and beauty technology, they’ve devised a new application approach using “Hairpods,” or cartridges, and a combination of different methodologies into one gadget.

The system hinges on ultrasonic diffusion, sonic pulsations, LED treatment therapy and magnetic misting to amp up delivery of active ingredients into the hair. 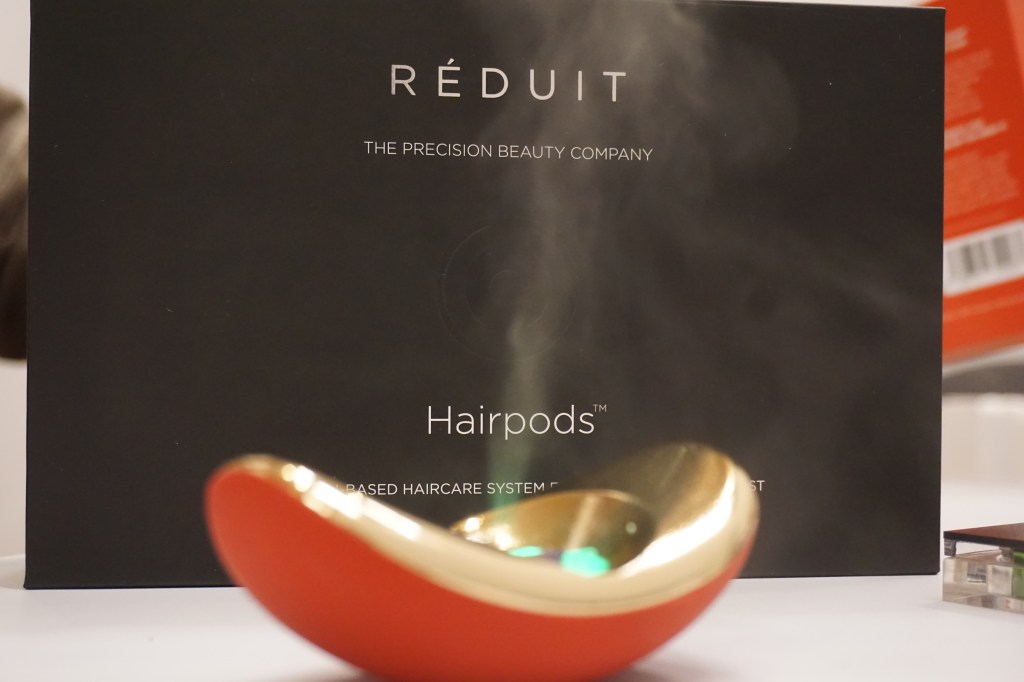 The device maximizes delivery of hair-care ingredients using a magnetic field, ultrasonics, vibration and other methodologies. What the user sees is a fine mist.  Adriana Lee

Here’s how Peros explained it: “Kinetic forces create the surface tension of water — because water has polar molecules. So with the magnetic fields, you basically make the water not to repel others.” Skin and hair are designed by nature to be waterproof, he continued, so figuring out how to get the actives absorbed is the trick. “So we, ourselves, need to remain waterproof, but at the same time, we’re trying to deliver products through the screen and into the hair,” he said.

A simple way to think of it is that magnetic fields help break up the liquid into smaller bits, with more surface area, while effectively changing the magnetic charge. This, he said, makes the serum “stick” better. The pulses or vibrations help dispense or disperse it across the hair, with the ingredients moving through hundreds of small holes of 10 to 20 microns in size. And the LED therapy helps boost the efficacy of the ingredients.

The consumer doesn’t have to mess with the technical details. He or she merely pops a pod into the device and passes it over the hair, so it can dispense a fine mist. The distance from the follicles varies by treatment — in some cases, it can be placed directly on the hair, while others are better suited to be applied at a further distance. Either way, the ease of use is the same. It might even be easier than brushing the hair, at least for people with tangled tresses. 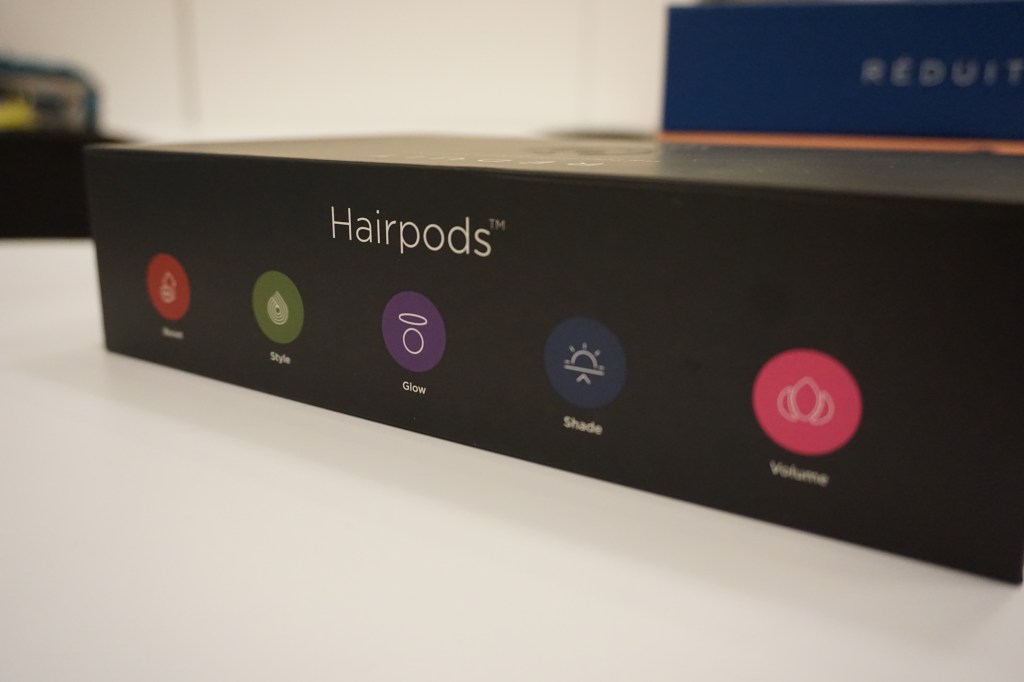 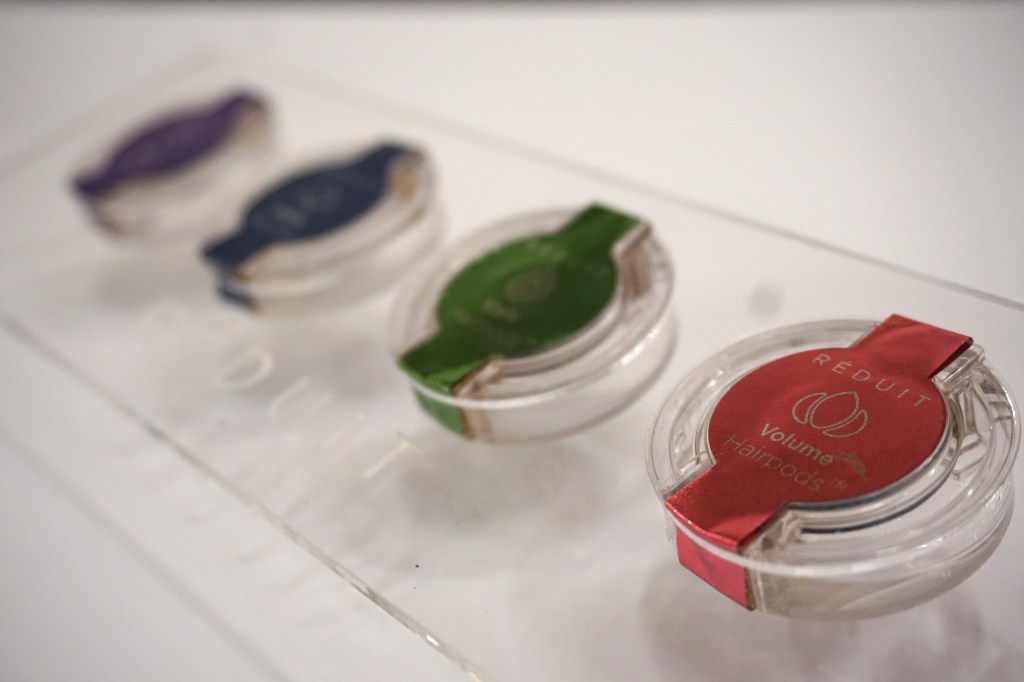 The pods cover a range of issues, from shine, style and volume to manageability, strength and UV protection.  Adriana Lee

The efficiency of the delivery allows one “Hairpod” to equal a bottle of traditional product. This means there’s less waste, a detail that Peros emphasized as a positive move for sustainability.

As for treatments, the starter set addresses a range of issues, from shine, style and volume to manageability, strength and UV protection. The company aims to add others in the future. But for now, the company is looking forward to releasing its inaugural product in the spring. The pods will be priced at $20 to $30, while the device will retail somewhere in the $200-to-$300 range, with possible variations on offer.

Beyond that, Réduit will be exploring other beauty segments, such as skin care and makeup. And that means the executive could land right back into his former company’s territory — this time, as a rival.