Pinterest’s first global advertising summit on Wednesday revealed a few surprises: Along with new ad products and growth in some surprising user segments, the company decided to add a little star power to its roster of speakers.

His advice for storytellers? “Go with something that means something, as opposed to playing it safe,” Levy said, adding that for his show — which resonated with LGBTQ audiences — he and his creators were “being as authentic as we possibly could.” 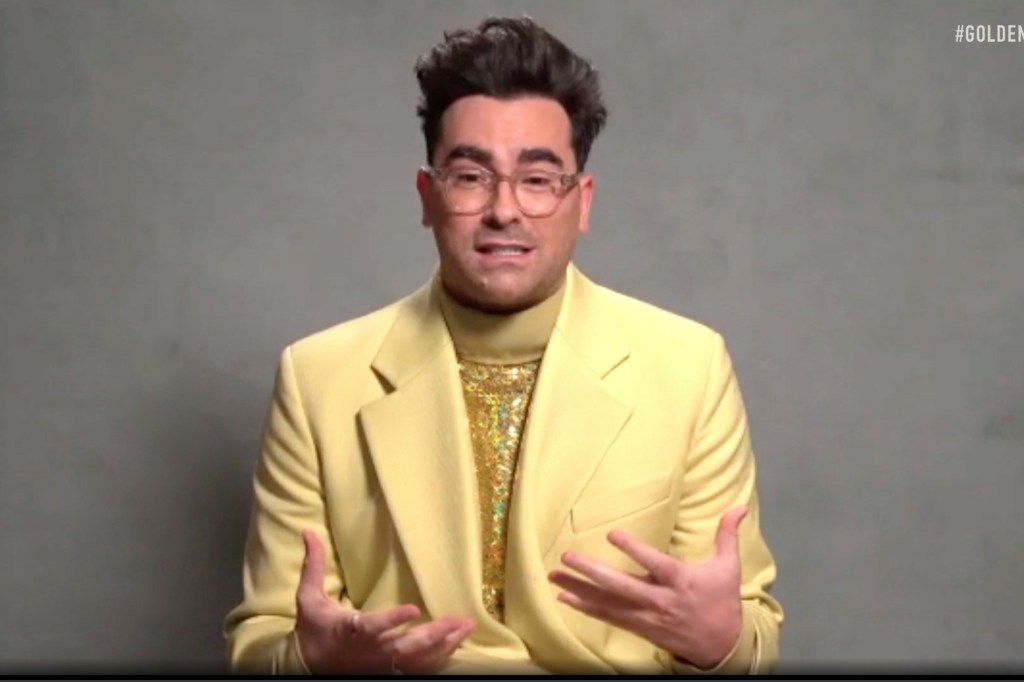 The sentiments fit well into the context laid out by Jim Habig, Pinterest’s global head of business marketing, ahead of the summit.

“Pinterest’s mission to help people around the world create a life they love has become more relevant than ever during the past year,” he said. “Through our long-held commitment to being a positive destination globally, we have the opportunity to lead with our values and shape the future for our users and partners.

“Advertisers around the world play an incredible role in building this positive environment, and we’re excited to share our new ad tools and insights to make it easier than ever to connect with our engaged audience around the world,” he added.

Those tools, revealed by the visual discovery platform on Wednesday, include new video placement and tools that provide trends, insights and conversion data.

According to the company, video is “exploding” on Pinterest, with users watching nearly one billion videos per day. With Pinterest Premiere, advertisers can slate exclusive video placement on the home feed for a targeted demographic or by category, combining demographic and interest, over a specific time frame. The goal is to help brands feature launches or brand events, as well as ongoing campaigns.

The company also unveiled Pinterest Trends and Conversion Insight, which help advertisers make sense of what’s popular in the platform and react to the trends, as well as gauge the success of their campaigns.

True to its name, Pinterest Trends covers trending data and insights from the platform for U.S. advertisers. Conversion Insight pulls promoted and organic metrics into a single report, to help brands better understand attribution windows and general consumer paths to purchase. They join Pinterest Predicts, which the company bills as its “not-yet-trending report. A window into the future from the platform where people go to plan it,” as described on the company’s business site. 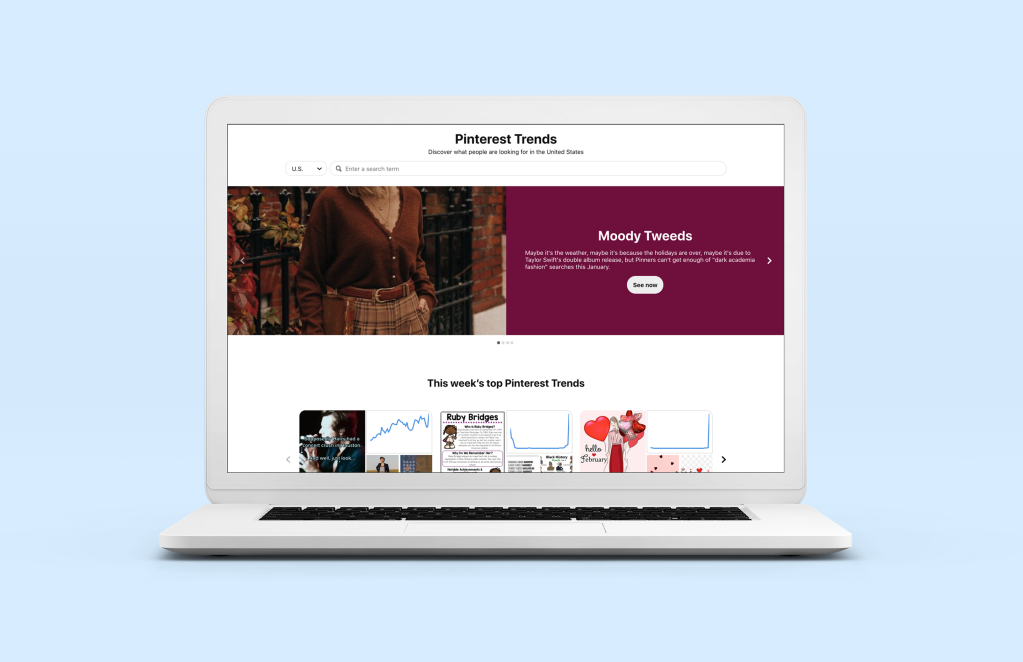 Pinterest Trends covers data and insights from the platform for advertisers.  Courtesy image

With a broad scope to cover, the company held virtual events in Australia, Canada, France, Germany, New Zealand, the United Kingdom and the U.S. It also notes that the virtual conference is fully DICE-certified, denoting the U.K.’s Diversity and Inclusion at Conferences and Events guidelines to ensure a representative and diverse set of speakers, perspectives and attendees at events.

Concerning matters of sentiment, Pinterest also addressed a few data points about some of its newer — and surprising — growth segments in a blog post on Wednesday.

The platform once known as a social bookmarking platform popular among women reports now that it’s gaining steam with Gen Z and male users.

Both audiences grew 40 percent year-over-year in 2020 on a global basis, the company said, and it credited the increases as key drivers for its new user growth in the U.S.

And despite a tumultuous 2020, the Pinterest behavior of Gen Z users in the U.S. seemed to show that they were hopeful about what comes next. Pinterest data shows that 46 percent remain career-focused and 54 percent feel optimistic about their financial future. Notably, this user segment was also known to create Pinterest boards to track small businesses to shop or boards for product lists.

They looked to stay active in social movements, tracking boards such as “Black Lives Matter,” “Native American Representation in Children’s Books” and “Power of Female.”

Overall, Pinterest appears to be doubling down on what it describes as “positivity matters” messaging. That sentiment is apparently data-driven, too: According to the company, eight out of 10 people who use the platform say it makes them feel positive.