In Poshmark's first earnings after IPO, its revenue beat estimates and yielded its first profitable year. So why are investors disappointed?

Poshmark combines resale, social selling and an inventory-zero model. Now, alongside its first earnings report after its IPO, the company announced that it's doubling down on video.

After going public in January, Poshmark founder and chief executive officer Manish Chandra followed up Thursday with holiday results that should have been good news: Sales and revenue for the company grew 28 and 27 percent, respectively, over the fourth quarter of 2019. But investors’ concerns over the current quarter’s forecast cast a shadow on the results.

Poshmark reported that it pulled in $387.2 million in fourth-quarter gross merchandise value and $69.3 million in total revenue, beating the $302 million in GMV and revenue of $54.7 million in the year-ago quarter, as well as the estimated $68 million in revenue expected by analysts.

Income from operations also grew year-over-year, going from a loss of $15.1 million to a profit of $1.6 million, marking the company’s third consecutive quarter of operating profitability.

The numbers look impressive — even more so when considering the company saw the same massive shipping delays that dogged other e-commerce purveyors, like Stitch Fix.

As Chandra told WWD, Poshmark did so well overall that it managed to absorb some of the disruptions. But “the biggest thing that we benefit from is the fact that we don’t have any centralized point of distribution,” he explained. “We have millions of sellers shipping from millions of locations, and that allows the load to be naturally distributed, compared to other places with more centralized warehouses, which creates traffic bottlenecks.”

Those details paint a picture that seems to prove his fundamental business concept. Poshmark’s brand of e-commerce combines resale, social selling and an inventory-zero model, as sales are done peer-to-peer, with its so-called “seller stylists” transacting with  customers over the platform.

And yet, for all the good news, Wall Street was still disappointed — not about the fourth quarter, but what the first quarter of 2021 will bring.

Analysts hoped they would see revenue of $79.2 million come in for the current quarter. So when the Poshmark projected between $75.5 million and $77.5 million, shares dropped more than 14 percent in after-hours trading, though the shares showed some signs of rebounding.

While states like California and Florida have brought high growth rates, he acknowledged that gains haven’t been universal across all states. “Texas is still reeling a little bit from the winter storm, and those growth rates were lower than our average there.” He believes those external factors will sort themselves out. Or at least, he hopes. 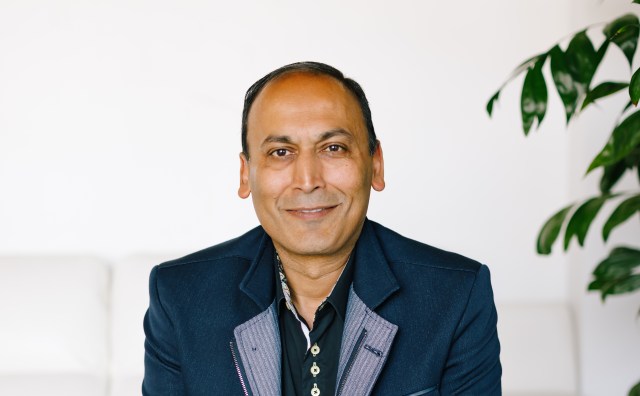 The just-signed federal stimulus plan could help e-commerce companies like Poshmark, along with others. How much or for how long isn’t completely clear yet, but regardless, the company wants to make sure the business keeps growing and developing. So in the meantime, it will continue building on efforts that started last year.

In 2020, the company debuted Posh Stories, its short-form, ephemeral shoppable video push; a marketing feature for pre-release items called Drops Soon, and a Reposh function that lets users resell items purchased on Poshmark with a single click. Soon after, it also added categories, expanding into “Beauty & Wellness” and “Toys & Games.”

The additions don’t end there: On Thursday, alongside the earnings report, the company unveiled another new video feature called Listing Videos.

Unlike Posh Stories, Listing Videos don’t disappear. They remain a permanent part of an item’s listing for as long as they remain on sale, or in Posh parlance, in a seller’s “closet,” always on hand to offer more detail about the product. When the video gets added to a listing, it’s also automatically posted to the seller’s Posh Stories for more visibility.

The company quietly began rolling it out, but now plans to fully pull the wraps off, targeting Friday for a full rollout across its community of 70 million people.

Video, Chandra said, will remain an ongoing priority for the platform. “When we think of videos and their relevance to a social marketplace like ours, we get super excited,” he continued. “And that’s why you see us investing in that technology, rolling out Listing Videos this week, introducing Posh Stories last year, and you’ll see a lot of innovation around that whole area from us.”

The continuous development — and its “asset light” model — helps keep the business nimble and less subject to market forces, which likely factored into an initial public offering that bathed the company in a $7.4 billion market capitalization.

Chandra remains optimistic about the future, especially as the coronavirus subsides. Wall Street may have doubts, but the Poshmark CEO believes shoppers are eager for normal life to resume, and some are already planning for nights out, vacations and other activities.

“When you look at Q1, in January to February, the searches for ‘summer dresses’ on the platform jumped up nearly 200 percent, [and] the searches for ‘bathing suits’ jumped up 150 percent. And that was one of the coldest months of the year,” he said.