Strengthing online offering is one way for the brand to offset the weak performance in Greater China due to protests and virus outbreaks.

Luxury shoppers who are forced to stay home due to travel restrictions will be able to buy a limited selection of products, 75 items to be precise, from its spring 2020 collection on China’s most popular online market place.

According to Tmall, the Prada online flagship is still in its trial period, but it managed to amass around 4,000 followers within hours of the soft launch.

Prada could not be reached for comment at press time, but the official announcement of the launch is expected to come soon. 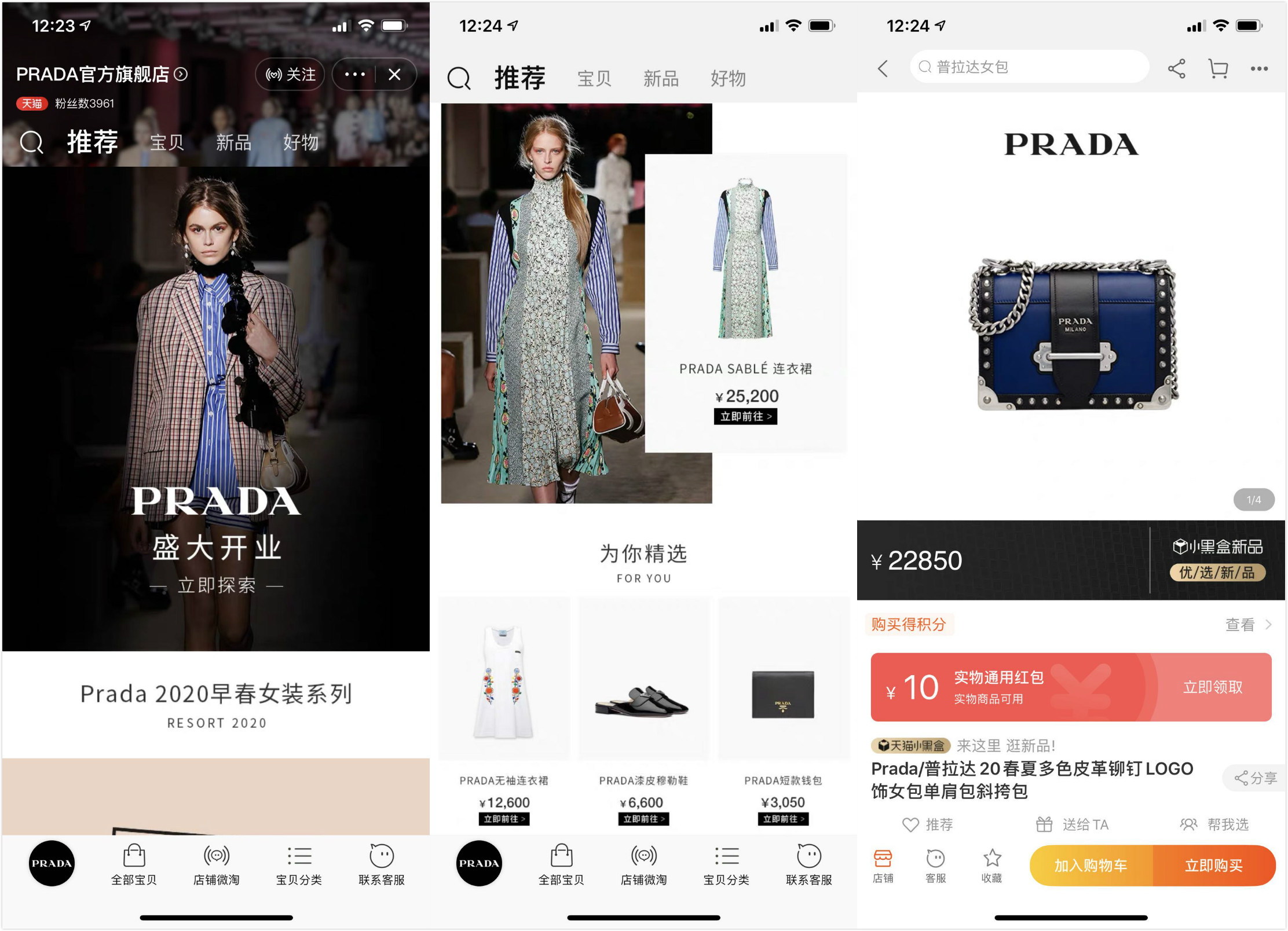 The brand launched e-commerce on its official web site in China in December 2017, and soon signed with Secoo and JD.com to expand its online sales channel. Teaming with Tmall means Prada can reach almost all online shoppers in China.

On top of appointing Raf Simons as the co-creative director of the brand to generate more buzz, the Italian bag maker has been bold and aggressive with its China strategy.

The brand restored the historic mansion Rong Zhai in Shanghai, and restaged Miu Miu’s cruise show in the city in 2018.

The brand reported a 5.1 percent sales drop at constant exchange rates in the Greater China region, which represents 22 percent of its revenue, in the first half of 2019, due to pro-democratic protests in Hong Kong.

The brand closed its 15,000-square-foot flagship on Russell Street in Causeway Bay, Hong Kong last month, four months earlier than planned. The rent of the shop was 9 million HK dollars a month.

Strengthening online offering is one way for the brand to offset the impact of the coronavirus outbreak, which has put a stop on physical luxury retail in China.

Most premium shopping malls and luxury brands in China have shortened their trading hours from noon to 5 p.m., from the usual 10 a.m. to 10 p.m.

A salesperson from a French luxury house told WWD that the footfall has been minimal but there has been an uplift on online sales via WeChat. While Louis Vuitton’s online sales in China also doubled during Valentine’s Day, according to the local press.

A report from GlobalData said, “the epidemic is expected to have a positive effect on industries such as e-commerce and online food delivery, as people increasingly try to stay at home and opt for online shopping and online ordering.”

While a survey published by Altagamma, Bernstein and Boston Consulting Group on Monday said the outbreak will have a 30 billion to 40 billion euros hit on the top line and a 13 percent hit on the EBITDA, as “sales in Greater China have ground to a ‘sudden stop’ and the lack of traveling Chinese are holding back sales in Asia and in Europe.”  More than 35 percent of luxury sales are dependent on Chinese nationals.