The serial entrepreneur broke out of retail's four walls.

Joseph Segel, the Philadelphia entrepreneur and founder of QVC, died Saturday at age 88, according to Qurate Retail Group, parent of the television home shopping network. No cause of death was given.

Segel, who founded about 20 companies in fields such as publishing, minting, photography, aviation, software, hospitality, and TV broadcasting, is best known for creating The Franklin Mint and QVC, the third largest e-commerce company in the world, behind only Amazon and Walmart.

After studying  HSN, one of the first TV shopping networks, Segel in 1986 decided to elevate the genre by insisting on truth in advertising and accurately describing products rather than simply hyping them. He knew the value of customer service and ingrained in employees the mantra, “Give customers more than they expect.” 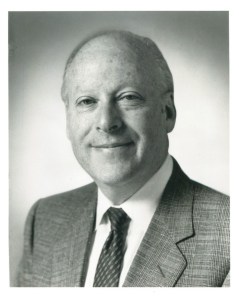 QVC aired for the first time on Nov. 24, 1986 as a result of partnerships with 58 cable systems in 20 states. The network today reaches 380 million homes worldwide through 15 TV networks, 11 web sites with more than 2.5 billion digital sessions, and interactions with close to 10 million Facebook fans.

Segel retired as QVC chairman in 1993, but continued to serve as an executive consultant to QVC management until 2013. At the time of his death he was no longer actively involved with the company, but retained the title of QVC founder and chairman emeritus. He remained curious and active, participating in the funding and creation of new products and companies, including HairRx LLC in 2014, featuring customized shampoos and conditioners.

“Joe Segel was a remarkable leader, entrepreneur, marketer, teacher and friend,” said Mike George, president and chief executive officer of Qurate Retail Inc., which is comprised of eight leading retail brands. “I’ve had the privilege to know and learn from Joe during my 14 years with QVC and Qurate Retail. He was a visionary whose ideas changed the way the world shops. He instilled the importance of customer focus and putting the customer first in everything we do. These founding values and Joe’s trailblazing spirit are still very much a part who we are today. Joe will be incredibly missed by our company and the broader Philadelphia business community and I’ll be forever grateful for his friendship.”

QVC host Jane Treacy recalled, “One of my favorite Mr. Segel memories is back in those early days, our customer service representatives sat in front of us, right in front of the stage taking your order. Well, we were really busy one Saturday morning. Mr. Segel was watching from home, as he often did, and called to say that there was an awful lot of background noise and it’s a little distracting.

“It was because every single customer representative was on the phone taking orders. Our producer said, ‘That’s the sound of America shopping, Mr. Segel.’ And he said, ‘OK great. Thank you very much, don’t change a thing’ and hung up the phone.”

Segel’s other businesses included everything from luxury hotels to computers. In 1964, at age 33, seeing people lining up at banks to buy the last U.S. silver dollars upon the death of General Douglas MacArthur, sparked the idea for The National Commemorative Society, which created limited-edition, sterling silver coins commemorating heroes such as MacArthur.

Segel, with his wife, acquired a small hotel on Mont Pelerin in Switzerland and renamed it Le Mirador. Over the next 27 years, while he was living in the U.S., Segel expanded the hotel and spa into a five-star resort, and it eventually became one of the 300 Leading Hotels of the World. Segel in 1990 sold Le Mirador to a Japanese group.
Segel learned how to fly, scoring 100 on the instrument-rating test prior to launching in 1975 Presidential Airways, a private jet service that conveyed executives to the Concorde. The company wasn’t a financial success and he sold it in 1980 to its largest customer.
Segel received many honors and awards, including being listed in the 2005 Harvard Business School ranking of  “The Great Business Leaders of the Twentieth Century,” and the 2007 Wharton School of the University of Pennsylvania’s “The Most Influential Wharton Alumni and Faculty in the Wharton School’s 125-year history.” At the time, only nine other people shared the distinction of being named on both lists, including Bernard F. Gimbel, Jon M. Huntsman, Laurence A. Tisch, Leonard A. Lauder, Reginald H. Jones, Robert L. Crandall, Walter H. Annenberg, William S. Paley and  Donald J. Trump.
Segel’s wife of 54 years, Doris, died in May 2018. He is survived by three children, six grandchildren and four great-grandchildren.
Funeral arrangements could not be learned at press time.
QVC