Razorfish and Abercrombie & Fitch Execs on Reaching the Next Digital Generation

Brands must gear up to communicate with the impending Generation Z — that is, those born in 1995 or later — in a shorter and increasingly multimedia way. 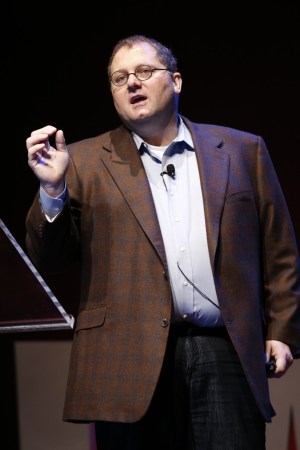 Katrina Lake to Step Away From Stitch Fix CEO Role

“For every baby born, there are 10 smartphones activated,” said Jason Goldberg, Razorfish vice president, commerce strategy, illustrating just how digital the impending Generation Z — that is, those born in 1995 or later — will be.

“The tactics used for Millennials probably aren’t going to work [for Generation Z],” Goldberg said. “They aren’t users; they are makers. They aren’t brand-loyal; they are brand-ambivalent.”

This means brands must gear up to communicate with this consumer in a shorter and increasingly multimedia way.

But there is a gap.

Sixty percent of people who started on a mobile device wound up finishing their purchase at a desktop, with an additional 10 percent of those going to a third device.

“When Millennials were 17 years old, they spent the majority of discretionary income on apparel. Generation Z spends it on Starbucks. We need to think differently about our relationship with those customers,” Goldberg said, noting that more than 25 percent of the U.S. comprises Generation Z.

With an average attention span of just eight seconds, this group is likely to start shopping trips digitally.

Billy May, Abercrombie & Fitch group vice president, can attest to this.

For Hollister, the Abercrombie-owned concept with a Southern California vibe that targets a slightly younger demographic, 90 percent of consumers start their journey online.

“That brand experience starts well before the consumer ever gets into the store,” May said, adding that the experience is “heads-down,” or one in which shoppers are looking at their devices. And while Generation Z’s shopping journey starts with mobile, the experience, for some, is becoming mobile-only.

Hollister wants to make every moment count with its fickle 16-year-old consumer.

“The first step was making creative more elevated. Instead of store creative used for digital, we used digital creative to drive the end-to-end experience,” May said of Hollister’s revamped digital experience that launched in July. “Rather than adapting a desktop experience, we designed for mobile first and desktop after.”