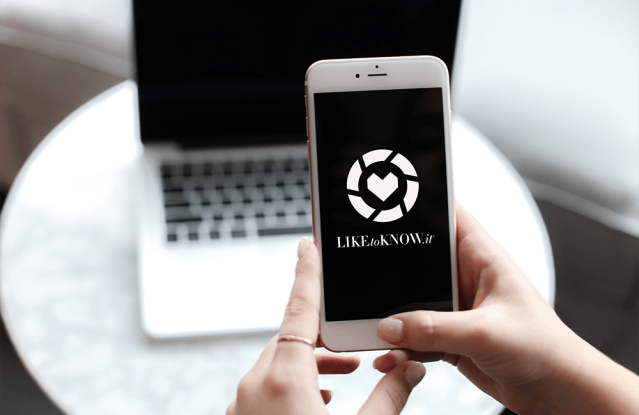 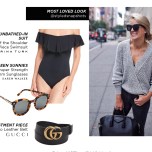 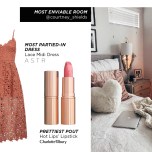 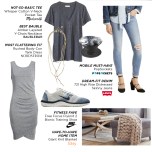 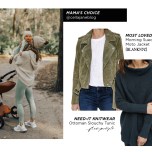 This is how much the influencers of RewardStyle-owned Liketoknow.it’s network drove in retail sales in less than one year — or between Jan. 1 and Dec. 7 to be precise. But what exactly were followers rushing to buy?

A lot of motorcycle jackets, according to the first Liketoknow.it Awards, which will today reveal 21 winners from 17 categories, as well as four consumer choice awards (four most-liked images from each of the Liketoknow.it handles). The company analyzed data from about 20,000 influencers and 4,000 retailers to determine the best-selling item in each of the categories, which span clothing, shoes, jewelry, beauty and tech accessories.

“We have decided to open it up and share data with the public because Liketoknow.it’s a consumer-facing property and so much retail is running through it,” said Amber Venz Box, cofounder of RewardStyle, a predominately B2B company that helps content creators monetize their content through affiliates and partners retailers with content creators. In 2014, the Dallas-based firm rolled out Liketoknow.it, a product for consumers that allows bloggers and brands to monetize social media posts.

“The tan suede moto jacket and tan suede bootie are two classic wardrobe-builders that are still seeing high volume demand. At this point, I’m not sure that there is anyone left that doesn’t have these two pieces,” Venz Box said, listing “white washed homes,” and “uber-chic” strollers, such as the more than $1,400 Mima with a reversible reclining seat as trending on social media this year.

“Influencers and consumers both shied away from designer labels on garments and accessories with one glaring exception: the Gucci logo belt. Basically everyone wore it and everyone bought it,” she added.

These findings, which shed light on what influencers were the most adept at selling, will likely be helpful to retailers in the midst of mapping out the next year. Whether this is a contemporary buyer deciding to order more motorcycle jackets or a marketing team that’s now more informed about which products to peg specific influencer activations to, one thing is clear: the volume of sales content creators fuel is only getting larger.

So are their incomes.

This was a breakout year in terms of influencers who entered a new income bracket, meaning those responsible for driving at least $1 million in sales. Venz Box pointed out that 83 percent more influencers year over year will earn $100,000 through Liketoknow.it, inclusive of percentages of affiliate sales and flat rate projects. To be clear, this amount is how much these content creators will earn.

Venz Box declined to reveal what percentage of a sale an influencer gets as the cut varies per retailer, but said “it would be safe to assume that this group drives over $1 million in retail sales per year.”

And while driving $1 million in sales through affiliates might have become table stakes for top influencers since 2014, what’s changed is that it’s no longer just a handful of content creators who have ability to do this. According to Venz Box, hundreds of influencers in Liketoknow.it’s network will meet — and in many cases, surpass — this threshold.

“We harness these influencers in social media with one access point and attract a group of consumers who are there specifically to buy. There’s no tricks to this — they literally give us access to so much personal information because they just want to buy what they saw on someone they admire,” she said, noting that the nine-month-old Liketoknow.it app hit one million registered users Tuesday.

She maintained that the Liketoknow.it brand is not an editor, nor is it a magazine. She called the app a single destination where users can find the influencers they wish to follow and “search and sort them however you like to get to the content you like.”

On the app specifically, two-thirds of sales now come from suggested or “discovery” content that was introduced in July. The latter is comprised of vertical feeds within the app dedicated to categories that include Home, Fitness, Family and Men’s.

“The app was launched as a tool for shoppers to get more information about what they found elsewhere on the web, but the sales data shows that consumers are now buying based on the relevant content we surface to them, [they’re] actually buying two times as much from our discovery content than from the content they screenshot or liked elsewhere,” Venz Box said.

On Thursday, a new “Recently Viewed” feature will roll out so users can access a feed of products they recently clicked out of from the app.

“With consumers spending five hours a day on their phones [and] 90 plus percent in social platforms…it’s become so important to brands to be able to drive sales through social,” she said.