Thanks to a partnership with TheTake, more TV shows are about to become shoppable. Meanwhile, a new Samsung TV courts Millennials.

Small screens might be usurping TV’s role as the consumer’s dominant screen in life, but the trusty living-room set refuses to go out without a fight — especially when it comes to the public’s favorite pastimes: social media and shopping.

At CES in Las Vegas, South Korean electronics conglomerate LG and tech firm TheTake, which specializes in scalable video commerce, announced that shoppable TV will be coming to the former’s webOS-powered televisions this year.

Beyond the Monday announcement, TheTake also revealed a spate of partnerships that will allow viewers to shop TV programs across media companies including WarnerMedia, A+E Networks, Crown Media Family Networks and NBC Universal.

NBC Universal launched shoppable TV last spring, and tests and pilots were so successful, the demand crashed its servers. Since then, the company has been expanding the initiative — from its first Lacoste buying opportunity for the French Open in May and other individual executions, like on the “Today” show and its Tour de France broadcast, to its December announcement that the program will extend to all 11 of its networks.

“Shoppable video has been talked about since the days of Rachel’s sweater on ‘Friends,’” said Tyler Cooper, TheTake’s cofounder and chief executive officer. “Previous solutions haven’t addressed the long tail opportunity where each individual viewer wants to shop for something different. Shoppable video isn’t just about Rachel’s sweater, but also Chandler’s jacket, Joey’s sunglasses, Monica’s couch and so on.”

Machine learning drives TheTake’s proprietary technology, allowing it to identify and tag hundreds of different products per TV episode and thousands of items per movie. And overall, it can recognize several hundred million products from thousands of retail partners when they pop up in TV shows and movies, the company said.

According to Michelle Fernandez, head of home entertainment brand marketing at LG Electronics USA, “the ability to seamlessly shop for the items we see in our favorite shows and movies is something we’ve long wanted to bring to LG smart TV users.”

Per episode, the firm figures it can make more than 500 products shoppable, and it promises that owners of LG’s upcoming webOS Smart TVs will be able to see and buy across several categories — including fashion, accessories, homeware, gadgets and even menus and recipes on network shows. The categories could expand as TheTake adds partnerships.

So far, it has agreements in place to roll out across millions of set-top boxes later in 2020. And it’s eyeing other content providers, connected TV makers, streaming platforms and cable/satellite providers.

Think of it as the world’s biggest smartphone, minus the touchscreen. 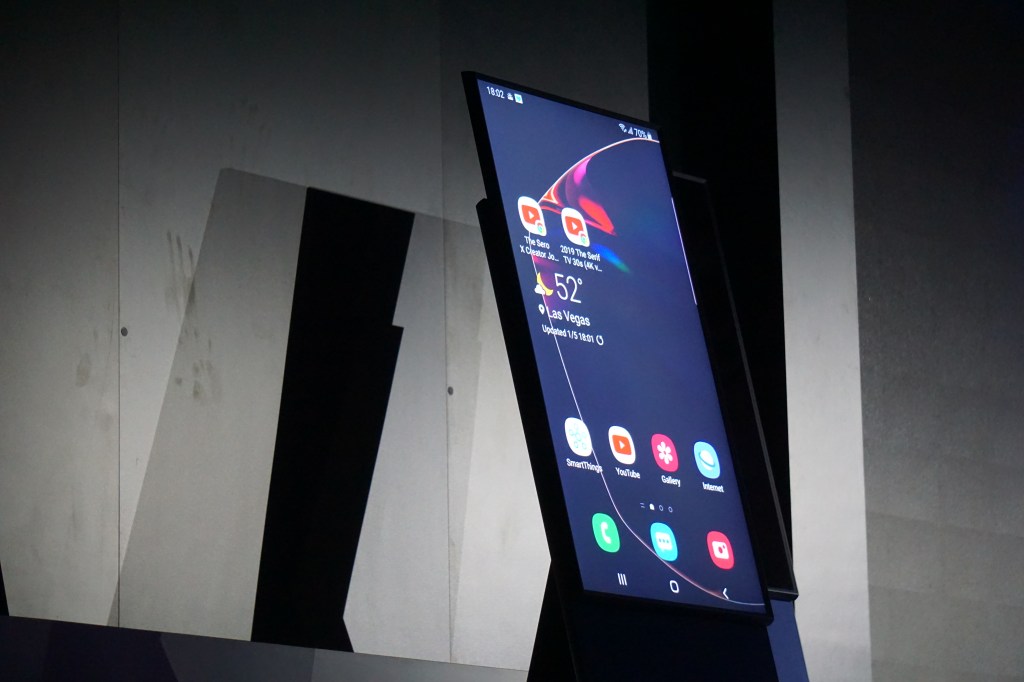 “When we use our phones today, we almost always hold them vertically. This has completely transformed how we create and share video content,” said Grace Dolan, vice president of home entertainment marketing for Samsung, onstage. “In fact, one recent study found that four out of every 10 videos created on a mobile device are now shot in portrait mode. But consumers have not yet been able to express that vertical content on a TV…until now.”

The Sero was designed to appeal to Millennial and Gen Z consumers, she added, “who consume social media almost as much as traditional TV, maybe even more.” 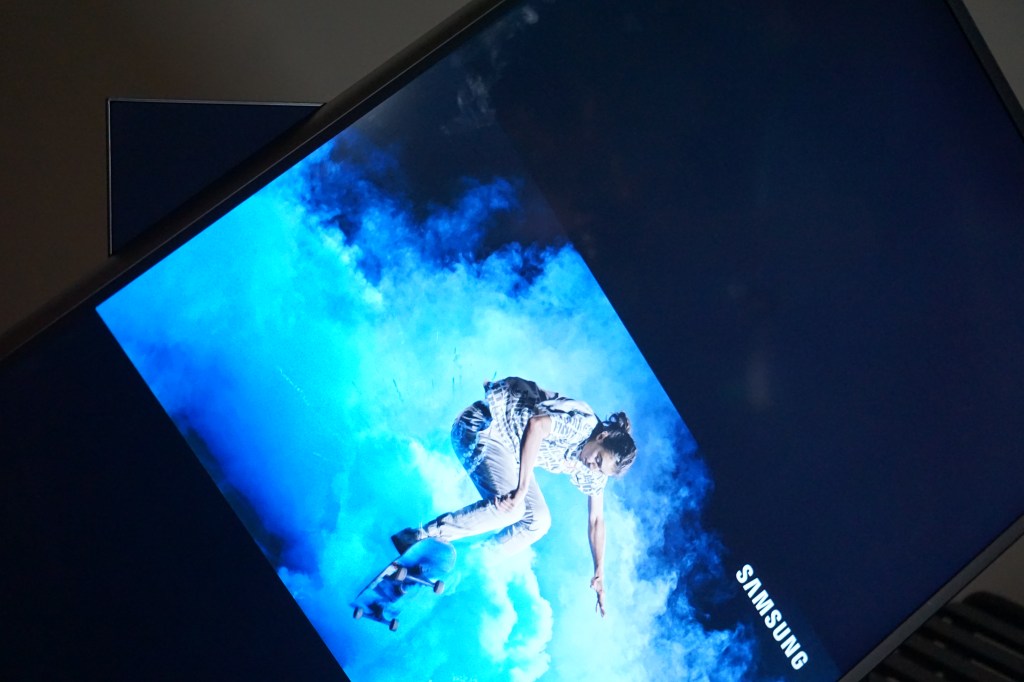 It’s hard to know if Samsung is serious about this, or whether it’s a gimmick to put eyeballs on the company’s TV line. Granted, it won a CES 2020 Best of Innovation Award. But it still seems like the TV equivalent of an expensive Swarovski-studded bra and G-string — an unusual offering created, perhaps, knowing that few to none would ever actually buy it. It’s also not helped by the fact that Samsung didn’t disclose a sale price.

But it will nab plenty of headlines anyway.