Amazon, Kering, Veja and nonprofits Fashion for Good and AII gear up for more sustainability commitments and e-learning this July.

Amazon is testing its way toward domination in fashion, starting with sustainable fabric sourcing.

Although sustainability commitments seemed in jeopardy earlier this year, corporations like Amazon, cult sustainable brands like Veja and nonprofits are gearing up for more.

SUSTAINABILITY E-LEARNING THIS MONTH: Sourcing Journal’s virtual sustainability summit this Wednesday appears to be just the tip of the iceberg in a plethora of sustainability events and masterclasses.

Participants attending all three sessions are eligible for certification from Fashion for Good.

“Along with the rest of the world, we’ve been cautious to not do too much too fast, and we’ve continued to lean into virtual forums for program activities whenever possible,” Lewis Perkins said in an e-mail accompanying the latest news.

AII’s local experts are preparing to launch 2020 programs later this year, including expanded activities like chemistry and wastewater management, “Tier 1 efficiency,” and “supplier carbon target setting” — pertinent with the rise of ESG-seeking investors. The nonprofit also has webinars slated for July 14 and 21. 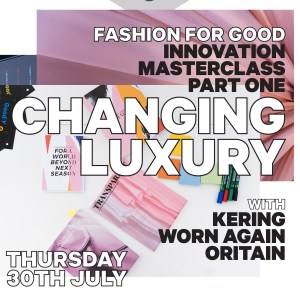 Fashion for Good announces a three-part series on sustainability.  Courtesy

THE RIPPLE EFFECT OF AMAZON GREENING: At the end of June, online retail behemoth Amazon partnered with CanopyStyle ensuring that by 2022 all of the company’s private-label clothing will not include “rayon or viscose derived from ancient and endangered forests.”

The commitment includes all of the fabrics used by Amazon’s private fashion lines, which includes more than 60 brands. It will also bar the use of either material coming from endangered species’ habitats or “other controversial sources” as defined by Canopy’s reporting metrics.

Along with fabric and clothing, Amazon also announced sustainability commitments in packaging and leather — signaling areas where competitor brands will likewise need to push the envelope.

With more than 100 million Amazon members worldwide and nearly $300 billion in net sales in 2019, the commitment has “extensive reach” and “the potential to catalyze a major shift in the fashion and e-commerce industries,” according to Amanda Carr, director of strategic initiatives at Canopy, in a blog post. 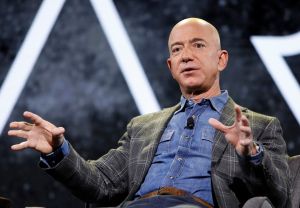 Despite a cult Millennial following, Veja has been around since 2004 and earned B Corp certification in 2018. In early March, Veja opened its first store in the U.S., in the SoHo neighborhood in New York. This followed the September opening of Veja’s first store in Paris. Signature elements in either location include unpainted walls, untreated floors and minimal decor.

In a past interview with WWD, Sébastien Kopp, the brand’s cofounder likens each space’s location and interior design to an ongoing attempt to “keep it cool.”

Similarly, Veja x Darwin employs a “rough space with limited waste.” Wood design elements are sourced locally from the Bordeaux region and the store is powered by 100 percent renewable energy by Enercoop. 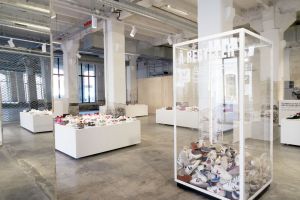