It appears on every PlayStation and Xbox video screen sooner or later: the dreaded "Game Over." But activewear brands like Nike, Adidas, Reebok and Puma are just beginning to play in the video game arena.

By Andrew LaVallee and Melanie Kletter on May 18, 2005
View Slideshow 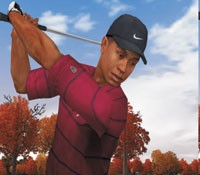 It appears on every PlayStation and Xbox video screen sooner or later: the dreaded “Game Over.” But activewear brands like Nike, Adidas, Reebok and Puma are just beginning to play in the video game arena.

Sportswear product placement in video games is increasing fast, and with good reason. According to a 2004 report by the Entertainment Software Association, video and computer game sales in the U.S. reached $7 billion in 2003 and continue to grow. That makes gaming almost as big as the U.S. movie industry. (Domestic box-office returns have hovered around $9.5 billion for the past three years, according to the Motion Picture Association.) The average gamer is 29 and expects to be playing as much or more 10 years from now. And girls and young women now account for about 39 percent of game players, a figure that is steadily growing.

Those demographics are exactly who activewear brands are trying to reach. “Gaming is a part of many of our consumers’ lifestyles,” wrote Barney Waters, vice president for Puma North America, in an e-mail. “It makes sense for us to be there.”

It’s a natural fit for Nike, too, and the brand now appears in many video games related to its various sports lines. Tiger Woods, a Nike-sponsored athlete, appears at virtually every sporting event in the company’s apparel, even if it happens to be in a video game. “The folks at EA (game maker Entertainment Arts) are all about authenticity,” said Nike Golf marketing director Chris Mike, referring to the company’s partnership with the video game maker of “Tiger Woods PGA Tour 2005.” “If Tiger Woods is in the game, he’s going to be wearing our apparel.”

The average game playing session is 55 minutes, “so you’ve got this extraordinary opportunity to catch these people where they’re involved, caring a lot about what they’re doing,” he said.

Massive specializes in video game advertising and has developed a system for delivering ads to console and PC games while gamers are playing. Unlike the product placement done in “PGA Tour” and “NBA Live,” advertisers can program a campaign and change it on the fly. For example, an apparel retailer’s store could be featured in a game, then change the ads in the store window, down to the price and the image, Skeen said.

Since more consumers are tuning out TV advertising with their digital video recorders or other forms of media, gaming gives marketers a chance to regain an immersive environment.

“With the fragmentation of media, you can’t rely on one medium anymore to reach the consumer,” said Marc Fireman, Reebok’s global director of interactive media. “And consumers choose games now the way they choose clothing.”

In October 2003, Puma partnered with Activision, maker of “True Crime: Streets of L.A,” to outfit main character Nick Kang in fall 2003 apparel and footwear. An in-game mission was to track down a truck filled with Puma merchandise, while exploring a city whose billboards and bus stops contained Puma ads.

In “True Crime” and “NBA Live,” brand names are a reward for the best players. High-scoring players get to ride a Puma motocross bike in “True Crime” and players who find secret codes in “NBA Live” can choose from more than 100 Nike shoe styles.

Reebok late last year signed a multigame deal with Electronic Arts, the game software company, and its products will appear in a number of games, including “NFL Street 2.” “This also brings authenticity to the games since we sponsor the NFL and players wear our brand,” Fireman noted.

Adidas has partnered with EA as well, most recently in “FIFA Soccer 2005.” The soccer championship game features teams from around the world that can all be outfitted in Adidas cleats and uniforms. Adidas is a sponsor of FIFA, so the move into video games is a complement to its real-life activities.

Marc Ecko is another sportswear designer who is moving into the video game area. However, Ecko isn’t just putting his products in a game. The founder of the popular Ecko Unlimited and Ecko Red labels has spent the last seven years developing a sophisticated video game for Atari, which is scheduled for release in September.

The game, called “Marc Ecko’s Getting Up: Contents Under Pressure,” has a hip-hop soundtrack and is an homage to the culture of graffiti. The company will also unveil a line of T-shirts tied to the game when it is released, said a company spokesman. The game will contain some Ecko designs, but it will be subtle, with no visible Ecko logos.

The financial arrangement for these product-placement arrangements varies based on the partnership. Massive sells game advertising similarly to television advertising, in which advertisers buy rating points, reach, frequency and time slot. The cost per thousand impressions, a standard advertising pricing model, varies depending on those factors, but Skeen said it’s “competitive” with television. A company might spend $20,000 for a two-week campaign on one game title, he said, but large brands could run for several months across multiple titles, increasing the cost to six figures.

For Puma, the Activision partnership was primarily for branding purposes, as well as “a chance for us to do something fun and creative,” Waters wrote in an e-mail message.

Puma is extending its partnership with Activision, so future lines will likely appear on gaming consoles as well as in retail stores.

But it’s important not to hit the gamer over the head with the brand. Too many logos and ads ruins the gaming experience, Waters noted.

Skeen agreed, noting that since the average game will have 40 to 45 hours of play, there’s opportunity for more subtle marketing. “If you do clever advertising, and you do it in an environment someone cares about,” he said, “you don’t have to beat someone over the head with your product. They’ll find it.”

With all these sportswear firms entering into the video game area, can we expect a fashion designer like Marc Jacobs to outfit the next video game hero? Skeen said it’s not as farfetched as it sounds. Noting that marketers like BMW and Sony have advertised in video games, he said. “I think the trick for a designer like that is to find the right game and use a [tie-in] that really spoke to his audience. If the question is whether video games reach that audience, the answer is ‘absolutely.'”