Read about The Lobby, Gem Search and White Label. These start-ups are redesigning product discovery, so brands pay less for ads and marketing.

Marketing has been whipped into new form by experience-led Millennials and like-minded Gen-Zers, but with the rise of e-commerce, online advertising has grown competitive and expensive for brands wishing to scale their business.

Brands hoping to reach new audiences may be sending product into the void if communicated through an uninformed targeted ad on Facebook or Instagram. Sometimes that’s not even enough, as the proliferation of choice has left many consumers fatigued during discovery and after a while product ads start to look the same.

In response, several start-ups are hoping to capture new value for brands, through customer acquisition and distinctive editorialized viewpoints. It’s part of a larger effort to engage consumers more effectively and efficiently.

The Office as Distribution Channel

The Lobby is creating a distribution channel for brands that leverages the place people spend the majority of their time — the office — to put products into the hands of consumers.

Enabling an end-to-end experience for a shopper, ordering is optimized with the office in mind, serving up weekly editorialized e-mails, which notify customers of new collections, brands and trend-worthy insight. Customers then click to request the goods.

With now 50 companies in San Francisco checking into The Lobby’s platform, the first one The Lobby started delivering to was Pinterest, appropriately a community in its own right. The pioneering group of women, “the 4:30 club,” as they named themselves in their Slack team chat, got together each day at 4:30 p.m. to open their packages. Arriving in sleek black-and-white shopping bags by way of The Lobby’s own in-network couriers, the women experience hassle-free returns. Seven days after delivery, returns are collected from the office reception (or mailroom) and charges are applied for what items are kept.

Today’s open office environment already calls for a catwalk, according to Abigail Holtz, the chief executive officer and cofounder of The Lobby. Holtz attributes a workplace trend wherein employees are already ordering personal packages to their offices.

The brand value proposition is fostering word-of-mouth envy among the throngs of women already ordering clothes to their workplace and giving them a product to try-on, touch and feel from “elevated direct-to-consumer brands” as Holtz stated: the ones that are “harder for the customer to try.”

It’s less about displaced productivity. From a traditional human resources perspective, clothing hauls in office might as well be a box of puppies deposited in the lobby, but today, the inverse is not a distraction but rather a recruitment perk. When many tech companies such as Google, Pinterest, DropBox and Twitter are adopting conveniences such as offered by The Lobby, it could set a precedent for others hoping to lure fresh talent, or instill a new workplace standard.

Following a pre-seed funding round of $500,000 in June by SV Angel, Hayley Barna, cofounder of BirchBox and first female general partner at First Round Capital, led the latest seed round of $3.75 million at The Lobby. Other investors include SV Angel, Uncork (formerly Soft Tech VC), 3kvc, FJ Labs and Firebolt Ventures, as well as strategic investors such as InterWest’s Keval Desai.

Citing the dramatic shift in shopping behavior that e-commerce has accelerated, the office is becoming the “hub for many of the purchase decisions and last-mile delivery.” And companies such as The Lobby are hoping to transform the workplace, so “The proverbial ‘water cooler’ can be the Tupperware party for this generation,” as Barna reiterated.

The seed round will be used to grow the team and scale The Lobby’s platform. With that, the company will aim to grow their product assortment (which includes more than 30 brands such as Cuyana, Dagne Dover, Greats, etc.) while expanding the reach of the service to new workplaces and more consumers. 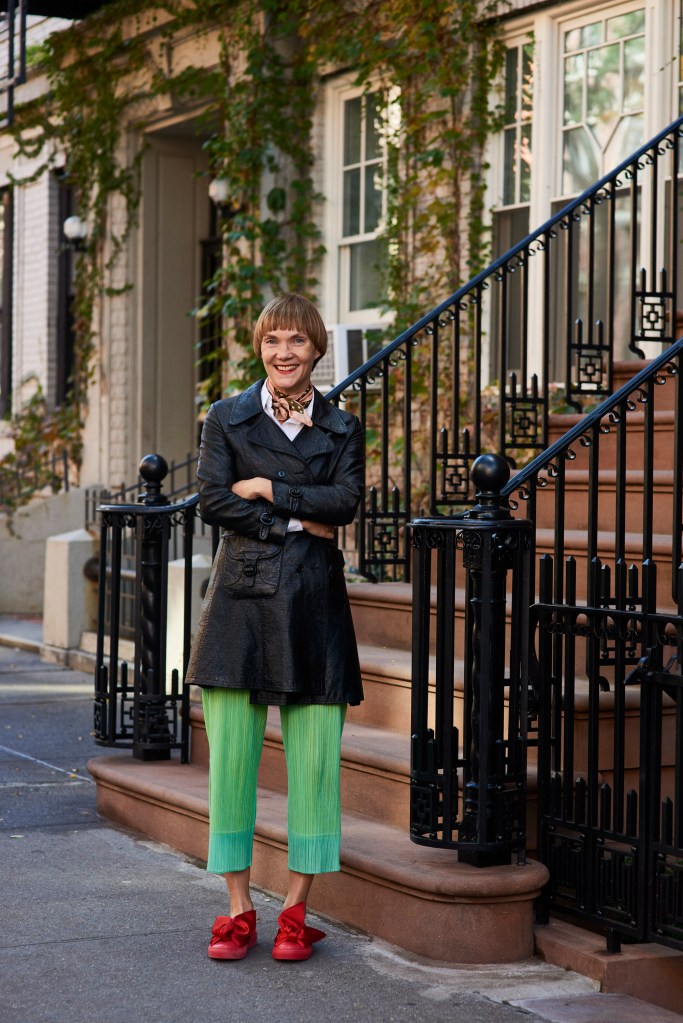 Thousands of independent sellers from the U.S. and U.K. and more make up the Rolodex of Gem Search LLC, (otherwise known as Gem) the first search engine for vintage clothing. Gem launched at the end of May, and works by garnering results from sites such as Etsy, Farfetch, Heroine, Fashionphile, Luxury Garage Sale, Beyond Retro and others.

Prior to Gem, Finnish writer and street-style photographer Liisa Jokinen pioneered street-style photography in Helsinki to bring her efforts Stateside. She launched “NYC Looks,” after the success of her blog “Hel Looks.” In whatever she pursued, she always maintained an affinity for green behavior and the niche style eccentricities, attempting to map out New York City’s vintage scene before building Gem with her husband and cofounder.

Growing up, Jokinen claimed her family didn’t even own a wastebasket. Instead, items were composted or recycled — never tossed for trash.

No joining fee and free to use, Gem is focused on search and discovery. Through its partners’ affiliate programs, the app aims to produce revenue. Heroine, Grailed’s sister online marketplace for high-end women’s wear, “for enthusiasts, by enthusiasts” is also indexed by the app.

Education, on top of storytelling through vintage clothing, is an important component for acquiring newcomers to the secondhand market. In its Gem Stories blog, Jokinen hopes to educate consumers on care instructions, outfit pairings and must-see vintage shops, where she will map out key cities.

In the midst of packing all her belongings into storage to take an excursion to the West Coast, Jokinen plans to map the best vintage in Portland and Seattle for her city guides.

Jokinen’s longtime goal is to encourage non-sustainable shoppers to change their ways — and “start buying secondhand” through spotlighting the many vintage stores, and their product, in one place.

Newcomer White Label is based in Silicon Valley, with a similarly pristine interface, for brands to get discovered on its marketplace platform. Launching in November 2018, the platform boasts no listing fees and takes 15 percent commission as well as a way for brands to seamlessly sync their product inventory.

Its main competitors, according to cofounder and chief executive officer Konnor Bennett, include an online boutique marketplace, Garmentory, and Wolf & Badger, both of which charge higher fees for listings.

“Our brands would never list on Amazon,” said Bennett to WWD. White Label boasts 25 brand members worldwide and only ships within the U.S.

It’s clear of the appeal of the marketplace to the modern consumer, and to brands, further value may be had — leveraging channels as a means to encourage brand awareness, product discovery and hopefully, loyal customers.