TAU is developing a compression pant capable of resistance training, thanks to detachable pods.

This week, wearable start-up TAU comes to market armed with some fashion and sports cred, plus an ambitious promise: The company is coming out of stealth on Tuesday with a compression pant that aims to help athletes with resistance training, and look good doing it.

The twist, executives told WWD, is the technology at the heart of the system. The resistance is provided by two electro-mechanical pods that click into the garment on each side.

Resistance is used by swimmers, runners, football players, basketball players and just about any other serious athlete. For most people, resistance-based workouts usually involve extra equipment, not clothes that can optimize movement.

Von Hoffman and his daughter, Kate, conceived an idea to offer smoother, more calculated resistance after she suffered a soft-tissue injury. Named after the Greek letter used to symbolize “torque,” TAU developed the pods — there are two of them — that sit at each hip and use the body’s natural biomechanics as part of the system.

“Imagine a post mounted at your hip. And then a lever is associated with that post, and the lever runs down the lateral side of the leg. So, as your leg swings forward and backward, the lever swings with respect to the post,” TAU cofounder Gerard von Hoffman explained. “That’s where we apply the resistance, and we can control the level.” 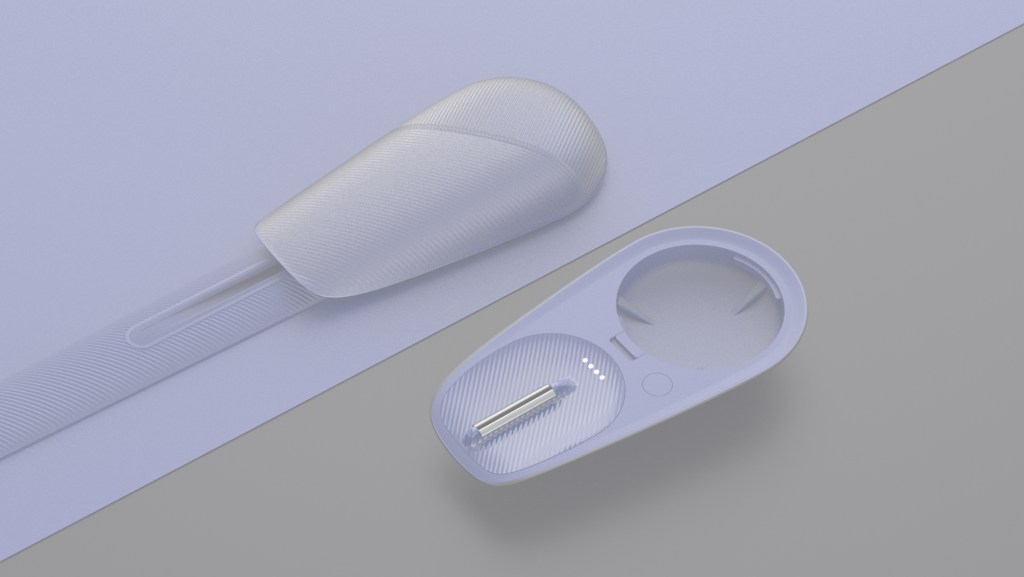 The devices not only actively provide resistance, but also track granular data on the wearer’s movements. The long list includes the type of information sought after by elite athletes — from calories burned and distance traveled, to average pace, stride cadence, the variety of ways power is applied, power-to-weight ratio, comparisons between left and right hip, etc.

TAU hopes to add leg-spring stiffness and vertical versus horizontal power at some point. It’s the sort of thinking that could mark a shift from traditional resistance tools, which tend to be based on elastics that are hard to control and offer inconsistent tension.

Von Hoffman — a swimmer, former NCAA gold medalist, former masters world-record holder and founder of Knobbe Medical, an intellectual-property law resource for medical device start-ups — understands the challenges all too well, and believes his company has come up with a better approach.

The Sports & Fitness Industry Association seems convinced. The group named TAU as one of five finalists to present at SFIA’s fourth annual Start-up Challenge on Tuesday.

The Washington, D.C.-based trade association spans as many as a thousand brands across footwear, apparel, sporting goods and fitness manufacturers. So far, 16 finalists across the group’s previous three pitch competitions have gone on to raise more than 140 million in funding.

“We obviously see a lot of different innovations through our current membership,” said John Peters, SFIA’s vice president of business development. “The thing that stood out the most [about TAU] was the vision of trying to blend or merge resistance with fashion, or textiles and apparel.”

The company, which already has a seed round under its belt, will hit the stage ready to spotlight its innovation and its expertise in biomechanics. And in the process, it will also showcase its fashion sense, thanks to a compression pant designed as much for wearability and looks as wearable technology.

“The goal is to make it comfortable enough that people will want to wear them around, even without the pod,” said TAU’s chief executive officer Fritz Winans, a longtime fashion exec who has held leadership positions at Tamara Mellon, Liz Claiborne and Hudson’s Bay Co. 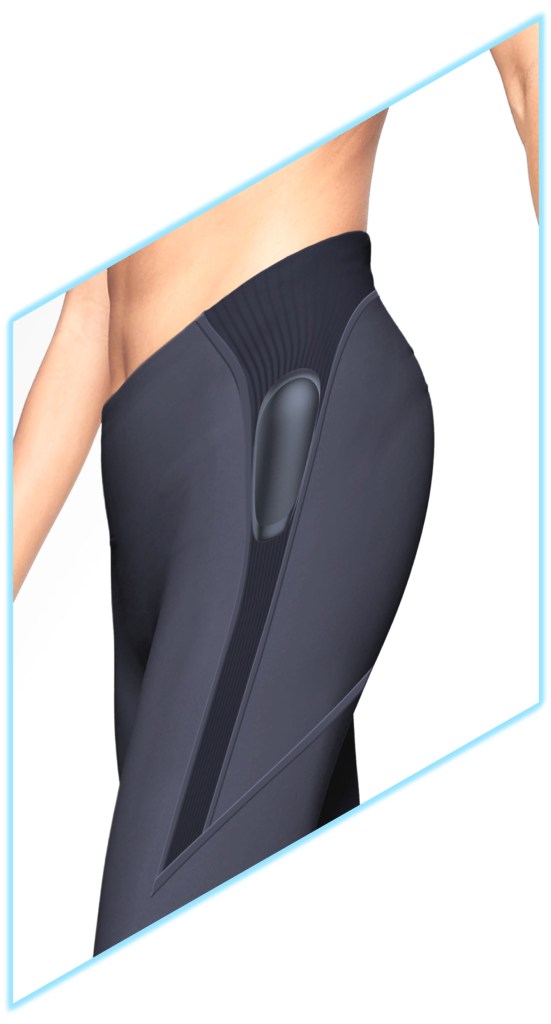 TAU is starting off with a smart compression pant, but hopes to expand into other garments.  Courtesy image

If the company has its way, that single garment will eventually evolve into a whole collection of smart athletic-wear, all compatible with some sort of interchangeable pods capable of dishing out higher or lower resistance.

“Right now, we’re athlete first, consumer second, and then maybe down the road, it will slide over into some medical environments,” von Hoffman said. In fact, even though the pant won’t be out until 2020, the tech has already attracted plenty of interest from the medical-device community, for applications in areas like trauma and stroke rehabilitation.

But it’s the consumer market that may offer the biggest potential. And von Hoffman already has a pitch lined up for the world’s quantified fitness fanatics, soccer moms and lunchtime gym-goers.

“What if you could give [people] a garment that they can wear throughout their normal life cycle? They don’t have to change their behavior,” he said. “Instead of doing 50 reps or 100 reps at the gym once a week, you do thousands of reps every day of a light load — so by increasing the physiological burden on movement, you actually increase the calorie burn, increase muscle toning, etc…”

“I look at how well Lululemon as a company has done. You go into any airport, and 40 or 50 percent of the women are running around in a pair of Lululemon-like garments,” the ceo said. “If that soccer mom can run around, burn more calories throughout the day and keep herself in better shape and health, she’s going to be very happy about that.”