MILAN — Stamp, an Italy-based start-up facilitating tax-free shopping through a digital platform and app, has completed a seed investment round of 1.4 million euros from investors including the Chinese leading venture capital firm ZhenFund — which also has stakes in the Little Red Book social media and e-commerce — and Btov Partners, an early backer of the SumUp and Raisin companies.

Launched in 2018, Stamp has received a total amount of 1.7 million euros so far, including the pre-seed round investment led by Dubai-based IC Global Partners.

“We’ve been good in choosing our first investors. They are the ones who brought in the new funds,” said the company’s cofounder and chief executive officer Michele Fontolan. As reported, Fontolan worked for Uber in Dubai before coming up with the tax-free app idea with his friend Wagner Eleuteri, who manages the American business of the namesake high-end vintage jewelry retail chain. They were soon joined by the other two cofounders, Stefano Fontolan and Federico Degrandis, who previously worked at Airbnb and Suitsupply, respectively.

The platform streamlines traditional tax-free shopping procedures enabling foreign customers to save time usually dedicated to fill paperwork — as all their data are digitally saved through the app — and to skip queues at the airport, as the refund is effective immediately. Through the platform, at the moment of purchase, shoppers don’t pay the VAT but buy an item directly free of tax. As a result, there are no commissions paid to intermediaries and no money wasted in currency exchanges, which encourages costumers to invest the saved amount in other purchases in town, fueling retailers’ business and the overall tourism flux in Italian cities.

“Today’s tax-free shopping experience does not match the needs of Asian customers, especially Millennials, but thanks to Stamp it can become a real leverage in the Euro-Chinese trade,” said ZhenFund’s founder Bob Xu. Stamp marks the first investment in Europe for the venture capital firm, which already counts investments in more than 800 start-ups between China and the U.S.

“Stamp is building a new standard for tax-free shopping, disrupting the old incumbents that force huge costs, paperwork and queues on customers. We were struck by this hassle-free and low rates solution, already widespread in Switzerland,” echoed Btov partner Jochen Gutbrod. “The Chinese-European funds consortium can meaningfully support expanding the platform around the globe and bring shopping innovation to the next level,” he added. 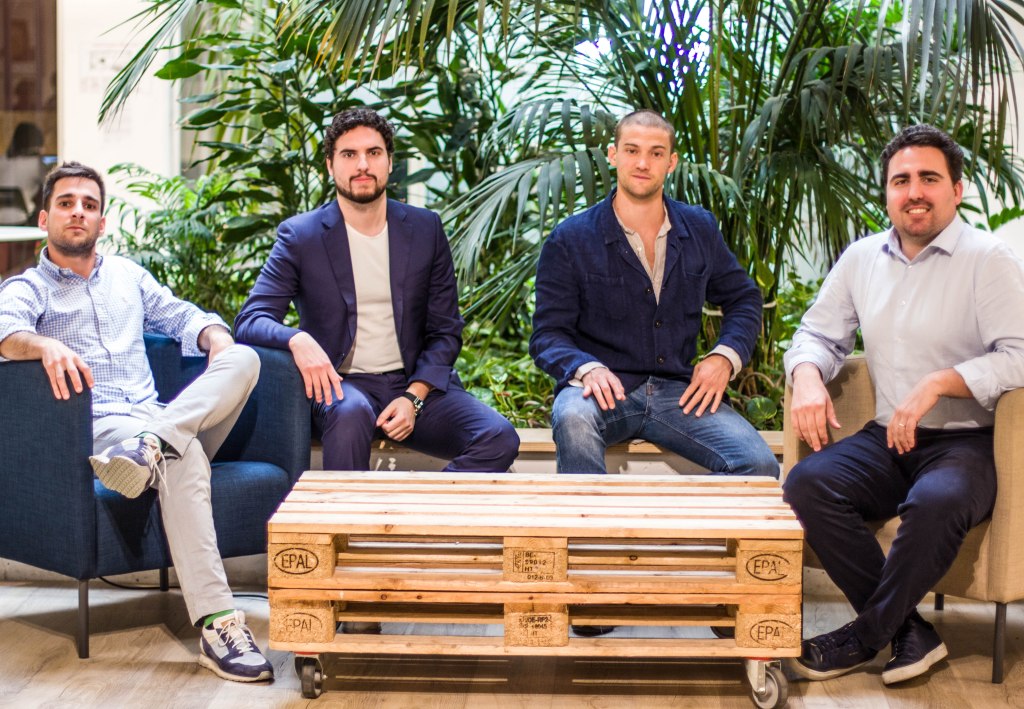 “This is a tough business, there are players established from many years and you depend on two sides — merchants and clients — but our mission is to become the standard [practice],” Michele Fontolan said.

Over the past year, the digital platform grew exponentially to enlist about 1,000 retailers across Italy, mostly independent and multibrand units operating in fashion, design, food and jewelry, including the Nardi jewelry in Venice and Gmt in Milan, in addition to Pomellato, Omega, Chantecler and Pasquale Bruni stores, among others. In particular, Stamp has a significant rollout around Como, where about 300 retailers are using the application, forming a real tax-free district.

As the start-up’s claim “Duty-free in town” reads, the company’s goal is to serve retailers and help them boost sales in their own flagships, where the complete product assortment is showcased, without the need to open retail corners in airports.

“Over 90 percent of our partner merchants said they experienced an increase in sales thanks to Stamp and 98 percent would recommend it to a fellow merchant,” said Fontolan, underscoring the importance of the word of mouth in the development of the company.

The new investments will be now employed not only to further grow in Italy but also to expand Stamp’s reach in Europe, starting from enlisting retailers in Austria this summer.

The number of final customers using the app has also exponentially increased. “Again, it all happened with the word of mouth: Clients became our ambassadors in an organic way,” he said, adding that inscription through the app is not mandatory to benefit from the service but it’s mainly used to discover the stores offering it and keep track of the purchases.

Stamp’s part of the pie comes with a little or no price. For consumers spending up to 500 euros, the app remains free. Bigger spenders get upgraded to a premium account, meaning they are requested to pay a 9.99-euro fee once in a while — usually per trip — for purchases between 500 euros and 5,000 euros and 19.99 euros if their total sales receipt exceeds 5,000 euros.

“But from a consumer point of view our main goal now is to raise our brand awareness,” Fontolan said. The majority of users signed up in Stamp are Chinese, quickly followed by Swiss shoppers, while the ceo is noting an increased interest for users from Vietnam, Thailand, Indonesia and Philippines.

For this reason, the investment will be additionally channeled in promoting the service, especially with Chinese customers, who account for 40 percent of the tax-free shopping market.

Fontolan noted that having ZhenFund as a backer will allow them to increase Stamp’s popularity with said clients. “We trust them for this market, they have the right perspective on the customer experience demanded by Asian consumers,” he said, highlighting that the start-up aims to offer “the most Asian-friendly service possible.”

“Four years ago, Alipay and WeChat Pay were not as popular, especially in Italy. Thanks to travelers they became a must-have in retail and that’s what we aim to be with Stamp,” the executive said.

“On the user front we need to communicate more and better. At the beginning we chose to be a no-brand, not to promote ourselves and be just a selling tool for stores, but now we need to work on our identity,” added Stefano Fontolan.

To improve Stamp’s image and brand awareness, founders are also seeking for profiles expert in communication to integrate to the current team, which counts 10 people headquartered in Milan’s hip Isola area.