Wearables to Surge, Thanks to Cheaper Prices and Hearables

Forget the wrist? New reports show growth in wearables, thanks to lower pricing and the popularity of ear-worn gizmos.

Shoppers have been eagerly awaiting the new version of Samsung's popular Galaxy Buds, here shown in silver alongside the Galaxy Note 10.

More affordable prices and the runaway “hearables” subcategory are driving major growth in the wearable-tech sector, according to the latest research reports.

As many as 305.2 million wearables are on track to ship this year, according to a report put out by research firm IDC on Monday. The figures reveal a 71.4 percent surge above the 178 million units shipped last year. Over the next few years, going into 2023, total volumes will continue ticking upward to 489.1 million units, making for a compound annual growth rate of 22.4 percent.

A superficial look at the numbers suggest growing interest in wearables. But Jitesh Ubrani, research manager for IDC’s Mobile Device Trackers, believes that “drastic reductions” in cost are a major factor in the boom.

The thought jibes with Canalys Research’s numbers. Its recent report shows 65 percent growth in the worldwide wearable market in the third quarter, thanks in part to the greater Chinese market, which soared 60 percent and represented 40 percent of worldwide shipments.

While much of the conversation about wrist wearables tends to center on the Apple Watch, it’s not the only tech giant at the forefront of the global market.

China-based Xiaomi shipped 12.2 million bands, raking in 74 percent growth and market share of 27 percent, Canalys said. Apple’s 15 percent market share landed it in second place, with more than half of that, at 60 percent, for the Series 5 model.

Much of Xiaomi’s popularity comes from selling advanced consumer technology at affordable prices. Apple has a different approach, one that presumably won’t dilute its brand.

“While companies such as Xiaomi have focused on reducing costs by commoditization, market leaders like Apple that typically focus on the premium segment are also playing a crucial role in lowering prices,” said IDC’s Ubrani. “With a starting price of $199 for the Series 3, Apple is bound to put pressure on other smartwatch makers to make their devices more wallet-friendly.” 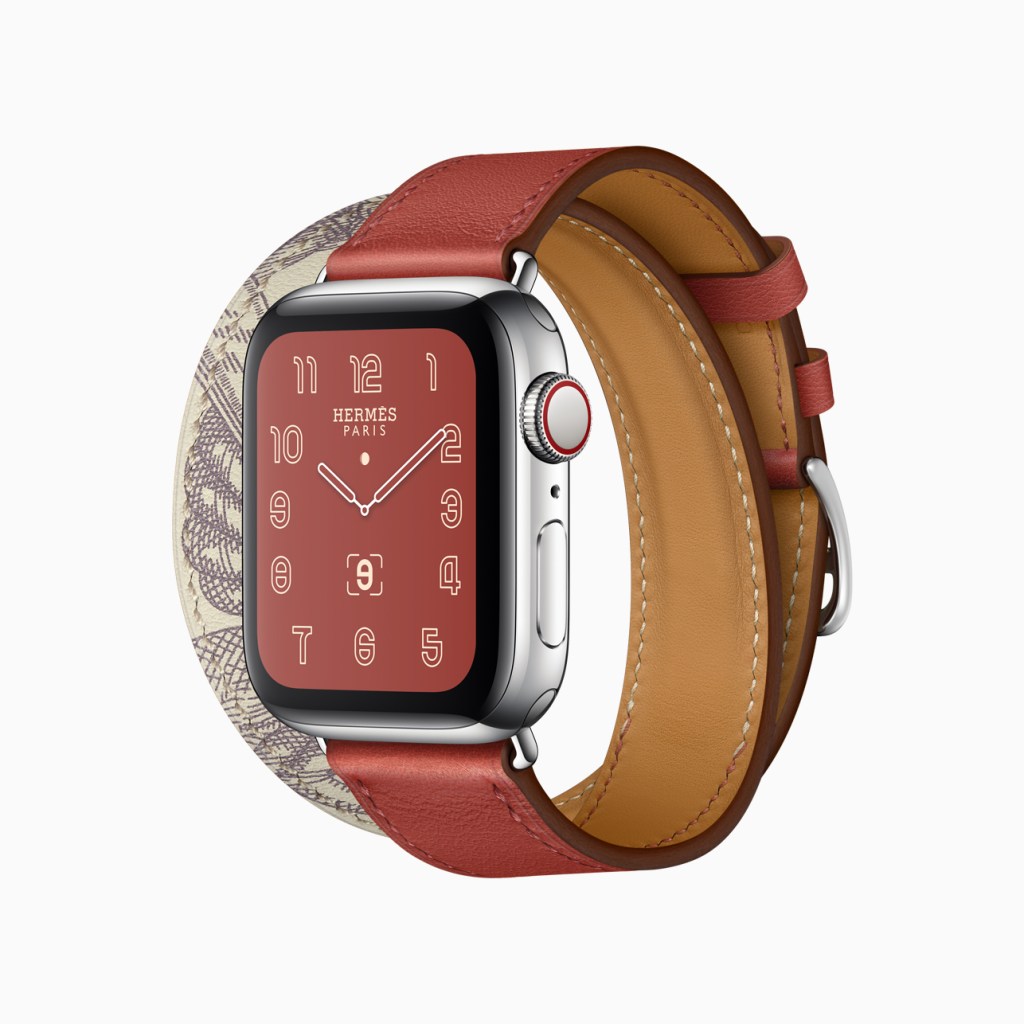 Not everyone can afford the latest Hermès’ Apple Watch with double tour straps. However, cash-strapped customers can go for an older Apple Watch model, like the Series 3.  Courtesy photo

As for how Google’s Fitbit acquisition will factor into the calculus, that’s clear. But it may not matter anyway. According to IDC, wrist tech isn’t where the momentum is.

Of those 305.2 million wearables the firm forecasted to ship in 2019, only 69.3 million are expected to be smartwatches.

The majority of wearables’ growth will come from “ear wear,” IDC said.

The firm defines the category as ear-worn devices that offer more than just audio playback. Think smart assistants, health or fitness tracking, or some sort of augmented audio. Today, popular models include Apple AirPods Pro, Galaxy Buds, Google Pixel Buds and others by the likes of Bose, Jabra, Sony and smaller players, such as NuHeara.

Amazon even got in on the action this year. In addition to Alexa-powered eyeglasses and a ring, the e-commerce giant unveiled the Echo Buds. Notably, the company skipped the wrist.

The wireless headphone and earbud category saw a huge lift over the past three years, when Apple, then Google and Samsung removed standard 3.5 mm audio ports in their phones. As the need for wireless earbuds grew, so did the inclination to pack more “smarts” and features into them and charge accordingly.

Now prices — and physical forms — for the ear tech run the gamut, from over-the-ear “cans” that cost hundreds of dollars to wee in-ear buds that fetch less than $50.

IDC believes 139.4 million hearables will ship this year, which is almost twice as much as the expected volumes of connected watches. By 2023, they’re expected to hit 273.7 million units shipped.