Valuations are high, but are they for real? The next boom or bust could hang in the balance.

By Rachel Strugatz and Evan Clark on June 24, 2015
View Slideshow 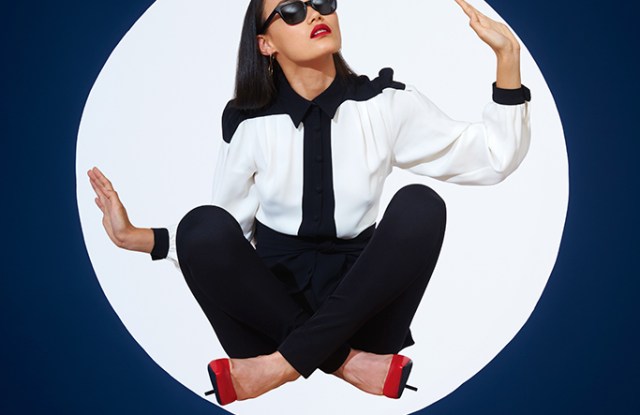 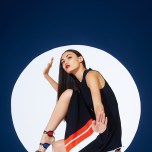 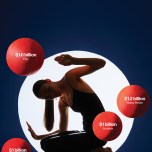 Value is a pretty squishy concept.

That’s doubly so for the hot tech company that’s short on profits, long on users and has growth projections that reach the sky. No one ever knows what these digital darlings are really worth until someone ponies up to buy them or they go public.

Many see the peak of a feeding frenzy in some of the recent activity — Warby Parker was said to have raised $100 million in April, bringing its valuation to $1.2 billion. That still barely registers compared with the $50 billion valuation that car service Uber is eyeing.

And tech investors are busy buying small stakes of hot companies, hoping for a big IPO payday down the line. While some pretty fuzzy math makes the valuations on these companies look even richer, the naysayers believe the relationship between the companies and their price tags ultimately will be revealed as a fiction and the bubble will pop.

Although bubble hand-wringing has become a pastime for some, others say the danger is in missing out on great companies that live up to their hype. The notion of a tech bubble and a broader bubble in financial markets is being tested this summer and the future of the next big boom or the next big bust hangs in the balance.

The stock market — still near its all-time high while the general feeling in the economy is far from “best ever” — is a particular concern.

The rock-bottom interest rates that have helped fuel the equity markets are expected to finally start to increase this year, although Federal Reserve chair Janet Yellen is keeping the market guessing and rates might not rise as soon as once thought.

Yellen raised a flag of caution this spring, noting that “equity market valuations at this point generally are quite high….There are potential dangers there.” Such warnings can come well ahead of any dramatic shift in valuations. Former Fed chair Alan Greenspan famously cited “irrational exuberance” in the market in 1996, four years before the last tech bubble in the public markets popped.

For the people in the fashion tech trenches, they are — at least, they say they are — keeping their minds off the abstract notion of what their companies are worth and are trying instead to build.

But it’s hard to imagine that nosebleed valuations are not top of mind for many aspiring tech titans.

Farfetch, JustFab and Gilt Groupe are all reported to be valued at about $1 billion, while a host of other fashion players are believed to be a fund-raising round away from being valued in the 10-digit realm, including Nasty Gal, Rent the Runway, Moda Operandi and Bonobos.

These valuations say much more about future potential than current results. Investors are looking to get in on the next big thing and, while many see e-commerce’s vast potential, even established, high-profile fashion tech companies are working to get the profit formula right.

Compagnie Financière Richemont’s deal with Yoox to spin off Net-a-porter valued the e-commerce site at $1.6 billion or higher, according to analysts. That’s a big-ticket price for a company that just barely broke into the black last year, with profits of 1.8 million pounds, or $2.9 million, although sales rose 22.8 percent to 654.1 million pounds, or $1.05 billion. Once the Yoox Net-a-porter Group comes together in September, as envisioned, the company plans to raise up to $200 million euros, or $218 million, to fund future growth.

Deborah Nicodemus, chief executive officer of Moda Operandi, says she is less concerned with running a company that has a valuation of $1 billion or $2 billion and more concerned with turning a profit. Industry sources project that Moda Operandi will be profitable in 2017.

“We interact with brands that are $1.5 billion companies and they have a long-term perspective of their business and they don’t rush into their decision-making. We have the same mind-set of these brands,” says Nicodemus, who spent 18 years at LVMH Moët Hennessy Louis Vuitton before joining Moda Operandi in late 2013.

The same goes for Jennifer Hyman, cofounder and ceo at Rent the Runway. She says she isn’t too focused on valuations either.

While she acknowledges that valuation is the leading indicator of a company’s positioning — and it’s rare that a valuation will be completely off — it doesn’t really matter whether a venture is valued at $800 million or $1 billion.

“The market is really hot right now, but typically, you make your best investment when the market is hot,” Hyman says. “There is a plethora of great ideas and you have to pay a premium price for companies doing well.”

The company raised $116 million to date in its almost six years, including a Series D round of $60 million in December. Investors include Bain Capital Ventures, Technology Crossover Ventures, Highland Capital Partners and Advance Publications Inc.

“The goal is actually to create a sustainable brand and a new customer behavior. The valuation is less important,” Hyman says. “For a ceo whose interest is to optimize around how much money they make or how fast they sell, valuation is important.”

The company is said to be valued at $600 million, and Hyman is pleased with that number. She contends that there are no “legitimate competitors” in the rental space and her company is experiencing substantial growth. By the end of this year, she expects the site to rent out the retail equivalent of $1.35 billion worth of apparel and accessories.

Of all the attributes that define a hot company, high growth is the most important — or the one that gets the most attention and the highest premium.

“If the company is growing and they can maintain that growth rate, then some of the valuations out there are warranted,” says Sonya Brown, a general partner at Norwest, which has invested in Gilt Groupe, ModCloth and Kendra Scott.

“How big can Uber get? I can’t tell you,” Brown says. “But I can tell you that I used to use car services and taxis and now I don’t.”

But she says that some of the high valuations in the e-commerce space could push more companies toward building physical outposts.

“That’s the next growth frontier for some of the online players,” she says. “The growth expectations are so large, they may hit a wall online and ultimately have to go to the offline world.”

And if the growth is there, some see price tags getting even bigger.

“The valuations are too low,” argues Richard Chen, who participated in Farfetch’s series D round of $66 million last year and is advising the company on its Chinese expansion. The company received its $1 billion price tag in March, when it raised $86 million.

Chen, who is a venture partner at Chinese venture capital firm Ceyuan, contends that Farfetch is actually greatly undervalued. The luxury marketplace is set to facilitate more than $500 million in annual sales on its site. The company is growing at a rate of 100 percent annually and is taking commissions from its retailers that add up to about 30 percent.

This means that the company’s current valuation is just two times its gross merchandise volume — and Chen says Farfetch should fetch at least $1.5 billion, given the company’s rapid growth. He’s obsessed with what he calls hyper-growth companies — and most companies he looks at don’t fit the bill. Chen passed on investing in JustFab and Lyst because “they are growing too slowly.”

(Interestingly, Farfetch in its search for growth has gotten into bricks-and-mortar, buying London fashion institution Browns last month and will be using it as a testing ground for its new business unit, dubbed “Store of the Future.”)

Chen doesn’t like to think of the current venture landscape in terms of it being a bubble or not.

Instead, he looks at it in terms of user acquisition cost. This is rare in the fashion luxury online space, and he called Farfetch an exception. Of the nearly $200 million the marketplace raised, he says the company still has about $130 million in the bank. This is an indicator of the model’s efficiency, which until its “Unfollow” ad campaign rolled out in February, relied on word of mouth to spread the word about Farfetch.com.

But big hopes for growth don’t always pan out.

E-commerce site Fab.com famously raised $335 million between 2011 and 2013, and then became notorious for crashing and burning, being sold for just $15 million in March.

Bradford Shellhammer, cofounder of the now flailing Fab.com, left the company in October 2013. And while he’s not in a position to talk about Fab, he can speak to his new venture, Bezar, which went live two months ago.

Unlike Fab, he has no aspirations to build a company that’s worth $1 billion. Shellhammer wants to create a meaningful e-commerce business that will be “worth a lot” but the billion-dollar point isn’t his immediate goal.

“Our opportunity has a lot to do with Etsy,” he says. “Etsy has become this big, successful company, but there are still a world of smaller designers and brands who are struggling. Etsy is something different [now]. It’s become much more like eBay.”

(Etsy, despite its success, has turned into something of a cautionary tale and reminder that once companies do hit the big time and go public, they become subject to the capriciousness of Wall Street. The company’s stock peaked at $35.74 on the day of its IPO in April, and has since seen its value get cut in half, leaving it with a valuation of about $1.6 billion.)

In Shellhammer’s eyes, if you take enough money to become a “billion-dollar company,” you have to sacrifice some of the ethos of your brand. In light of this, he’s decided to take a more measured and cautious approach to Bezar, raising just $2.5 million so far. This time, the one thing he refuses to give up is curation of the e-commerce site, which specializes in home goods, accessories and art — in the form of three-day semiflash sales.

“If we opened a store on the street and didn’t make any money for a year it would be crazy, but online it’s OK as long as you’re gaining customers,” Shellhammer says.

He adds: “Customers that don’t put money in [the company’s] bank aren’t good customers. The hunch is that eventually they do, and that’s Amazon’s strategy.”

What he’s learned is that he would rather emulate the business of Norma Kamali over that of Michael Kors. To him, it’s not about being the biggest, it’s about being around the longest.

That is not the prevailing sentiment at the intersection of tech and fashion right now.