The travails of modern-day dating unveiled insights into consumer behavior, shedding light on what drives love and commitment. In two separate national surveys, the quest to delve into participants’ past relationships and dating life revealed consistencies in loyalty, shared ideologies and exclusivity.

In Tinder’s Modern Dating Myths Survey, the largest Millennial dating survey to date for the app, Tinder users aged 18 and older were asked questions regarding relationships and dating across the U.S. in February 2017. The survey was distributed to 7,072 Tinder users via the app. This data was used in conjunction with results from a similar survey by Morar Consulting, which was distributed to 2,502 U.S. adults aged 18 to 35 from January through February 2017.

Fashion apparel brands and retailers can take a nod from the paradox of choice: The range of dating choices presented online does not indicate increased difficulty in continuing a committed relationship, as the rate of commitment is largely the same among those who have dated online, at 44 percent, and those who have never dated online, at 42 percent. Evidently, less is more. 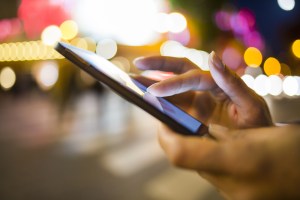 Consumer psyches behind brand loyalty and committed relationships have another common thread: Ninety-three percent of online daters said that fidelity is somewhat or very important for their relationships. The surveys also found that daters take about three months on average to commit to an exclusive relationship, regardless of whether they date online of offline. Fifteen percent of singles on Tinder reported committing to someone exclusively in less than one month of dating.

The Tinder findings were released as brands and retailers step-up efforts to gauge consumer behavior, which includes several “brand intimacy” reports that show consumers view relationships with brands similarly to the relationships they have with friends, families and lovers. Click here to see a recent brand intimacy report for the beauty segment.

To Meet Consumer Demands, Fabletics Makes Its Own Sauce