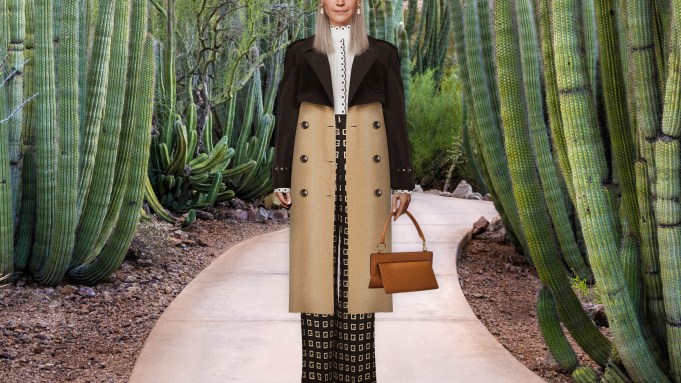 Already a juggernaut before COVID-19 drove billions of people into confinement, online gaming is on the cusp of a new growth phase that could have wide implications for the fashion industry.

“I think that in two or three months, a lot of people’s strongest memories of this period will be of video games,” said Jens Hilgers, a dedicated gamer and founding partner of Bitkraft, a Berlin-based venture capital fund focused on the e-sports sector. “There will be a real resonance with these gaming worlds and I think, coming out of this crisis, we will see a lot more things being inspired or impacted by video games — because that’s what so many people spent their time doing.”

J.D. Ostrow, one of the owners of Frosty Pop, a new design, tech and gaming company, couldn’t agree more.

“This unprecedented situation has forced people to experience digital and mobile in completely new and fundamental ways — it is reshaping how they work, interact and entertain themselves,” said Ostrow, who with business partner Greg Stogdon has been an interim supervisor of marketing and branding at Calvin Klein. The executives have a history of digital innovation at brands like Burberry and Theory.

Online gaming companies like Nintendo’s Xbox and Steam have been reporting record-breaking numbers of users all looking for entertainment during lockdown, fueling what’s known as gamification — the use of game design elements within non-game contexts.

Gamification was already an accelerating trend in the fashion industry, where it was seen as a way of encouraging customer loyalty; making shopping into a performance-oriented activity; harvesting user data to aid production, inventory and sales, and creating communities by way of social networks established on the game’s own platform. After all, Instagram — “How many likes did your picture get?” — is likely already almost every fashionista’s favorite game, even if they don’t always see it that way.

“Gaming and how it can bring brands and customers together in completely new ways is at a tipping point,” Frosty Pop founder Faisal Sethi argued. “You can’t ignore its size, cultural influence and passionate engagement.” Especially not now, when you may not be able to buy the product in a store, but you can still engage with a brand and its makers online by playing games.

Newzoo, a consultancy providing market intelligence in the sector, has already concluded that around half of e-sports and gaming enthusiasts are women. Around one-third of them only play on mobile phones to “fill in time,” something many consumers trapped at home are most likely doing a lot more of right now.

Information from mobile data research company App Annie backs that up, reporting that 13 billion new downloads to mobile already equals an increase of 20 percent in the first quarter of this year. There is “tremendous opportunity” in that, Ostrow told WWD.

One of the newest fashion games in town, Drest, which had its soft launch late last year, has also seen more interest. Lisa Bridgett, chief operating officer at the U.K.-based app, which gives players points for styling a virtual model with digital versions of garments from the likes of Gucci, Prada and Stella McCartney, told WWD that there’s been a 50 percent increase in how many people are installing the Drest app since social distancing measures came widely into effect.

Players spend on average 33 minutes a day on Drest, Bridgett reported, which is more time than many potential customers spend looking for clothing at e-retailers.

Drest only recently launched and the company is being cautious as new features and new challenges are rolled out. Bridgett noted, “We have made the decision to fast track some follow features so our users can start to grow their own Drest community — we know that the social aspect to any activity is incredibly important to people.”

Indeed, some see gaming as the next big social network. Lucie Greene, who led J. Walter Thompson’s global futures think tank JWT Intelligence and who runs her own Los Angeles-based futures practice, Light Years, pointed to the rapidly growing popularity of IGTV and live video on Instagram, as well as a new group of influencers — people like L.A.-based choreographer Ryan Heffington and Miley Cyrus, with her Bright Minds show — who are using it to communicate.

Usage of IGTV has recently increased anywhere between 300 and 1,000 percent, analysts suggested. “Part of the appeal is the sense of community, with instant responses and comments,” Greene explained. “It’s like a communal form of digital entertainment and connection while we’re all home isolated, that isn’t possible in the same way on YouTube.”

There’s also a timely convergence of factors when it comes to the apparel industry’s increasing ability to “play” online. These include technological improvements, especially wider use of augmented reality. Also, competitive, serious gaming is converging with more relaxed play and other entertainment: Consider the growth of “casual” and cloud-based gaming, where you don’t need to be an e-sports devotee with an expensive headset. Only a smartphone is required.

Robin Games, a California-based company founded in December and launched publicly last month, has raised $7 million to start creating what the founders describe as female-oriented “lifestyle gaming,” which merges magazine- or influencer-style topics with gaming and social networking.

Greene believes that all this means that online shopping will become even more of a game. “We’re seeing start-ups like Obsess AR [augmented reality] rethink the experience of online commerce entirely, with immersive platforms to be navigated and explored,” she told WWD.

The original online gamers, engaged in e-sports, also have a part to play in this trend. E-sports, slated to be worth an estimated $146 billion by 2021, is also attracting record-breaking participation during lockdown. Verizon reported a 75 percent increase in U.S. gaming traffic at peak times in the first week of March and viewers for YouTube’s gaming channel and on the gaming and social media platform Twitch went up over 15 and 10 percent, respectively.

“Your options for entertainment at home are pretty limited,” noted Hilgers in Berlin. “And if you haven’t tried gaming before, its highly likely you will now, in one form or another. The World Health Authority even recommends it.”

He’s not just talking about point-and-shoot games either, but about family-oriented competitions, like Animal Crossing, or the role-playing “exergame,” Ring Fit Adventure.

After the cancellation of live sports events, organizers have also moved online instead. For instance, real Formula 1 drivers participated in online races, an online Nascar race in Texas drew 1.3 million spectators and broke viewing records, and Spanish pro-soccer players took part in their canceled match, just online. All of which broadens the audience significantly: in the past, Netflix has stated that it considers online game Fortnite its biggest rival.

Hilgers and other observers believe this migration to online worlds will have a disruptive impact well beyond your screen at home. Trends forecaster Greene thinks the aesthetics of gaming and e-sports will even bleed into beauty and fashion.

“It’s not about gamification or necessarily games, more about play and a new way to experience something,” Frosty Pop’s Stogdon explained. Ostrow, meanwhile, said that they feel that “gaming as a storytelling platform has bigger applications beyond more traditional mobile game experiences.”

Over the past few weeks, the Frosty Pop team has found much to be inspired by online. “We’ve seen some great examples of how companies have mobilized their communities with education, entertainment and other forms of support,” Ostrow continued, referring to the explosion of confinement content produced by fashion and luxury purveyors. “From powerful and uniting messages to sourcing user-generated content to collaborating with talent remotely, a number of brands have ‘shown up’ when people were watching.”

For instance, starting this month, Alexander McQueen began asking fans to work on a weekly series of creative projects online — the first challenge was to sketch a  dress from next winter’s collection, with results of the collaborative creativity featured on the label’s own Instagram channel, hashtag #McQueenCreators.

Seeing “amazing talent…channeling creativity in completely new and unexpected ways” has made Stogdon, for one, believe that those big campaign productions of the past seem “even more inefficient and dated.”

There’s also a chance that this kind of engagement could eventually lead to more sustainable practices in the apparel sector. Some forecasters have suggested that digital-only outfits might become more satisfying than IRL looks, negating the need to keep consuming. Others think brands might start selling designs or patterns directly to shoppers, who would construct the clothing at home.

Obviously that’s all uncertain right now. One thing is for sure though, according to Frosty Pop. “We think fashion is at a major turning point where it becomes about buying less, but learning about products and brands in new ways,” Ostrow concluded. “Fashion has to now evolve more rapidly than ever before.”