The recipe for building a new online marketplace seems rather straightforward: Take some high-powered experience at Snapchat, sprinkle in some learnings after eight years at Amazon and let it bake for seven months.

That’s been the primary pursuit of Imran Khan since he resigned as Snap Inc.’s chief strategy officer last fall. Since then, he and wife, Cate, an ex-Amazon executive, have been developing Verishop, a new e-commerce marketplace targeting Millennials, announced Tuesday.

The start-up — Khan’s first — aims to bring something that he believes is missing in online, multibrand marketplaces: trust and a fundamental focus on brands. Those are essential to “bringing the joy back to online shopping,” Khan told WWD.

His goal is to offer “a gated platform” to engender trust, “so consumers can go find all the brands they love and discover all in one place. And brands can go there, [because it’s] brand-safe,” he said. 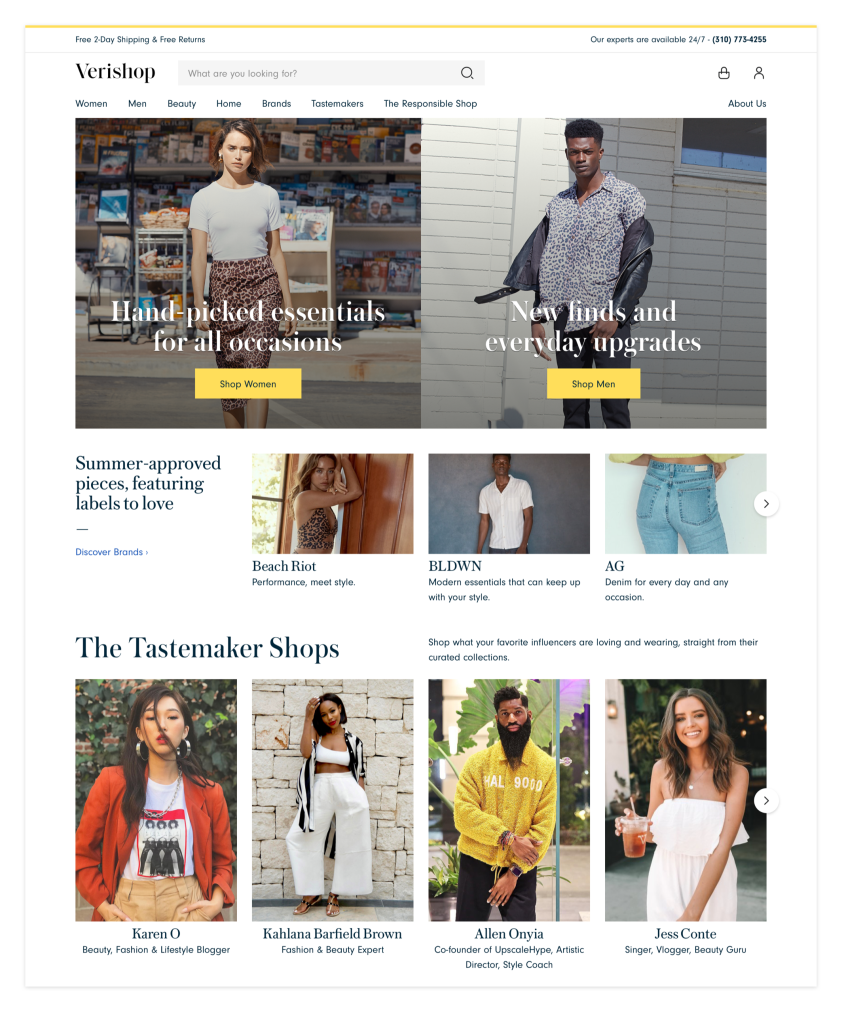 For now, the company will target traditional brands in fashion, and direct-to-consumer beauty brands, among others. But over time, Khan sees a healthy mix across all categories. Newer or direct-to-consumer brands looking for new distribution channels can extend themselves to Verishop. And, Khan said, established merchants can sell without worrying about counterfeit products. The company has no plans to allow third-party sellers or the potential for fraud that some can bring.

Verishop’s focus on trust seems like a shoo-in for Millennial shoppers, which may be a point of view Khan is familiar with, going back to his time at Snap Inc.

“Fundamentally, one of the things that I noticed when I was at Snapchat, that the Internet was built based on the premise of an open platform,” he said, adding that in such an environment — where anybody can post, share and chat with anyone at any time — chaos tends to rule.

“We saw that with Facebook, we saw that with eBay, I saw that in Taobao in China,” he explained. “So what we’re doing is, we’re building the platform based on trust. Every product that you will find on our platform, we acquire directly from the brand, so that way we can guarantee the product is real.”

According to Khan, Verishop is launching with some 1,200 products from 166 brands, including AG, AllSaints and RMS Beauty, among others. Product hubs for influencers, dubbed Tastemaker shops, as well as sustainable goods are also on the menu. Khan figures that Millennials want healthy, eco-friendly products, but simply can’t find a single place for everything.

“We’re actually building a shop inside our shop, called Responsible Shop, where you can find all this product that is cruelty-free, that’s eco-friendly, that’s sustainable on our platform so that we’re bringing new discovery,” he said. 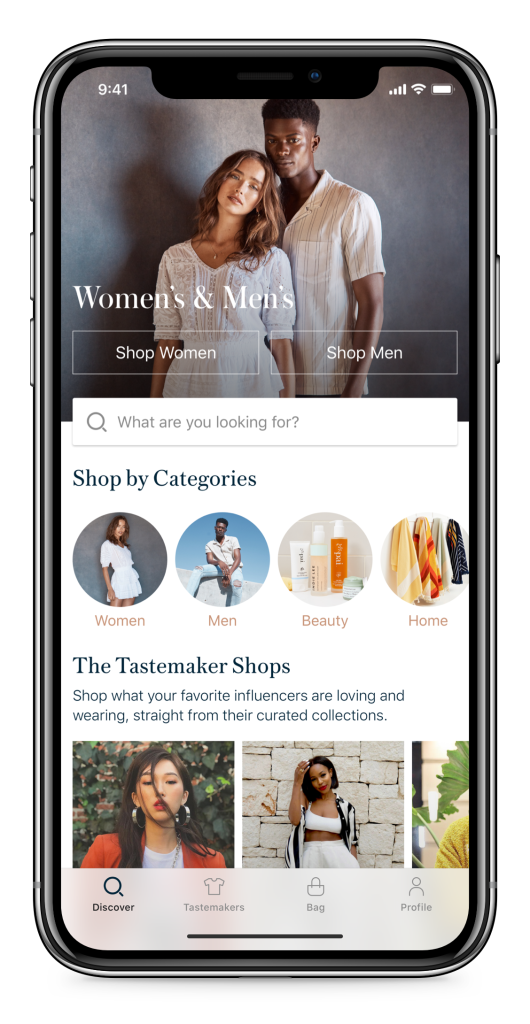 Khan’s Snapchat experience gives him some cred when it comes to zeroing in on what appeals to Millennials. And while Verishop may be his first go at launching a startup, he has plenty of leadership experience. As Snap’s CSO, he was instrumental in leading the ephemeral photo and messaging company to its initial public offering and building its revenue.

Meanwhile, his wife, Cate, brings retail chops to Verishop. As an executive with Amazon’s Quidsi division, Cate Khan has run a range of retail operations, including Diapers.com and Soap.com, with business worth up to half a billion dollars. This was after stints at L’Oreal and Avon.

“I’ve never been in the retail business,” Khan said. “So she brings a lot of complimentary experience on merchandising and buying and things like that, which is great.”

No doubt, the background of the founders were instrumental in Verishop gaining traction among investors across two rounds for $17.5 million. Backers include Lightspeed Ventures, Global Founders Capital, Alibaba’s Lazada Group, Upfront Ventures and Simon Property Group.

So far, pundits who have been anticipating Verishop’s launch have been positioning it as an upstart gunning for Amazon. Khan bristled a little at the idea — “I don’t think we ever said that we’re taking on Amazon,” he said — but his talking points do seem to address some of the biggest criticisms of the mega retailer, from lackluster product discovery to counterfeit goods.

Fakes, for instance, have been plaguing Amazon, so much so that it beefed up its anti-counterfeiting measures to include new reporting tools for brands in March.

Verishop and its founders believe their approach can prevent such issues, and they hope they have found a recipe for success with both consumers and brands. If they’re right, they might stand a real chance of cooking up an e-commerce contender.