In a pandemic, customers no longer have the opportunity to try before they buy. The fashion tech sector is working hard to make online alternatives more realistic. Should we expect a breakthrough soon? 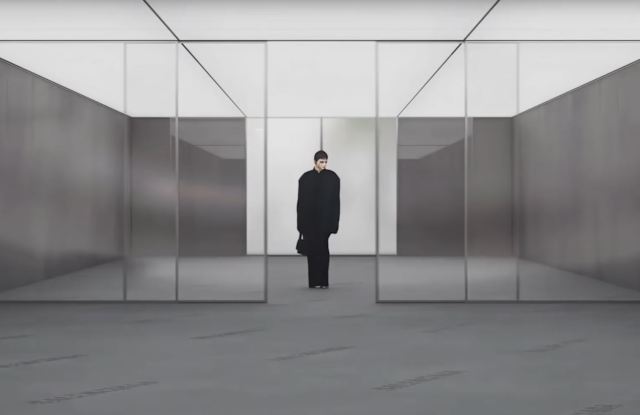 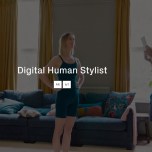 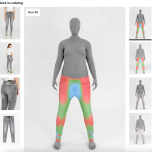 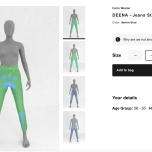 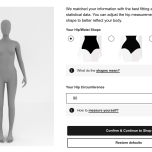 Augmented and virtual reality are not new to the fashion industry. It was just over a decade ago that Converse first had iPhone owners trying on shoes via a dedicated app, and many companies have continued to work on projects in this area. But up until recently, the use of this technology was often associated with one-off promotions or marketing events. This is now changing — fast.

With shops closed or fitting rooms shut during the pandemic, it’s obviously become impossible for potential customers to try anything on, whether that’s clothing, footwear, accessories or makeup.

Companies working in this area — such as Zeekit, Vyking, Glamlab and Vertebrae — all report demand for their expertise increased rapidly during 2020 and the biggest e-commerce companies continue to invest millions into this technology.

So will there be some sort of breakthrough in this area in the next few months?

When answering that question, it’s important to differentiate between augmented reality, or AR, and virtual reality, or VR, argued Ana Javornik, a lecturer in digital marketing at the University of Bristol’s school of marketing.

“In everyday non-commercial contexts we already have a huge proliferation of AR tools — like facial filters — in places like Snapchat and Instagram,” she told WWD. “People are very used to these tools and it feels very comfortable to use an AR try-on in those contexts.” 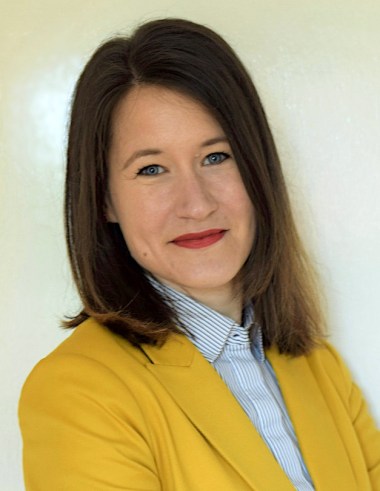 Over the past year, Javornik has noticed brands moving away from developing their own apps for AR try-ons toward integrating them on social platforms. “It is all about a move toward a more seamless consumer journey,” she concluded.

Javornik has also noticed that even now, some brands, particularly in the luxury sphere, are not as worried about size and fit. Instead they are using AR and VR try-on technology to create an immersive online shopping experience, the same sort of encounter a consumer would have if they walked into a flagship store.

“The focus there is not so much on getting a shirt to fit well. It’s more about creating a sensory experience,” Javornik explained. “That’s particularly important in the luxury sector, where many consumers want to be part of the brand’s world, to engage with that escapist imagery.”

Balenciaga’s recent foray into gaming and British perfumer Jo Malone’s online replica of a store are both good examples of this, Javornik noted.

Compared to AR try-ons, virtual fitting rooms are a different, and far more complicated, story. Trying on sunglasses, makeup or footwear via an AR filter is common now. Virtual fitting rooms are not there yet because working out how fabric will drape and fall on different body shapes is much trickier. “There’s been a lot of innovation in this field but overall the experience has not been as enjoyable as something like trying on makeup via an AR filter,” Javornik stated.

The best version of virtual fitting she has seen recently came courtesy of the Digital Human Stylist project at the Fashion Innovation Agency, part of London’s University of the Arts. Using this, a user scans their own body and then tries on scans of items from their own wardrobe, allowing the digital stylist to suggest outfits for the events they have on their digital calendar.

The problem, though, is how to scale something like this, she noted. That’s something everybody is working on, said Stacia Carr, director of engineering for size and fit at Europe’s largest fashion e-commerce site, Zalando.

If a manufacturer has designed garments on a computer, Carr’s team is currently working toward the point where they’ll only need four designer renderings — that is, 3D pictures of the garment from different angles created during the digital design process — to have their machine learning tools work up a simulation that could eventually be used in a virtual fitting room.

“The pandemic has done two things,” Carr told WWD. “It has created a greater demand for online shopping and consumers are more willing to try these technologies.” But almost as important is the fact that fashion brands are now more willing to engage in this area, Carr said.

Previously this was not always “a key priority,” said a spokesperson for London agency Holition, which is behind a slew of successful AR try-ons for the likes of Uniqlo, Max Factor and Charlotte Tilbury. “While the pandemic has increased brands’ interest in AR tenfold, that doesn’t mean that every brand is investing in it yet,” she said. “And this mind-set was, and still is in some cases, one of the major barriers. Brands remain fearful of its viability and the cost associated.”

But, as Carr pointed out, virtual fitting rooms still need content.  “So we need to find brands that provide us with those assets [in Zalando’s case, the 3D design drawings]. And what I have been enjoying is the huge discussion in the industry about this. I can now talk with a lot more brands about it — [the pandemic] has accelerated everyone’s understanding of the value of these tools.”

The Zalando developer believes that the other aspect of augmented and virtual try-ons that will become increasingly important as they progress may not even be related to technology. Rather, it’s about human behavior. “You can’t build size and fit products without acknowledging self-image and psychology,” Carr said. “When we’re talking about bodies, that is about as personal as it gets and that idea needs to be brought into everything we do.” 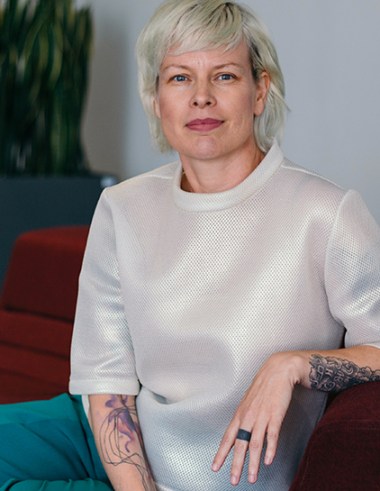 For example, the context of any purchase is critical — a tailored suit may never be bought this way. Additionally Zalando’s experiments in this area have often shown that consumers may not have a completely accurate opinion of their own shape and size.

As yet, the industry insiders acknowledge that the virtual fitting room is not even close to providing the same experience as a real life fitting room.

“There have been a few proofs of concept to date, but we still have a long way to go in terms of scaling or rolling out the technology to cover an entire portfolio of products,” the spokesperson from Holition confirmed.

But the experts do believe it will come closer soon.

“I expect it to happen because of the constant investment by so many big players,” Javornik said, noting that companies like Amazon are putting much money and effort into this area. “There is a real need and the problem needs to be solved. We see proxies coming closer and closer. In the end, I wouldn’t say that a virtual fitting room will ever replace the real one. But it will complement it.”

Carr believes that VR and AR are even more important than just solving the pandemic’s problems. They have the potential to change the industry, she argued.

“If we look back at the history of fashion, before the Industrial Revolution, there used to be a feedback loop between the consumers and the creators,” she said. “This technology allows the whole thing to become more tailored, more customized. It really goes back to that experience of having something made for you.

“I believe that [the fashion industry] is at a tipping point,” she told WWD. “We have to change — and I think this could be the most exciting topic in fashion right now.”