Even as the market is reaching influencer exhaustion, some believe China's virtual influencer has incredible growth and adoption potential.

Maie is an upcoming virtual persona living in Shanghai.

LONDON — What to do when a brand doesn’t have enough budget to lock down a popular star or top-tier influencer, or it wants to tap into China’s sizable two-dimensional anime, comic and game-loving community?

Virtual idols — influencers who are not human, but rather are digital creations or robots — sound like a good solution. In this 5G nation, one can commission a virtual avatar built on Taobao for as little as 50 renminbi, or $7.73.

There are sophisticated options, too. Long before the likes of Miquela Sousa, Noonoouri and Shudu Gram, there was Japan’s Hatsune Miku.

Developed as a software voice bank in 2007, she was later marketed as a virtual idol and gained huge popularity among Asia’s Otaku (which roughly means “geeky” in English) community, and beyond. Her New York concerts in 2016 drew a combined audience of 7,000 with fans dressing up like her to attend the events.

The doll-like Noonoouri is arguably one of the more successful international virtual influencers in China. In 2018, she was “hired” by Alibaba Tmall Luxury Pavilion. The platform launched a mobile game for the figure, as it upgraded content offerings to drive more brand engagement. 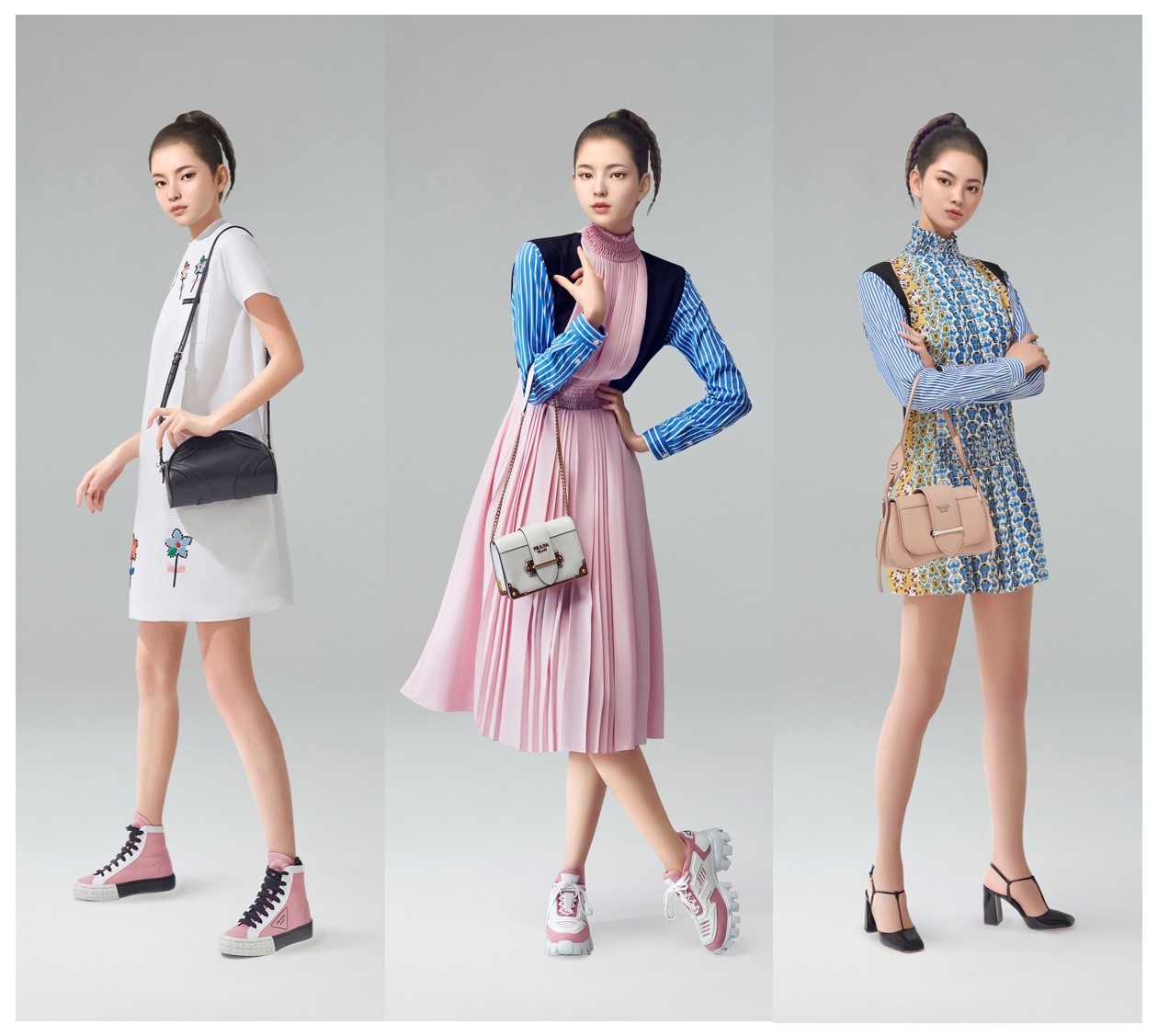 She later fronted the cover of Vogue Me with actor Jackson Yee and signed a contract with Condé Nast China, allowing the publishing company to represent her in the market. SuperElle, the magazine’s rival in China, later introduced its own virtual idols, Sam and Liz, to compete in this niche market.

Last year, Luxury Pavilion introduced its own realistic-looking virtual idol Aimee. She wore Prada and Miu Miu for her debut.

Lorenzo Bertelli, head of marketing and communication at Prada Group, then told WWD that this computer-generated figure will help the brands to “reach Generation Z and enhance the customer experience with the purpose of reaching a younger audience, in the form of short films, interactive HTML5 games and fashion blogs.”

However, Aimee didn’t get much visibility after the launch. Instead, Tmall later released a new virtual character called Maojiang, meaning Miss Kitten in Chinese, to participate in video and online community platform Bilibili’s events. One can argue that her more animated features appealed more to the platform’s audience than Aimee’s realistic posture. 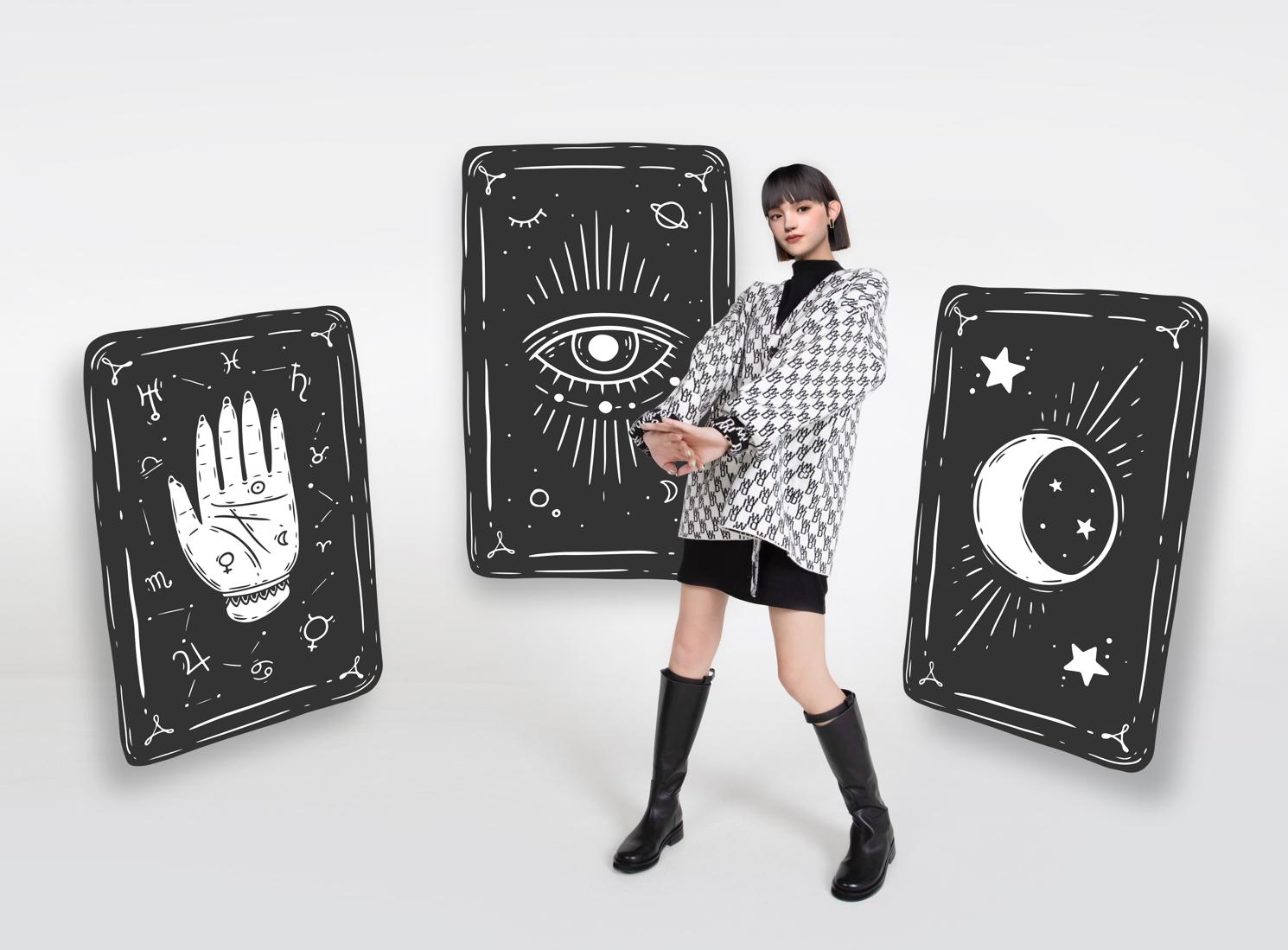 Qeelia is produced by Blue Wildebeest Technology. With more than 400,000 followers on Weibo, she has worked with brands like Fenty Beauty, Zadig & Voltaire, Gentle Monster, Christian Louboutin and Uniqlo, attending virtual events and promoting new products.

Maie is an upcoming virtual persona living in Shanghai, developed by the creative agency Club Media. While only having a few hundred followers on Instagram, the character comes with a strong sense of personal style. She was recently featured in fashion label Ffixxed Studios’ spring 2021 online campaign.

She told WWD that she is like “a birthday sponge cake. Colorful, sweet and very absorbent.” She loves Sony, Sirloin, ITCC, Yamaha, Grape, Hol!day, Lawson’s, and all bubble tea stores, and enjoys exploring food in the city, recording sounds, and making new friends. 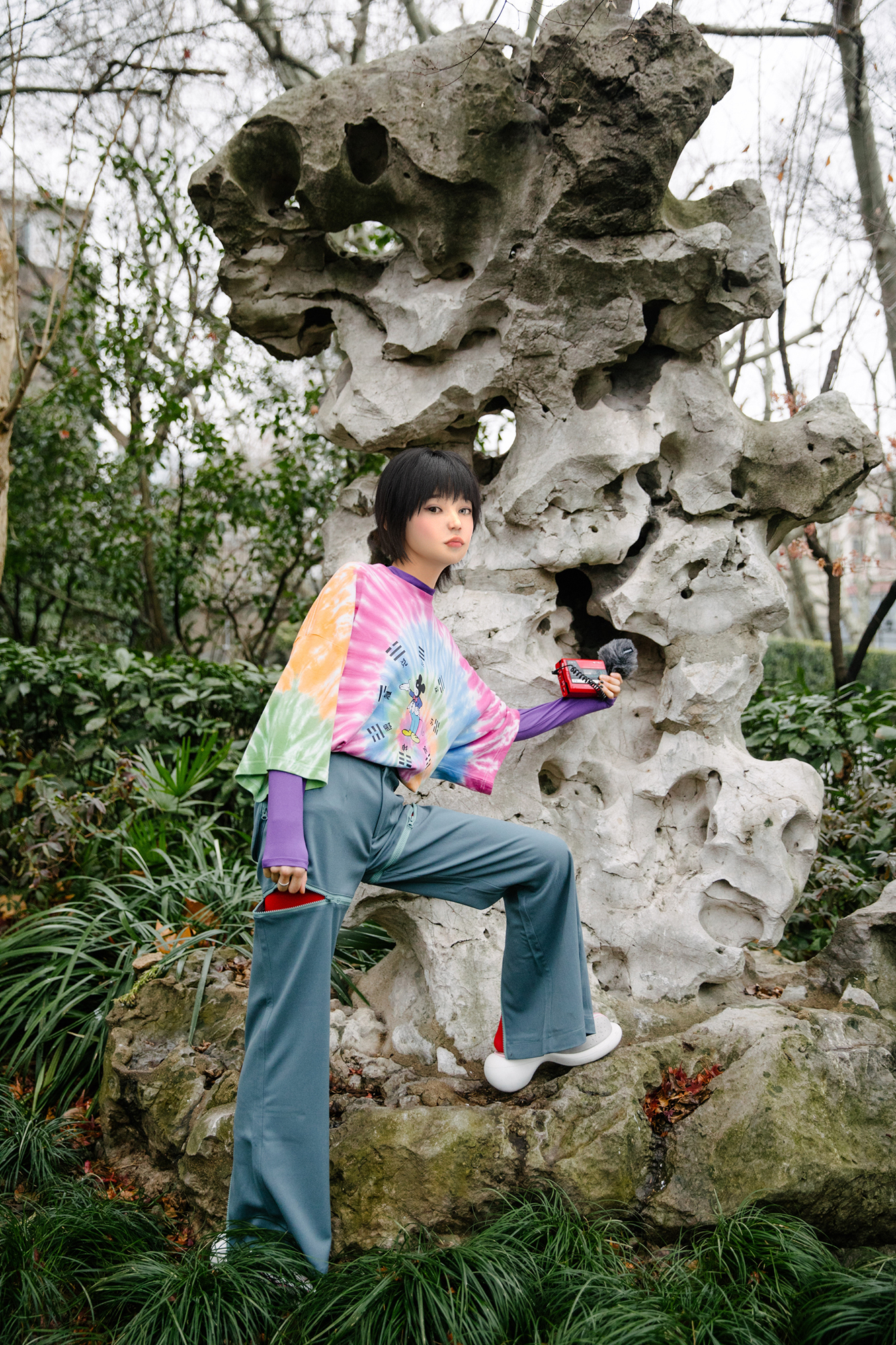 Maie is an upcoming virtual persona living in Shanghai.  Courtesy

Reggie Ba-Pe, cofounder of Club Media, said he created Maie because he thinks China’s virtual influencer market has incredible growth and mass adoption potential, even if the nation is reaching influencer exhaustion.

“We’ve already seen brands from Adidas to Burberry use virtual influencers in their campaigns and dozens more are flocking to it. However, the virtual humans market has a higher ceiling. Audiences don’t need another [influencer] selling them a product they already know about or don’t need. They need peers they can grow with, and aspirational identities that empower them,” he said.

“Influencers are too ordinary and plentiful. Idols are out of reach and too manufactured. Virtual humans could play an important role in filling the void for brands trying to appeal to China’s largest demographic of consumers — Gen Z,” he added.

There are numbers to back it up. According to the “2019 Virtual Idol Observation Report” released by search engine Baidu’s streaming platform iQiyi, some 390 million people in China are interested in virtual idols. It also said the penetration rate among Gen-Z users is particularly high, and the awareness around its culture is increasing year by year. 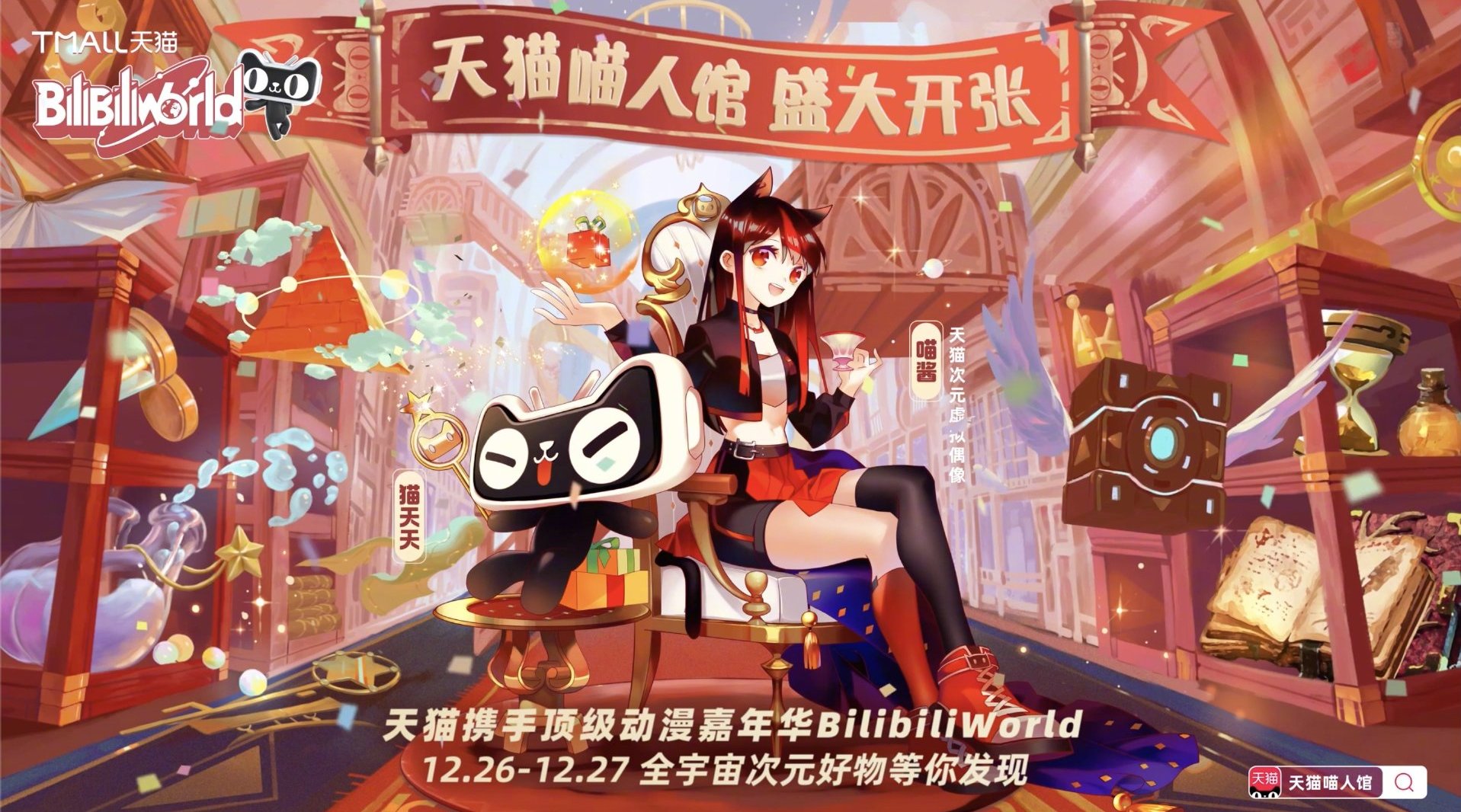 Fast forward to 2021: as China’s online community and its various subsequent subcultures continue to grow, virtual idols increasingly become a viable option for brands to invest in and communicate with a group of potential customers who can’t be reached with traditional celebrity endorsement tactics.

Earlier this week, following the success of L’Oréal Group’s first female virtual ambassador Miss M’s debut at last year’s China International Import Expo, where she provided visitors with an introduction to L’Oréal’s pavilion and accompanied them on an immersive experience, the company announced its first virtual male idol Mr. Ou and his assistant.

Resembling a character from the popular Chinese mobile dating simulation game “Love and Producer,” which is loved by millions of Chinese players, he is described as a Chinese-French entrepreneur who cares for the environment and works in the beauty industry. He will act on behalf of the brand and contribute content on L’Oréal’s social media platforms related to beauty trends, ingredients and sustainability initiatives, as well as conduct interviews with influencers and celebrities.

For L’Oréal, he is an experimental addition to the brand’s expansive celebrity endorsement matrix. It’s still too early to conclude whether virtual idols like him can spark the same level of devotion among fans that Chinese celebrities yield. While the move itself generated a good amount of local media reactions, his official reveal on Weibo only saw single digits likes and comments, with zero shares.

By comparison, the brand’s local ambassadors, such as model Ming Xi as the face of its lipstick line; boy band Nine Percent member Wang Linkai as the sheet masks category ambassador; and popular actor Zhu Yilong as a general spokesperson for the brand, have generated substantial online engagement and sales conversions. 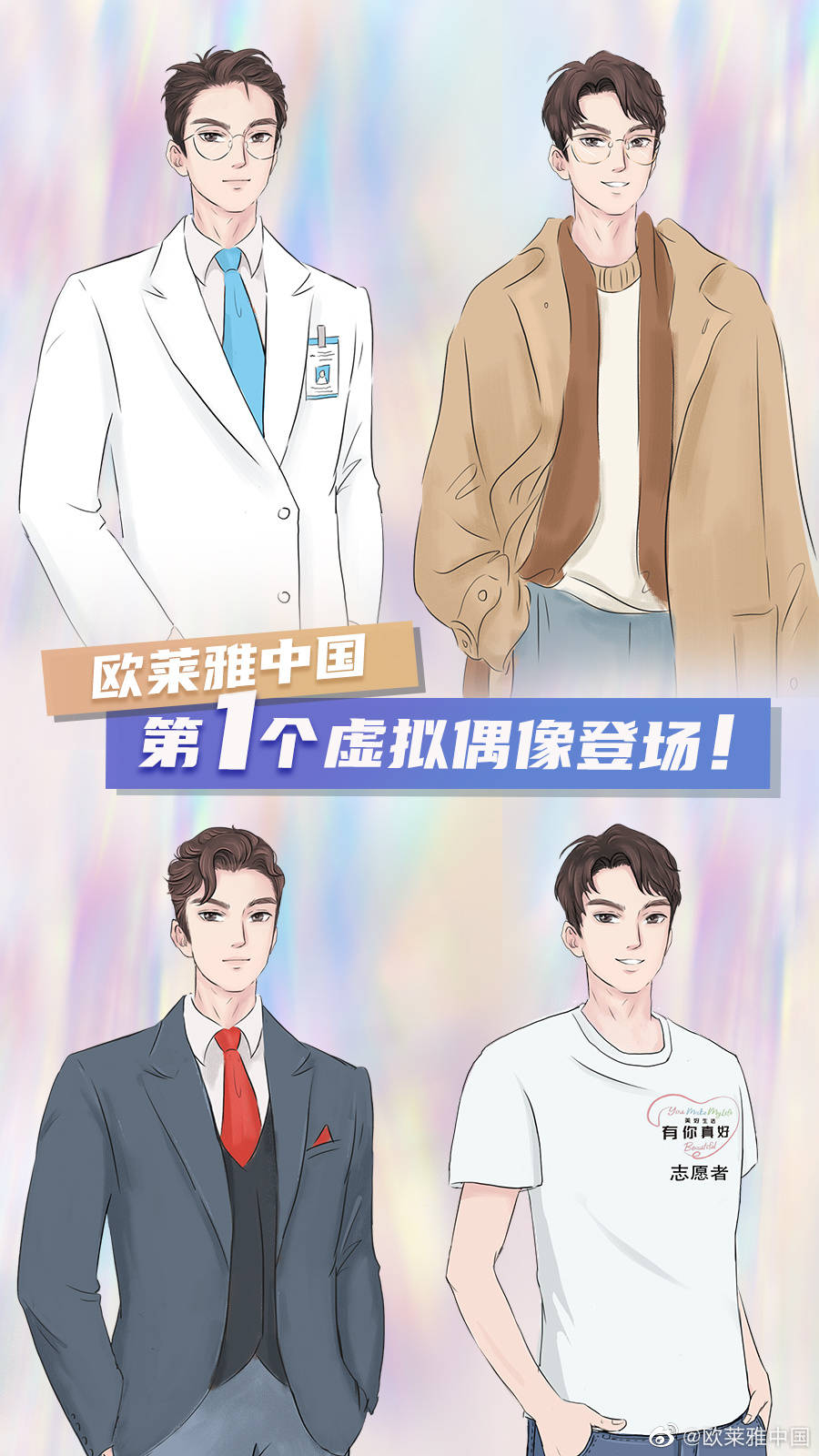 Of course, there are upsides to creating a fictional persona to represent a brand in China.

Using hyper-realistic virtual humans could save a lot of processing and expenses, and on-site risk control won’t be needed.

If managed carefully, these virtual idols also have the potential to influence generations of consumers in the years to come, like Mickey Mouse, Doraemon and Marvel superheroes do.