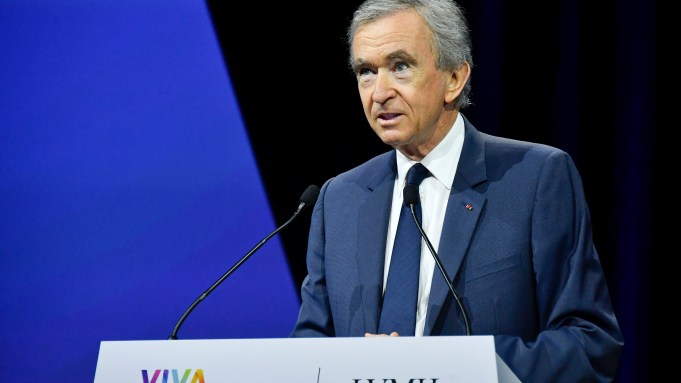 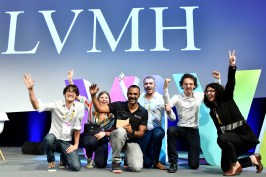 “Our distinctive feature is image analysis. We have developed extremely sophisticated technology that allows us, starting from a simple image, to extract hundreds of precise characteristics like styles or patterns to summarize what is happening on social networks and allow e-tailers to promote the products that are trending,” he told WWD.

“For instance, right now we have detected that flounced dresses are doing well on Instagram and getting a lot of likes, so we quantify that.”

Founded in 2013, the company also works with individual brands such as Louis Vuitton to help them better understand their customers’ tastes by going deeper than just scanning hashtags. It is working on pilot projects with other partners to explore further uses for the technology, which is set to launch officially this fall.

Pinville said that being selected out of more than 500 applicants to win the prize would no doubt give a big boost to the company’s ambitions. “We are starting to be a bit well-known in France and I think that internationally, it’s going to be huge and give us opportunities both within the [LVMH] group and outside,” he said.

Bernard Arnault, chairman and chief executive officer of LVMH, and Ian Rogers, the group’s chief digital officer, gave out the prize Friday on the main stage at the Viva Technology event in Paris.

Daniel Zhang, ceo of Alibaba Group, Sébastien Bazin, chairman and ceo of French hotel group Accor, and angel investor Tony Fadell, who are all members of the jury prize, joined them at the event.

Rogers said the award was created to “celebrate and support” the start-ups in the luxury and fashion industries.

“LVMH has never shied from start-ups, disruption or innovation. If you look back through the history from their early experiments in e-commerce to the growing successes today of e-commerce with Vuitton, with Sephora, Kenzo etc., LVMH has always looked toward the future and taken risks to get there,” he said.

“At LVMH, start-ups are a part of our everyday life. Every day, from investments to partnerships, we’re talking to start-ups, we’re working with start-ups,” he added.

Arnault said he liked to think that his conglomerate has maintained a start-up mentality, despite having a market capitalization of 115.9 billion euros, making it the biggest company on the CAC 40, the benchmark French stock market index.

“Today we are number one on the French market [in terms of market] cap, but I think by international standards it’s still very small,” he said, speaking in English. “We are still like a start-up and I will be happy when we have maybe two or three times that market cap.”

The luxury titan said he was upbeat about the French economy in light of the election of French President Emmanuel Macron, who visited Viva Technology on Thursday. In a speech, Macron said he wanted to create an economy that fosters innovation and promised to create favorable conditions for entrepreneurs.

“This is something that is extremely motivating for every French entrepreneur, because in France we have a lot of talent,” Arnault said.

“It’s really for us a passion to work with start-ups, and I am very glad to be in a country where now it’s possible really to be confident in the future of the economy, of free enterprise, and that our country is welcoming companies from outside France with a very good spirit,” he added.

The executive said France has some of the world’s best scientific talents, noting that his son Frédéric, who is studying at the elite Ecole Polytechnique, was doing an internship at a company specialized in artificial intelligence in the United States.

“That’s one aspect of France for the future which I think makes us very attractive. This — combined with a very open country now, very dynamic and very attractive for any kind of business — makes me very confident, so I am convinced that the winner of our prize will have a bright future,” he said.