Active transactions from the region more than doubled in November year over year, while the peak transaction volume jumped 300 percent.

LONDON — International retailers big or small are the new targets for Chinese digital payment platforms as they seek new sources of growth.

While Jack Ma’s Alipay has taken a hit due to Ant Group’s behemoth initial public offering being suspended by the Chinese government, its rival WeChat Pay is looking to win over European retailers to add it as a payment option at check out.

Jeff Hu, EMEA regional director at WeChat Pay, said during a webinar for more than 200 merchants from 14 countries that as COVID-19 vaccines are being rollout, “the time is now to double down on investment to be online ready for e-commerce and off-line ready for the tourism rebound.”

He also revealed that the WeChat mini-program, which enables brands to implement a wide variety of activities within the application, saw active transactions from the region more than double in November year-over-year, while the peak transaction volume jumped 300 percent.

With more than 1.2 billion users, its built-in payment service WeChat Pay is one of the mainstream payment options in China. It now handles more than 1 billion daily transactions, and also caters to Chinese outbound tourism, offering cross-border payment services in more than 64 markets and 24 currencies.

WeChat Pay’s off-line payment transactions have taken a hit in Europe due to travel restrictions, but online payment has enjoyed sharp growth. Those who set up cross-border direct-mail online stores via WeChat Mini Programs and leverage products in the WeChat ecosystem — including such things as official accounts, WeChat groups and livestreaming — have successfully connected with Chinese consumers who are on the other side of the continent, he added.

In a follow-up interview, Carol Chang, EMEA marketing director at WeChat Pay, told WWD that its biggest difference from competitors is that WeChat has created an ecosystem like no other.

“All the product we developed provides additional value to users, also for brands, it becomes a unique marketplace,” she said, adding that the official account is the first touchpoint for brands to connect with their customers and cultivate the fan base, while mini-programs take care of the more complicated and sophisticated functions such as livestreaming, which can help the brand to offer better online shopping experiences to customers, especially under current circumstances.

She said the payment platform saw a very steady increase in the European market pre-COVID-19, and the transaction volume of last Chinese New Year hit a record high. But fashion retailers are still trying to explore the Chinese market. 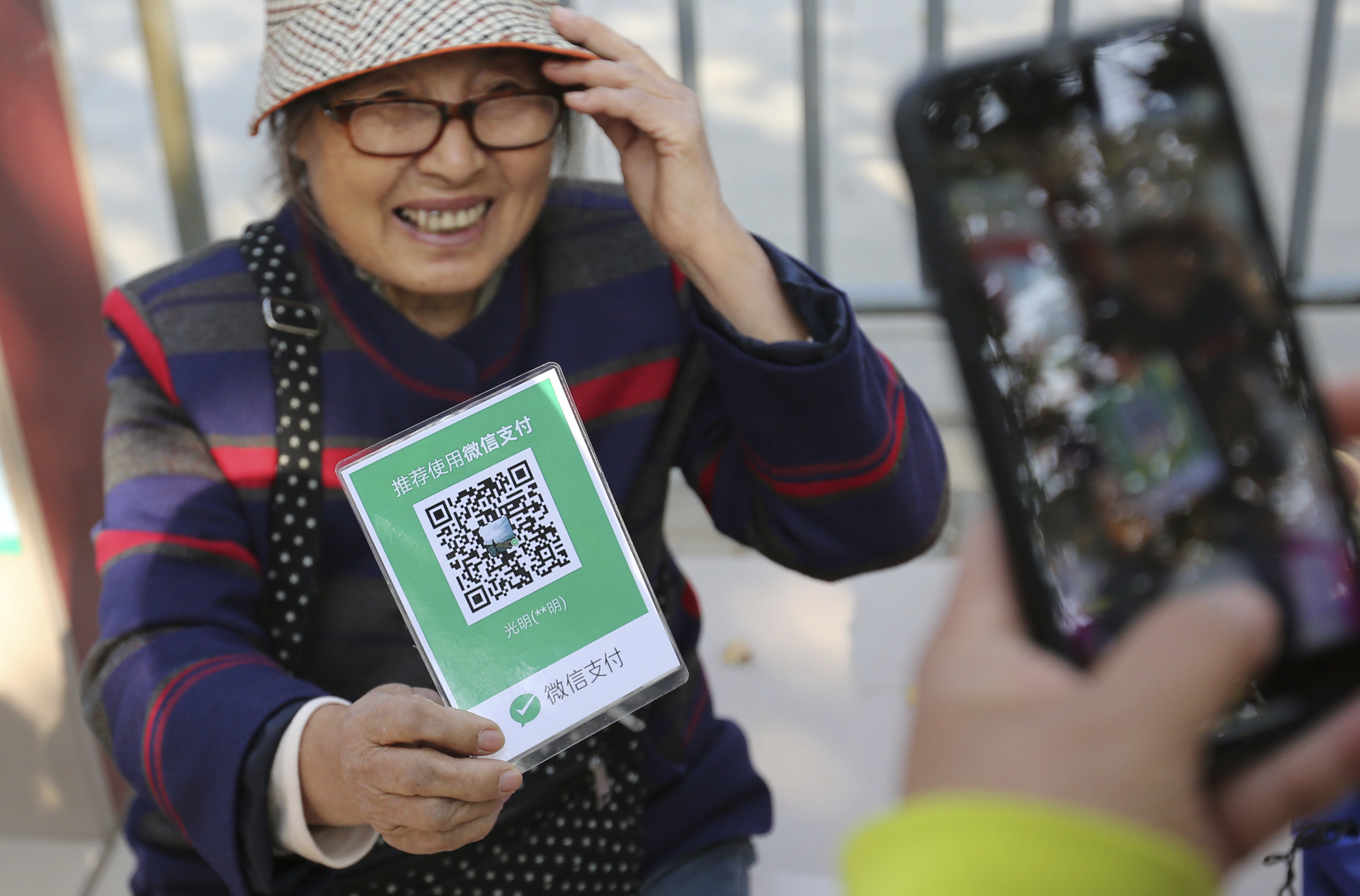 A local resident uses her smartphone to have the QR code scanned through the mobile app of Tencent’s WeChat Payment function to pay her purchase.  Chen feibo - Imaginechina/AP

Traditional online retailers such as Farfetch, Lookfantastic, and several emerging designer brands have been benefiting from including WeChat Pay as one of the payment options, she added.

For traditional off-line retailers with a presence in China, WeChat Pay has been an important option since its launch, while for those who haven’t any Chinese branches, selling or raising awareness via mini-program livestreaming has achieved different levels of success in China.

For example, Harrods built multiple studios in the penthouse of The Middle House in Shanghai to livestream via WeChat during the past Shanghai Fashion Week to engage with its followers in China, as the retailer is considering rolling out The Residence, an invitation-only personal shopping concept, in Shenzhen, Beijing, and Chengdu.

Michael Ward, managing director of Harrods, told WWD earlier that there are thousands of high-net-worth clients living in China, and The Residence will not keep any inventory on-site but will instead rely on Harrods’ relationships with the brands to pull products from brand stores. Personal shoppers will prepare items beforehand and have them sent over to The Residence, ready for VIPs, who may not even carry a wallet, as transactions are commonly done over WeChat Pay or Alipay these days.

Chang said her team has prepared all sorts of online and offline programs to help merchants of different scales and industries learn about the ecosystem, catch up with the trend in China and get access to the latest products and campaigns.