What to Watch: Not Just a Gimmick, Digital Fashion Could Disrupt the Industry As We Know It

When it comes to digital-only fashion, the possibilities are endless and inspiring. But technological and cultural barriers remain.

Designer Amber Jae Slooten fed images from Paris Fashion Week into a computer and then asked the machine to come up with a collection for The Fabricant.

If there is one thing that should convince the fashion industry that digital-only apparel is a serious proposition, it is the FaceTune app for mobile phones. Ever since it came on the market, the application — which allows users to “edit” their pictures before they share them on sites like Instagram or Facebook — has been incredibly popular: It’s estimated that around 70 percent of adults edit self-portraits before they post them. So one thing is clear: More than ever, consumers like to experiment with their looks online — and how real they eventually end up looking is not an issue.

It’s the most obvious sign that digital-only fashion has potential, agreed Kerry Murphy, founder of a Netherlands-based company, The Fabricant. His firm calls itself a digital fashion house and made headlines last May for selling a digital-only dress for around $9,500 on block chain. Murphy believes that digital-only fashion, where consumers buy clothing that can only be worn online, which will never exist in real life, is on its way into the mainstream and will eventually disrupt the fashion industry.

“I think it is something that everybody will be using in five, maybe 10, years,” Murphy predicts. Murphy said he knows of several tech companies racing to create something similar to a FaceTune app for clothing and he believes that, as soon as a large online e-tailer or a major label ventures into digital-only fashion, crossover into the mainstream is inevitable. The possibilities are endless and inspiring. Imagine being able to try on the exact digital replica of an 18th century French courtier’s dress, or an haute couture collection that is not limited by budget, human craftsmanship or even gravity.

We are not there yet, though. Today most digital-only fashion is found in the online gaming sector, where e-sports players costume their characters in different ways, purchasing what are known as “skins” for avatars that look nothing like a real human. In-game transactions are worth billions and brands like Louis Vuitton, Nike and Moschino have all sold or promoted digital-only apparel in this sector. 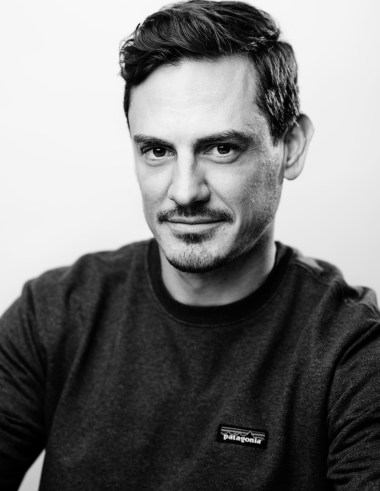 “One of the things we have found is that what people want more of is self-expression,” Joe Nickolls, general manager of Maxis, the company that developed The Sims, an online game Moschino recently collaborated with, told a Berlin industry audience recently. They get more than 10 million uploads a month into an area of the game where players can create their own looks for the characters, Nickolls reported.

Outside of e-sports, there are examples like The Fabricant’s pricy gown and Swedish label Carlings’ headline-generating, digital-only collection, created when the brand opened an online store late last year. Customers could buy an item from the digital-only collection for 10 euros to 30 euros and have it edited onto a picture of themselves they supplied to Carlings’ digital “tailors.”

But even Murphy admitted that most digital-only fashion is still more marketing project than feasible business model. He explained that there are three main areas of progress today: digital design, mostly used to facilitate rapid prototyping and sampling, and promote sustainability; virtual fitting, so customers can try clothes on as they shop online, and digital fashion design for promotion and marketing. Most of the digital fashion outside of e-sports belongs in the latter category. Virtual characters like digital influencer Lil Miquela, who has worked with Prada and has 1.6 million Instagram followers, also belong in that category, as do other virtual fashion models like Shudu. 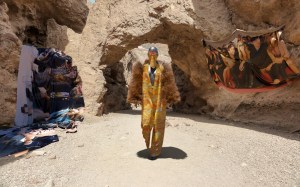 Another outfit from a Fabricant collection, created by a computer that was fed images from Paris Fashion Week.  Courtesy

There are multiple barriers to entry. As yet the cost of hiring a 3-D designer tends to outweigh the price customers are willing to pay for a digital garment, Murphy said. The area of virtual fitting also presents tricky technological aspects. “How clothing drapes and fits on the body, how the cloth collides and touches, and getting somebody else to take your full-length picture and convert that to 3-D,” Murphy listed the challenges. “All of that is very difficult to automate.”

Eventually digital fashion could change our relationships to clothes, as well as other tangible assets, and there is immense potential to make fashion more sustainable, Murphy concluded. But right now, he argued, “we mostly need to change the mind-set that it is not considered part of the fashion industry.”