Fashion personalities have so far shied away from YouTube and stuck to their well-curated Instagram feeds — but now, they're learning from beauty and engaging with consumers in a more intimate way.

LONDON — YouTube used to be a platform used solely for watching music videos — or funny animal clips — but it’s now polishing up and preparing to become a more dynamic space, filled with sophisticated fashion and beauty content by a host of creators, including influencers. High-profile designers and models have been getting in on the YouTube act, too.

This isn’t an overnight shift: The platform has been evolving over the last few years, with vloggers coming onto the scene and using YouTube to share candid content and build sizable audiences: Makeup tutorials, fashion hauls and daily feeds with vloggers sharing footage of their day, including mundane tasks like making breakfast or running errands, have all become commonplace in the YouTube world.

Until recently, fashion insiders and front-row attendees have shied away from the platform and stuck to their beautifully curated Instagram feeds.

Former magazine writer and general man-at-every-party Derek Blasberg, who was hired by YouTube last summer to lead its fashion and beauty division, wants to change all of that and show his glossy fashion pals the opportunity of YouTube’s large audience — along the way proving that it’s not just for learning how to do a cat eye or get a glimpse inside someone’s kitchen. The timing is right: As more brands are putting a bigger focus on their direct-to-consumer strategies, YouTube is offering an attractive opportunity for fashion labels to talk to their customers in a new, more intimate way.

“YouTube has always had a creative audience, especially in the beauty space. Fashion was what was more difficult on YouTube than other platforms. But we’re seeing that change with Naomi Campbell or Victoria Beckham launching their channels a few months ago,” said Blasberg in an interview. “What has appealed to these fashion people is just the sheer reach and influence of YouTube. It has over two billion unique visitors every month. There is a ferocious audience that is looking forward to seeing what is happening within the fashion space, especially with people like Victoria [Beckham].”

So far he’s been able to lure the likes of Naomi Campbell, Victoria Beckham, Jennifer Lopez, Rosie Huntington-Whiteley, Nicola Formichetti and most recently Alexa Chung to join the party (many of whom were already in his closely self-documented social circle). Earlier this month, YouTube also made its presence felt at one of fashion’s biggest nights, the Met Gala, by inviting some of the biggest YouTube creators, like James Charles, Lily Singh and Liza Koshy, to the event. (Charles’ attendance ended up inadvertently being a bonanza for YouTube when Charles got into a public social media spat with fellow influencer Tati Westbrook. While Charles has lost two million followers as a result, Westbrook has gained four million — and each video about the feud has gained 40 million views.) 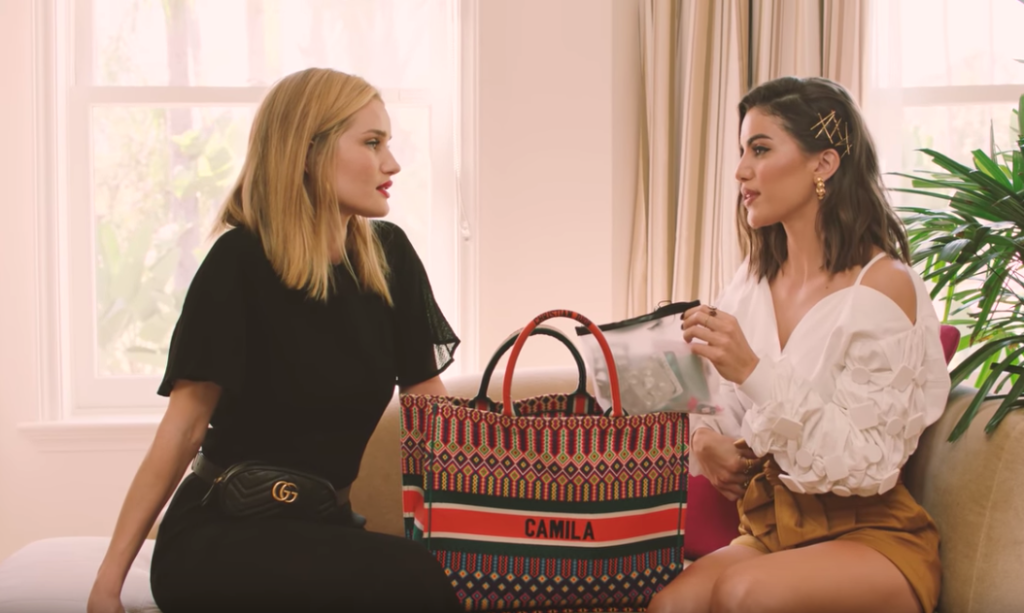 Alison Bingé, Launchmetrics’ chief marketing officer, added that there is a big opportunity for fashion to replicate beauty’s success in building engaged communities with long-form video content on YouTube.

“Fashion has a lot to learn from beauty, where 80 percent of Media Impact Value from social media comes from YouTube. Until now, fashion brands have been using the platform for highly produced content, focused around brand values and aspirations such as campaign videos or fashion shows. But we could be starting to see more organic content coming from these celebrity YouTubers. After all, today’s consumers are looking to connect more authentically and this platform provides great potential to do so,” said Bingé, adding that Instagram’s video push with the launch of IGTV is unlikely to impact YouTube’s potential across the fashion and beauty verticals.

“While the launch of IGTV has made a number of brands question the future of YouTube’s success, the fact is that their first-to-market position gives them a competitive advantage that will be very hard for others to replicate. It would mean changing the customer’s mind-set when it comes to how, when and where they consume video content. Instagram’s success today has been linked mostly to short-form videos and stories that users don’t need to be as focused on, in order to digest,” added Bingé.

Although Blasberg has been focused on getting these big fashion personalities to join YouTube, he is adamant that this won’t change the quality of the platform’s content from raw to highly airbrushed.

“What we have found is that the idea of glossy, [highly produced] content, doing better than more authentic content is an archaic way of looking at it,” added Blasberg. “I think what people want to see now on social media, and especially YouTube, is content that feels organic. People like to see mistakes. They like to see people holding a camera and shooting selfie-style. I grew up at a time in fashion where everything was really behind a fourth wall and super styled and meticulous, and it has been fascinating to see that change.” 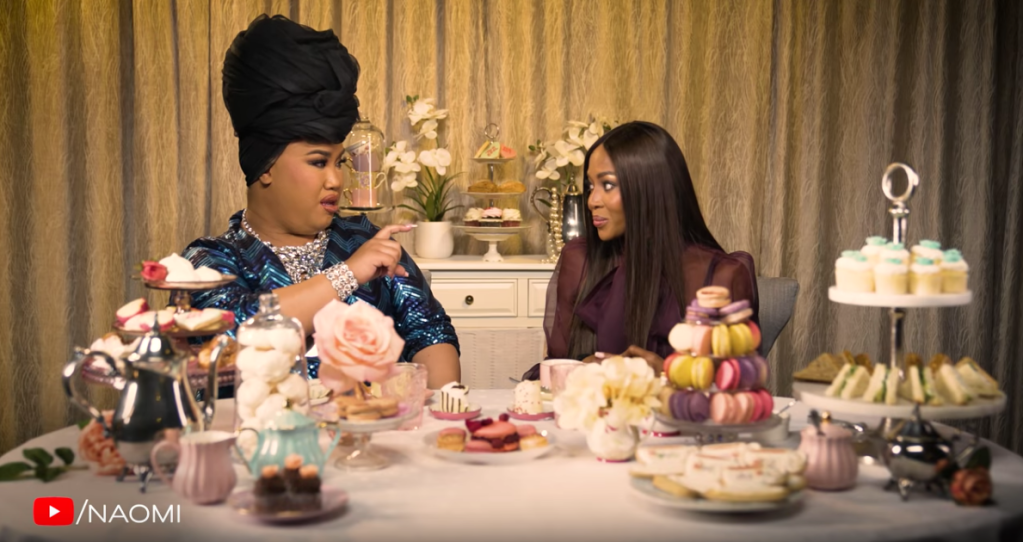 So far Beckham has shared footage of her messy hotel room while in New York to launch her collaboration with Reebok; Campbell showed the world her workout routine and had a camera film her as she was lying down in an infrared bed and waxing lyrical about its benefits; Lopez told the story of her last-minute decision to wear her famous palm tree-printed Versace dress from her couch — and even Kate Moss cooked a Sunday roast for the British Vogue YouTube channel.

“Celebrity or not, the community on YouTube wants to see real life, authentic content. They want to hear true, meaningful stories from creators,” said Camila Coelho, one of the few influencers who dabbled on Instagram and YouTube from early on and who has 1.2 million subscribers on her English channel. She added that her YouTube audience is “completely different” to followers on other platforms and is based on audience feedback. She has been focusing on beauty content and makeup tutorials in particular, but sees fashion growing as a vertical as more celebrities, editors and other creators join the platform.

Alexa Chung, who launched her channel with a witty video featuring a musical band and a first look at the making of her Met Gala dress, said she wanted to experiment with a platform where she could unite her interests and quintessentially British sense of humor.

“This will be the new home of original, unfiltered content and a place which I hope will inspire my community through a host of videos spanning fashion, travel, art and self-expression,” said Chung. 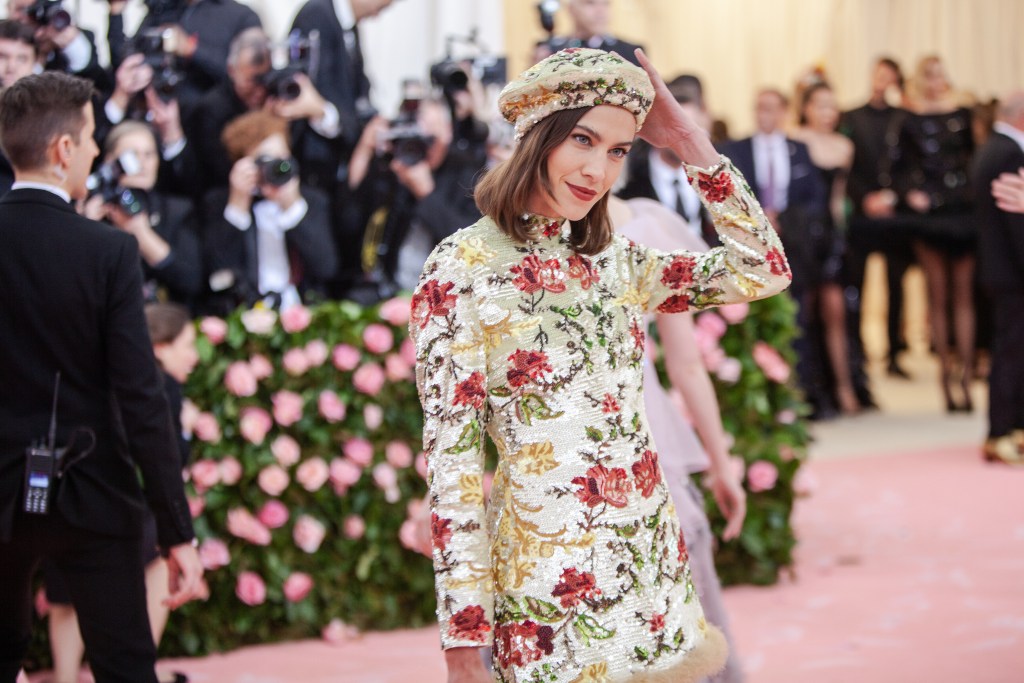 For Beckham, using a platform that a young, modern audience enjoys and giving those viewers a glimpse into “the real Posh,” as Blasberg calls it, was what drew her to the platform.

“It depends on how you use it. I am not using it to sell, sell, sell. I am using it for people to really understand me and my team, the brand and all of its different categories. It’s more about that, being on the road with me or being at hair and makeup, as opposed to telling people, ‘Buy this lipstick.’ I am not saying that at some point there won’t be tutorials, but we are much more focused on documentary-style videos right now. That’s the great thing that we control the content so we can do anything really,” said Beckham, who also wants to use her channel to promote the launch of her much-anticipated beauty line come September.

Upping YouTube’s fashion ante is not meant to foreshadow the influencers and vloggers who are already active on the platform either, but to encourage collaboration and build momentum.

“Not only do we hope celebrities and YouTube creators collaborate, but we encourage them to do so. It is a great way to create a bit of a buzz and excitement in the fashion space by getting these designers and models to collaborate with people who already have a built-in audience,” said Blasberg, citing recent tie-ins between Huntington-Whiteley and the likes of Aimee Song or Coelho and Naomi Campbell’s makeup tutorial with Patrick Starrr.

“This community is inclusive, there is room for all voices,” added Coelho, who quickly bonded with Huntington-Whiteley over a mutual obsession for makeup and skin care and teamed up on a series of videos sharing travel and everyday essentials. “Rosie is such a great example of a traditional talent joining the platform and utilizing it so well.”

For Huntington-Whiteley, launching YouTube was a means of promoting her beauty venture, a web site dubbed Rose Inc. that aims to share insider beauty and wellness tips. But it has since “taken on a life of its own,” said the model, with an engaged community who are constantly providing feedback and more than 100,000 subscribers, accumulated in less than a year.

“YouTube is a place where I can be really creative and tell the stories I’m passionate about. Our personalities can shine through [on the platform] in a way that isn’t always possible with still images,” added Huntington-Whiteley.