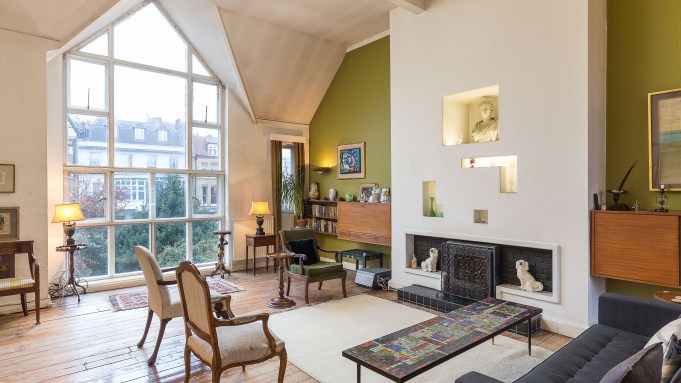 As British Vogue is about to enter a new era of leadership with Edward Enninful preparing to take over the helm at the beginning of August, a piece of the iconic publication’s history has come up for sale in London’s posh Chelsea neighborhood.

It is the former living space of Beatrix Miller, who edited the magazine between 1964 and 1986 and is largely viewed as having transformed it into the successful publication it is today, while cultivating generations of editorial, fashion and photographic talent.

While you might think that a successful Vogue editor would have owned a fancy house in London, Miller in fact rented out her friend Jane Halford’s ground floor studio for more than 40 years. Now the entire house, located at 5 Mulberry Street, is up for sale for 8.95 million pounds

An extremely private woman, Miller never appeared on television and rarely attended the parties of others, but often threw glamorous soirées at her studio where her guests mingled with fashion darlings, the literary elite and young royals.

Prior to Miller’s occupation at Mulberry Walk, the house provided residence to an array of colorful characters. The first of these was eminent sculptor and painter, Baron Arild Rosenkrantz, who commissioned Clifton Robert Davy to design the house for him and his wife in 1913.

He had the house designed with a ground floor studio for sculpture, an upper floor studio for painting, as well as accommodation for him and his wife and this structure has barely been altered since. The property also boasts a first-floor terrace and 32-foot garden.

In 1925 the property was sold to flamboyant powerboat racer, Marion “Joe” Carstairs, who regularly dressed as a man and had numerous affairs with high-profile women including Greta Garbo, Marlene Dietrich and Oscar Wilde’s niece, Dolly.

“This is one of very few original double artist studios to be found in Chelsea,” John Waters, a partner at Knight Frank, who is the co-listing agent alongside Russell Simpson, said.

“The house has barely changed from the specification of Baron Arild Rosenkrantz to which it was built and it offers not only two incredible studio rooms but also the opportunity to create a wonderful family home. Its originality makes this an amazing property.”