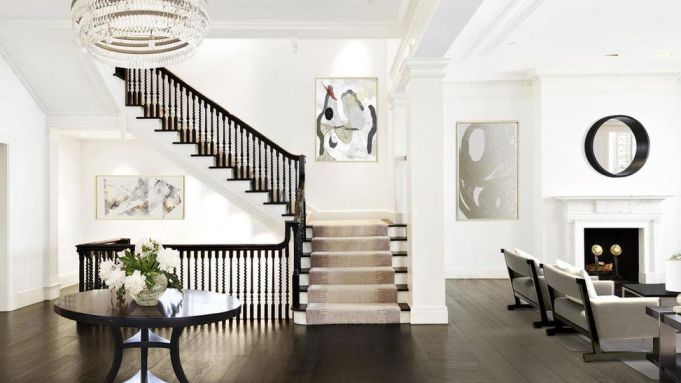 A lavish town house that was once home to two New York society heiresses as well as countless moguls has finally changed hands for $39 million.

She and her family first put it on the market in April 2016 for $55 million and the price was later reduced twice, last asking $39 million, before attracting tech billionaire Tianqiao Chen, who paid just that, according to The Real Deal.

The five-story red brick and limestone mansion was built in 1881 and once belonged to another society heiress, Alice Gwynne Vanderbilt, while other notable owners include real estate baron Walter J. Salmon.

During the Barnetts’ time, it underwent an expensive makeover led by famed leather-clad interior designer Peter Marino and standout features include a grand staircase, a black and white marble entry floor, many period moldings, soaring ceilings and no less than five wood-burning fireplaces.

There’s also a landscaped garden, two terraces, a large state of the art elevator from the basement to each floor, a wine cellar and a private gym. But perhaps the most unusual feature for an Upper East Side town house is the nightclub complete with full bar located in the basement.