Billionaire Fashion Investor’s Penthouse in the Sky Finds a Buyer

It was originally priced at $70M, but recently got a reduction. 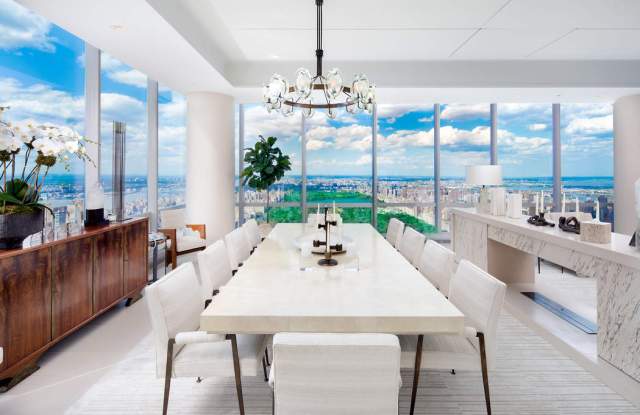 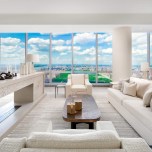 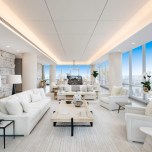 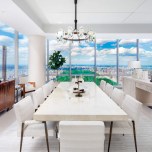 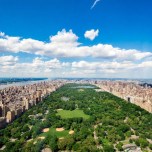 That didn’t take long. Fashion investor Lawrence Stroll has quickly found a buyer for his luxe penthouse in the sky after knocking $11 million off the hefty price tag.

The Canadian billionaire, known for being one of the forces behind Michael Kors’ 2011 IPO as well as for his penchant for Ferraris, first tried to sell the penthouse for $70 million in October.

After that price got no takers, he lowered it to $59 million in March, which clearly did the trick as it entered contract just a few weeks later.

The penthouse, which takes up the whole of the 85th floor of Manhattan’s exclusive One57 tower, is pretty spectacular thanks to breathtaking views — 360-degree vistas of the entire Manhattan skyline, Central Park, as well as the East and Hudson Rivers.

The interiors — the results of a no-expense-spared renovation — aren’t bad either, with an entrance hall upholstered in woven suede, a double-sided fireplace and a three-tone sculpted ceramic wall by the artist Peter Lane in the main living area.

As for the sleeping quarters, the master suite comes with no fewer than four rooms including two dressing rooms and an en suite bathroom, while there are two additional bedrooms with en suite bathrooms and custom closets.

When One57 first opened its doors in 2014 on West 57th Street, it set a new bar for luxury living and also marked the beginning of a stream of buildings trying to outdo each other with over-the-top amenities on the same street that was soon dubbed Billionaire’s Row.

Just a few years later, some of the shine has come off the building, plagued by two foreclosures and a couple of unprofitable resales on the back of a wider struggling luxury market against an uncertain economic and political backdrop.

The listing agent for Stroll’s penthouse is Nikki Field of Sotheby’s International Realty.