The makeup artist had the house built for her around 15 years ago and is now looking to downsize. 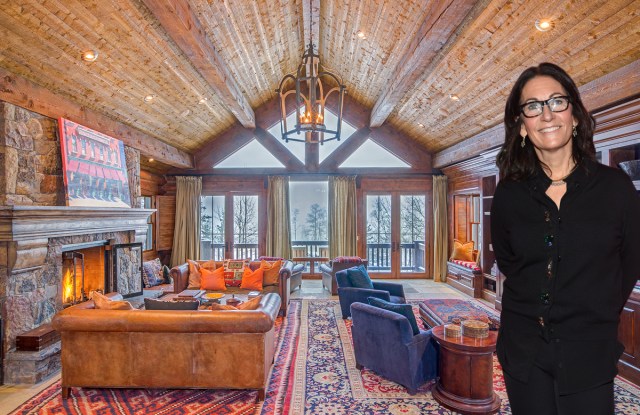 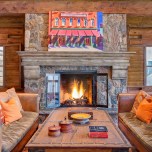 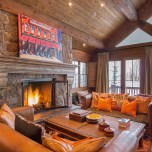 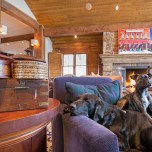 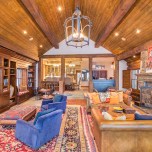 While makeup maven Bobbi Brown has long called New Jersey home and famously summers on the shore, she and her family have also spent a lot of their time in Telluride, Co.

So much so that they had a picturesque cabin in Mountain Village built for them around 15 years ago, but as her three sons get older she has put that on the market — first at $6.5 million and now at $6.25 million — as she looks to downsize.

“After 15 incredible years in our beautiful and cozy home, we have decided to sell and build a smaller, more modern house, in town,” the makeup artist and founder of Bobbi Brown Cosmetics told WWD.

With easy ski access in the winter and close proximity to the golf course in the summer, the seven-bedroom house, which was built in 2000 and has impressive views of Mount Wilson, is perfect for all seasons, while 8,300 square feet of living space means it’s great for entertaining.

The sprawling main living room is particularly rustic, kitted out in a mixture of wood and stone complete with wooden beams, while a big stone wood burning fireplace takes center stage and french doors open out to a balcony with mountain views.

There’s also plenty of amenities to relax and unwind after a hard day’s skiing including an oversized hot tub, sauna, steam shower, a games room, a wet bar as well as an outdoor patio.

“She designed the home around her family as she is always traveling with extended family. It’s really great for entertaining,” said listing agent Denise Scanlon of Telluride Properties.

“She comes in for the Telluride Film Festivals and the holidays in winter. Her boys are all avid skiiers and golfers.”

The 60-year-old beauty guru and her husband, Steven Plofker, also own a house in Montclair, N.J., which was built for Funk & Wagnalls. New York City property records showed that they also spent $1.9 million on a Greenwich Village apartment in 2010, only to flip it two years later for a $75,000 profit.