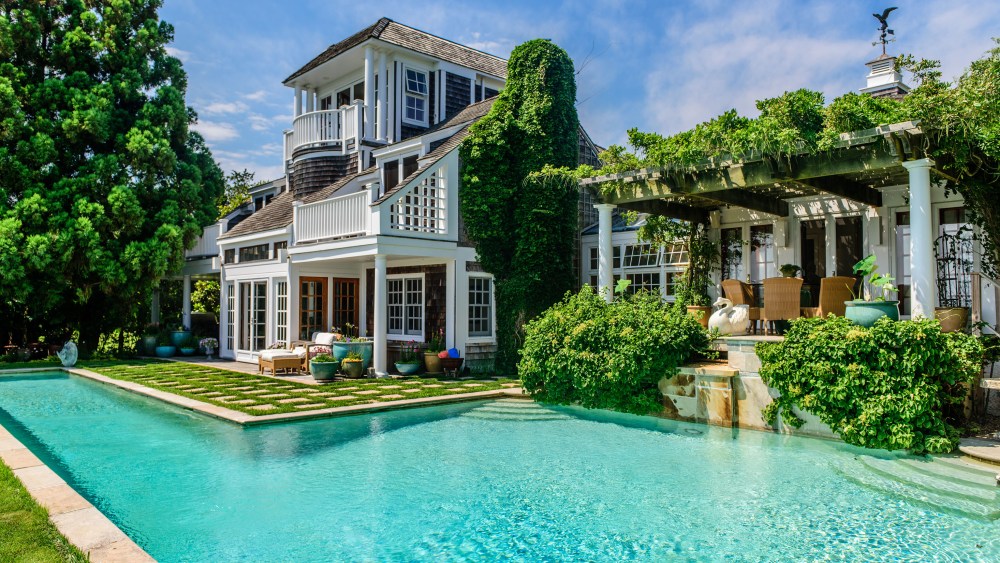 Carmen Marc Valvo is struggling to sell his Hamptons hideaway.

The high-end eveningwear designer, known for his dresses that have been worn by Beyoncé, Kate Winslet and Eva Longoria, has had to lower the price of his wisteria-covered Bridgehampton house by more than $1 million to $6.95 million after failing to find a buyer since it hit the market last June.

The three-story, five-bedroom house is located at the end of a long, private driveway and sits on around one acre of land on Mecox Bay. While its interiors have been designed in a stylish mix of neutral colors and wood, it’s the the large gunite pool and surrounding grounds framing it that have to be the showstoppers.

A large porch looks out to the waterside heated pool, the house’s private dock and the gardens, which are filled with a koi pond, a fountain and palettes of peonies, hydrangeas, magnolias and wisteria, some of which Valvo draws inspiration from for his designs.

Indeed, he previously told Traditional Home that he would go to Bridgehampton when he really needed to focus on design, describing the traditional-style property as his “refuge from the city.”

Elsewhere, there is a pool house with a temperature-controlled wine cellar below, as well as a detached two-car garage that comes with a bonus room above.

Valvo appears to be the latest victim of the slowdown in the Hamptons’ luxe housing market. The glitzy summer hot spot’s high-end property market isn’t as strong as it once was on the back of political and economic uncertainty and Valvo is one of the many homeowners who are having to become more realistic on pricing in order to secure a sale.

The listing agent for the property is Beate Moore of Sotheby’s International Realty.