“The Devil Wears Prada” actress and her "The Office" actor husband paid $6 million for it in 2015. 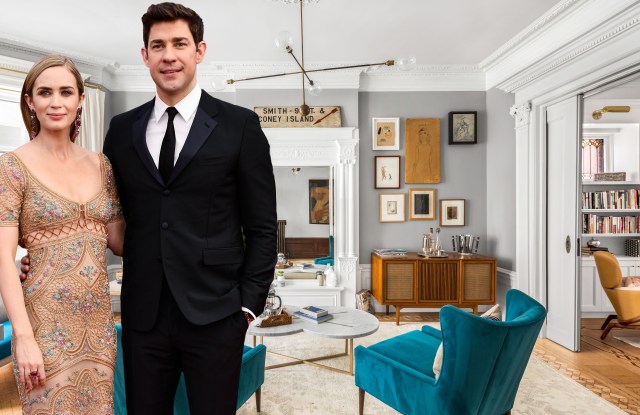 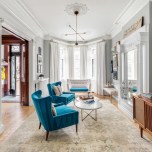 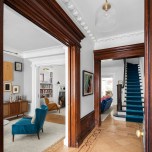 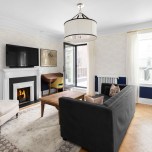 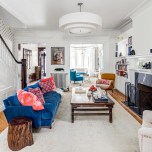 Serial property flippers Emily Blunt and John Krasinski are on the move again.

The acting couple, who have two young daughters, just listed their seven-bedroom, four-story town house in Brooklyn’s stroller-heavy Park Slope neighborhood for $8 million despite only buying it about two years ago.

City property records showed “The Devil Wears Prada” and “The Girl on the Train” actress and her husband, who portrayed Jim Halpert in “The Office,” paid $6 million for it in 2015, before undertaking a “no expense spared” renovation, which reportedly set them back around $300,000.

During the renovation, they managed to keep many of the original features of the home, built in 1909, such as stained glass windows, a paneled dining room and artisan crown moldings, according to listing agents Karen Talbott and Kyle Talbott of The Corcoran Group. There is also a pretty blue stone paved backyard with a cedar fence.

Krasinski told The Wall Street Journal that they decided to sell as they were unable to spend as much time at it as they would have liked due to their busy work schedules. (Blunt has been spending a lot of time in her hometown of London filming “Mary Poppins Returns.”)

“We’ve been nomads for a while now, but that’s the nature of the business,” Krasinski said. “The house is so special — someone who can spend every night there should have it.”

The couple has certainly been busy in the property world over the past few years, selling not one but three houses last year as they switched the West Coast for the East Coast.

The first was a mansion overlooking celebrity haunt Chateau Marmont on Los Angeles’ Sunset Strip, which model and “Keeping Up With the Kardashians” star Kendall Jenner bought for $6.5 million.