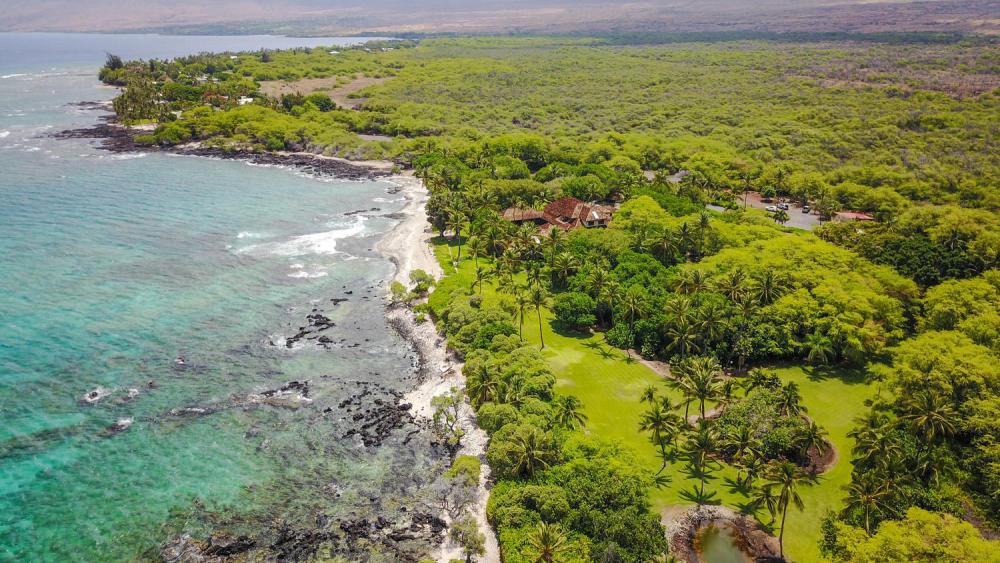 The Men’s Wearhouse founder and former chief executive officer has finally sold his Big Island oceanfront estate, known as Nani Paniau, for $18 million, although securing a sale was no easy feat for the seasoned retailer.

Indeed, Zimmer has been trying to offload the lush compound since 2015 when it became surplus to requirements after he spent $20 million on musician Neil Young’s nearby house.

The price for the eight-acre estate was originally set at $35 million, but proved to be too high and it has been on and off the market ever since, last asking $24.5 million before it entered contract.

As well as an impressive discount, the mystery buyer has got themselves some pretty nice new digs, boasting 1,000 feet of ocean frontage to make it one of the largest privately owned oceanfront properties on the Kohala Coast.

In addition to its enviable location, the estate is home to an opulent 10,000-square-foot, eight-bedroom plantation-style house with unobstructed ocean and sunset views of Maui and the Kohala Coast, as well as a media room, a gym and a billiards room with wet bar.

And like any self-respecting Hawaii compound, it also comes and an oceanfront swimming pool complete with spa and waterfall, as well as an abundance of coconut trees.

There are also another nine separate parcels of land within the compound, which could each accommodate a house, according to the listing, held by Bob Chancer and Steve Hurwitz of Mauna Kea Realty.

Zimmer was abruptly fired in 2013 from Men’s Wearhouse, the business he started in Houston in 1973 with $8,000 and a cigar box to hold cash and built into the largest men’s specialty store chain in the country.

Since then he set up Generation Tux, a competitively priced online tuxedo and suit rental company that are shipped directly to customers.