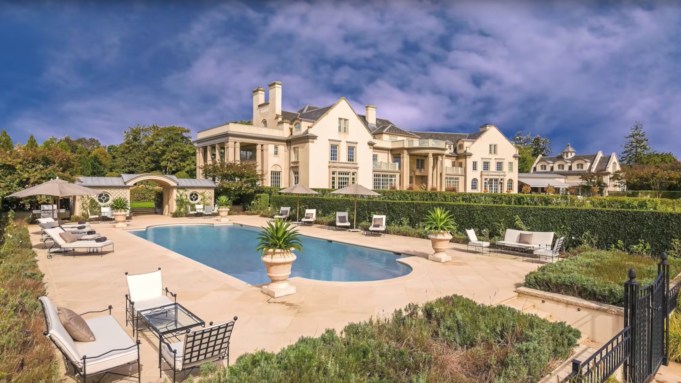 A mystery buyer has scooped up late shoe king Vince Camuto’s lavish $72 million Hamptons mansion after a decade on and off the market.

The multimillionaire Nine West cofounder and his wife, Louise Camuto, bought the then badly run down 15-acre estate called Villa Maria in Water Mill, N.Y., in 2005 for $35 million and carried out a massive renovation, taking five years in total.

The Camutos first tried to sell the 19th-century mansion, which at one point in its history served as a convent for the Sisters of St. Dominic of Amityville, for $100 million in 2008, but one can only assume the financial crisis thwarted their plans.

Since then it has been on and off the market at several different prices and after Camuto died in 2015, Swedish-born Louise tried again, putting it up for sale the following year for $72 million with Hamptons-based brokerage Bespoke Real Estate.

A buyer has finally bit and although their identity and the final price paid won’t be revealed until the sale has closed, one thing is certain — their new home is pretty spectacular.

As well as boasting 1,100 feet of waterfront and views of the Mecox Bay, the estate includes a four-story, 20,000-square-foot mansion with 11 bedrooms (including a six-room master suite), no less than 12-and-a-half bathrooms and a light-filled atrium.

There’s also a carriage house, guest cottage, an all-weather tennis court, a heated gunite pool, two pool pavilions with a kitchen and bath, as well as a climate-controlled wine cellar.

At the same time, Louise, who sits on the board of the Camuto Group, is trying to sell her 16,301-square-foot Greenwich, Conn., French chateau-style home that her late husband, known for his collaborations with Jessica Simpson and Tory Burch, acquired in the mid-Eighties.

That mansion, which is on the market for the much cheaper price of $25 million, is surrounded by not one but two mazes to look like chateaux in France, while inside there is a hall of mirrored closets modeled on the Palace of Versailles.

The listing agents for the Hamptons house were Cody Vichinsky and Zach Vichinsky, both of Bespoke, which only represents properties worth $10 million and above and has clocked in around $200 million worth of sales so far this year.