Grey Gardens’ former carriage house has been put up for sale, asking $9.5 million. 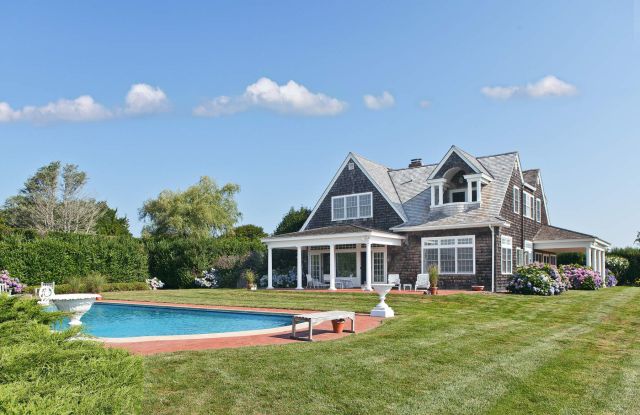 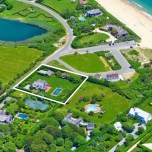 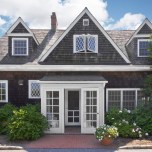 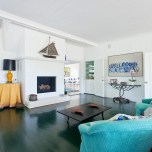 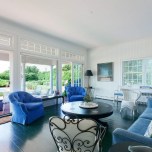 Grey Gardens, the Hamptons estate famous for once being home to Jackie Kennedy Onassis’ reclusive aunt and cousin (aka Big Edie and Little Edie), recently changed hands for $15.5 million.

Now, with a $9.5 million price tag, Grey Gardens’ former carriage house that Big Edie sold in the Fifties has hit the market for the first time in 56 years, giving prospective buyers another chance to buy a slice of East Hampton history.

“Originally when Grey Gardens was built, it was several acres that went all the way from the main house to the ocean beach,” Frank Newbold, listing agent of Sotheby’s International Realty, told WWD.

“It was only split up to be two separate properties in 1953 when Big Edie spun off the carriage house to raise a bit of extra income because they were on a fixed allowance from the ex-husband.”

When it was built in 1896, the carriage house would have had just a small room for the coachman, but these days, the fully renovated property has five bedrooms, as well as a sparkling 45-foot heated pool and 1 acre of manicured lawns — like any self-respecting Hamptons house.

But if you look hard, signs remain of its humble beginnings such as the original wainscoting on the ceiling in the paneled living room, which was once the main carriage room. More modern updates include French doors that open out to a shaded terrace, while a balcony overlooks the surrounding reserve.

The main Grey Gardens house garnered worldwide attention when Big Edie and Little Edie were profiled in the namesake 1975 documentary. The film, which was adapted to a 2009 HBO movie starring Jessica Lange and Drew Barrymore, as well as a Broadway musical, revealed that the property was overrun by cats and in dire need of repair.

At one point, Kennedy Onassis and her sister, Lee Radziwill, provided funding for necessary repairs in order to stop it from being knocked down by the local authorities for not meeting their standards.