Jonathan Newhouse put it on the market in May, asking just under $7 million. 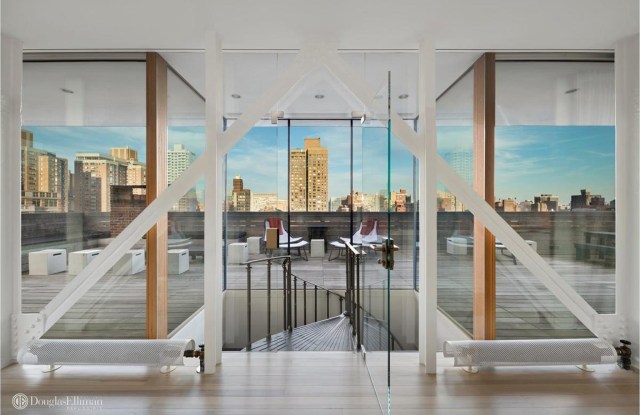 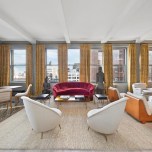 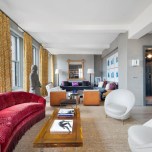 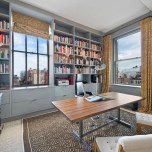 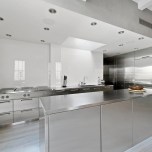 Condé Nast International’s chairman and chief executive officer has certainly had his hands full lately with the fallout from staff changes at British Vogue and rumors circulating about the future of the publishing giant’s new chief business officer in the U.S.

But Jonathan Newhouse has finally had a piece of good news as he quickly found a buyer for his plush full-floor Manhattan penthouse, for which he was asking just under $7 million.

This is more than double what he and his wife, Ronnie Cooke Newhouse, the owner of fashion advertising agency House + Holme, paid for it in 2005.

Features include a private, keyed elevator entrance, a sprawling living room with 11-foot ceilings, a formal dining room and a chef’s kitchen with all the latest mod cons.

Perhaps the pièce de résistance is a grand antique iron staircase, which leads to a large glass-enclosed room with a wet bar and a 1,400-square-foot roof terrace with views of the city.

The penthouse is located at 105 East 29th Street, a boutique prewar loft co-operative building in Gramercy with 11 full-floor residences built in 1912 and converted in 1982.

The previous owner was the late knitwear designer Joan Vass, whose creations were worn by Ali MacGraw, and Jacqueline Kennedy Onassis. Vass, who died in 2011, ran her business out of the penthouse.

According to property records, Newhouse, who is the cousin of S.I. Newhouse Jr., also owns an apartment in Fort Greene, Brooklyn, which he picked up in 2014 for $849,000.

Noble Black and Michael Lorber of Douglas Elliman Real Estate hold the listing. The final price paid will be made public once the sale has closed.