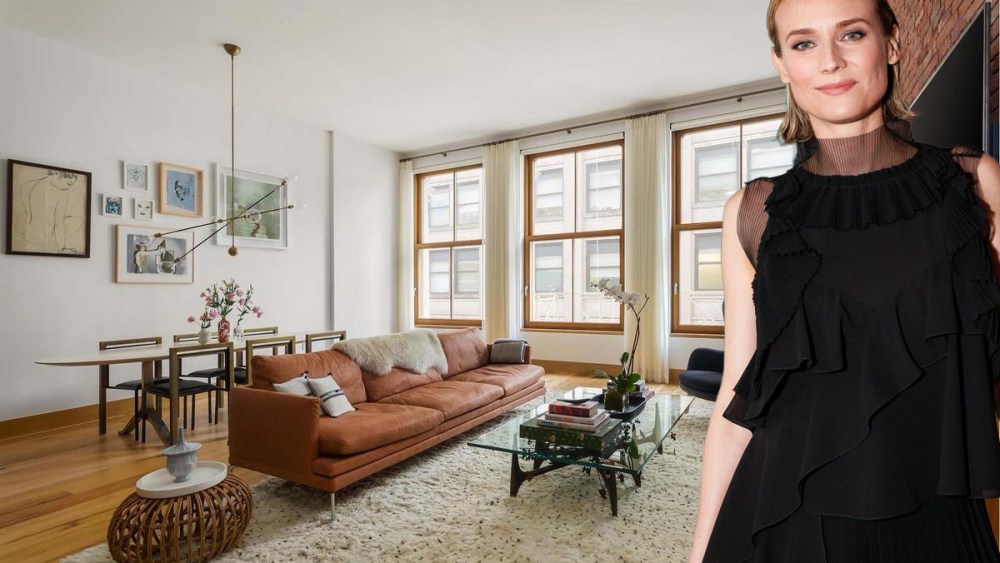 Diane Kruger has certainly been keeping real estate brokers on both sides of the country busy over the past year.

In May, the German actress waved goodbye to her walk-up apartment in Manhattan’s trendy East Village to the tune of over $1 million, after upgrading to a brand new eco-conscious pad in the heart of TriBeCa.

Around the same time, the 41-year-old former model also sold a five-bedroom house in Los Angeles for almost $5.8 million that she owned with her ex-partner, “The Affair” actor Joshua Jackson.

Now, Kruger, who won the Best Actress Award at last year’s Cannes Film Festival for her performance in German-language movie “In the Fade,” is on the move again as she is looking to part company with her TriBeCa loft, despite only owning it for around a year.

The 2,000-square-foot abode has been listed for $4.7 million, quite the increase from the $4.2 million she paid for it through a private trust last year. In fact, that’s close to the price the developer was originally seeking before giving Kruger a discount.

In any case, the two-bedroom, three-bathroom apartment shouldn’t stay on the market for too long, as it has all the attractive features one would expect of a typical TriBeCa loft — original brick walls, reclaimed oak flooring, soaring ceilings and three oversized windows letting lots of natural light flood into the living room.

The eight-unit boutique condominium also markets itself as the “smartest and most environmentally conscious” so many of the materials used have been sustainably and locally sourced such as Vermont marble and New York slate. There’s also a planted eco-wall in the lobby.

Leslie Mason, Dexter Mason, Steve Halprin and Jan Hashey, all of Douglas Elliman Real estate, are the joint brokers for the TriBeCa loft. A rep for Kruger declined to comment on the listing.