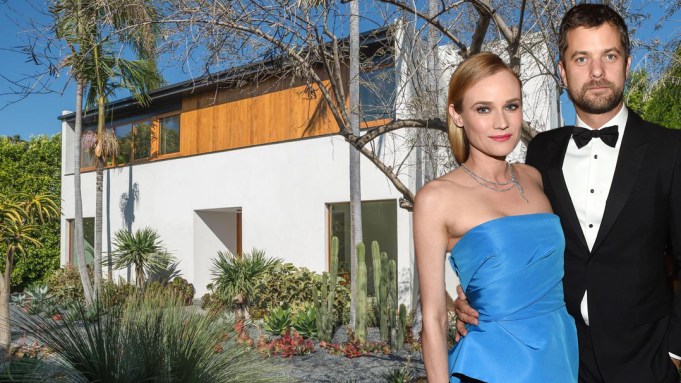 Diane Kruger and her ex-partner Joshua Jackson are one step closer to moving on, having found a buyer for the Los Angeles home they once shared.

Kruger and Jackson, who dated for around a decade, put their five-bedroom, nearly 5,000-square-foot home in Los Angeles’ West Hollywood neighborhood on the market in May, asking $6 million. Listing records show the house is now in escrow.

The contemporary mansion, which they bought in 2014 through two private trusts, has an open living room, dining and kitchen floor plan, which leads out to the gardens through a wall of glass and steel doors, according to the listing.

Elsewhere there is a huge double-sided stone fireplace; a vintage Italian Sixties light fixture hanging in the stairwell; a master suite with open sky access; a two-story, one-bed guest house, and a pool with a lounge deck.

This is not the only home that Kruger — who just won the Best Actress award at the Cannes Film Festival for her performance in the German-language movie “In the Fade” — is in the process of selling. Her apartment in Manhattan’s trendy East Village is also in escrow. She was asking $985,000 for it, but The New York Post reported that she got $1.11 million in the end after receiving an impressive 12 offers for the apartment.

WWD also previously reported that she recently dropped more than $4 million on a three-bedroom pad in an environmentally conscious boutique condominium in another part of the island. Her new home has all the features one would expect of a Manhattan loft, including original brick walls, reclaimed oak flooring and oversized windows.

Kruger previously told The Edit that she moved to New York in 2016 to be closer to Jackson, but they split up later that year and she is rumored to be dating her “Sky” costar Norman Reedus.

The listing agent, Angela Bond of Keller Williams, and spokespeople for Jackson and Kruger did not respond immediately to request for comment.