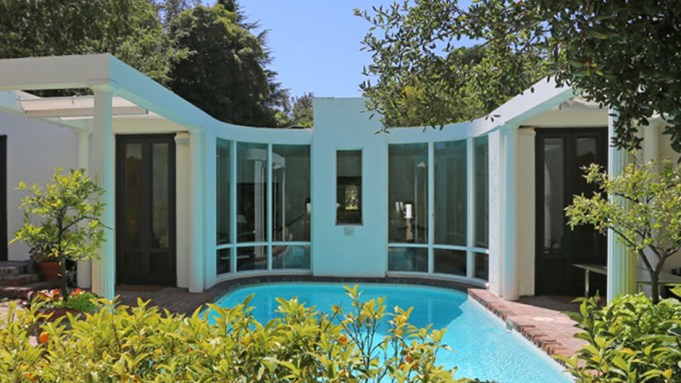 When Francesco Carrozzini recently sold his Beverly Hills home for close to $6 million, it looked like he was gearing up for a permanent move to New York where his fiancée, Anna Wintour’s daughter Bee Shaffer, lives.

It appears that the son of the late Italian Vogue editor Franca Sozzani is not completely done with Los Angeles, as WWD has learned that he quietly picked up another L.A. architectural gem, paying $2.7 million for a John Elgin Woolf-designed house at the end of last year.

The seller was Sean MacPherson, the hotelier behind a seemingly endless list of hip New York boutique hotels such as the Ludlow Hotel, the Bowery Hotel, The Marlton and the Jane.

The mini-villa like home was designed by Woolf in the Thirties and is of the same Hollywood Regency style as other properties that he worked on for the likes of Cary Grant, Greta Garbo and Rita Hayworth.

While there are no listing images of the interiors of Carrozzini’s new Hollywood Hills home, we’re told it has a double-crescent living room with 12-foot-tall curved glass walls that wrap around the swimming pool and a green and black kitchen.

Outside there’s a red brick terraces, a sunbathing deck, as well an open air pavilion with grand columns and impressive canyon views.

Carrozzini, a photographer, film director and music video director, has become quite the property investor. As well as the Marshall Lewis-designed home he sold recently, he also offloaded a Greenwich Village town house in Manhattan for $12.5 million. While this was much less than the $16 million he was originally asking, it still represented a hefty profit from the $6.8 million he paid for it in 2006.

It was revealed last year that he is to direct a new movie based on Jo Nesbø’s bestseller thriller “Midnight Sun” after making his big screen debut last September with “Franca: Chaos and Creation,” a documentary about his mother.

A representative for Carrozzini did not respond to request for comment. The listing agent was John Kohl of The Agency.