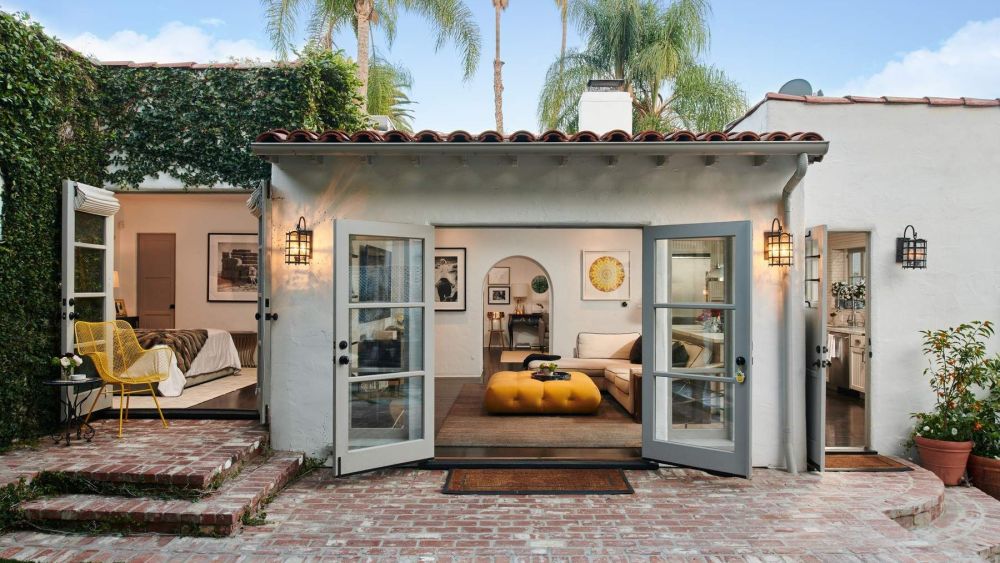 Upscale men’s retailer House of Bijan is known for its exclusive “by appointment only” Rodeo Drive showroom, but its owner is more relaxed when it comes to selling his house.

Nicolas Bijan, who took over the helm of the company after his father Bijan Pakzad died in 2011, has listed his Los Angeles home for sale for a touch under $3 million and he’s even allowed his brokers — Drew Mandile, Dean Mandile and Brooke Knapp of Sotheby’s International Realty — to host an open house this weekend.

Like the company’s pricey luxurious hand-made suits that have been worn by many a famous politician — Presidents Obama, Clinton and both Bushes to name just a few — no detail has been left untouched in the property, which sits on the border of Beverly Hills and West Hollywood.

Hidden by a neat emerald green hedge, guests to the two-bedroom Twenties Spanish-style home are greeted by a quaint courtyard, a picturesque covered front porch and ivy covered exterior walls.

Inside, the one-story property has an open floor plan, with the art-filled living room boasting a wood burning fireplace, while the remodeled open kitchen is packed with state-of-the-art appliances.

French doors in the living room then open out to paved patio steps, which lead to the grassy backyard where an open air cabana with seating, a separate patio with additional seating, a spa and a fire pit can be found. There is also a state of the art gym in a building that was once the garage and a driveway for parking.

“I love this house. My interior designer girlfriend, Roxy Sowlaty, and I have updated every inch of the house with great passion. It was our first home, it’s in the best location, and it’s fantastic for entertaining,” Bijan  told WWD. “However, we are ready to move into a larger home where we can start a family together.”

The previous owner was Josh Flagg, star of Bravo’s “Million Dollar Listing Los Angeles,” who sold the house to Bijan in 2015 for $1.9 million. Before Flagg, it was owned by producer David Katzenberg, son of DreamWorks cofounder Jeffrey Katzenberg.