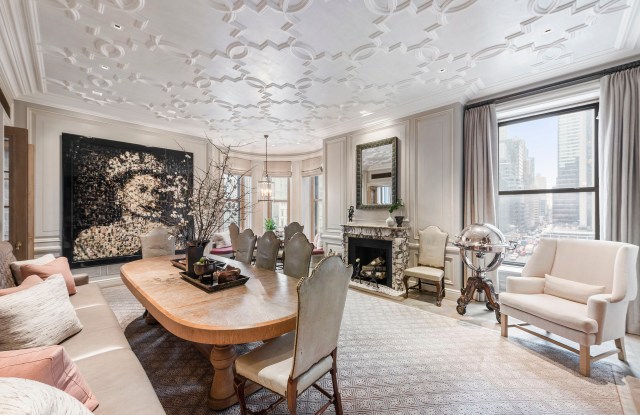 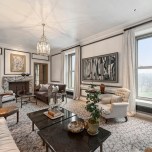 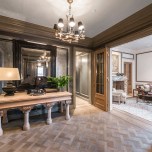 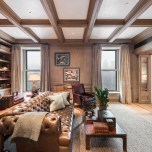 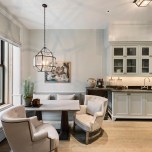 Tommy Hilfiger isn’t the only fashion boss working hard to try to sell his pad at Manhattan’s landmark Plaza Hotel.

Just days after Hilfiger’s tony penthouse was reintroduced to the market with a $50 million price tag (it was advertised for $80 million at one point), Jürgen Friedrich, who previously founded and led fashion brand Esprit’s European operations, has also followed suit.

Now a non-executive director of the clothing chain, the 78-year-old earlier this week trimmed the price of his historic corner spread for sale to $34.5 million in an attempt to entice a buyer amid Manhattan’s struggling luxury property market.

This is down from $39.5 million when it was put on the market in February and is also quite the drop from the $55 million he tried to flip it for shortly after he purchased the 4,284-square-foot, three-bedroom spread known as the Astor Suite for a little more than $25 million in 2007.

He is no doubt hoping that its historic ties will be a selling point, with the listing naming John Jacob Astor, the Duke and Duchess of Windsor and John F. Kennedy as some of its former residents before the suite, alongside a number of the Plaza’s other units, were converted into condos in the 2000s.

“It was the equivalent of the presidential suite in most hotels,” said Douglas Elliman Real Estate’s Melanie Lazenby, who is the listing agent alongside her colleague, Dina Lewis. “From the day it opened it was the premier suite.”

Like Hilfiger, Friedrich embarked on a multimillion-dollar renovation of the apartment after failing to find a buyer in 2008, using none other than the same artisans who rebuilt Windsor Castle after its devastating fire.

The resulting features of the apartment, which has views of Central Park and Fifth Avenue, include hand-drawn plaster ceilings, English oak paneling, antique fireplace mantles and hand-hammered leather walls from France in the master bedroom.

Keeping in with the royal theme, there is also a large, eye-catching mosaic of Queen Elizabeth II made out of images of other royals in the main living area.

It’s understood that Friedrich rented out the apartment for a couple of years until around Christmas and has since been using it as an occasional pied-à-terre.

He also reportedly owns a one-bedroom apartment across the hall at the Plaza, as well as a sprawling Southampton estate that he tried to sell a couple of years ago for $45 million. It has since been withdrawn from the market.

Still for sale, however, is his other Hamptons property in Sag Harbor. It was once President Chester A. Arthur’s Summer White House and is up for grabs for $14.2 million. He’s clearly a fan of historic properties.