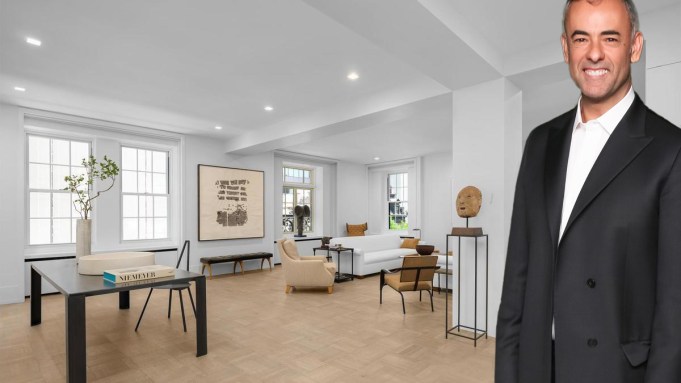 Fashion designer Francisco Costa still hasn’t revealed his next move after departing Calvin Klein last year, but in the meantime he has been keeping himself busy in the real estate world.

The 53-year-old, who left his role as women’s creative director to make way for Raf Simons in April 2016, has just put his fancy Park Avenue co-op apartment up for sale, asking just a smidge under $5 million — and it’s everything you would expect of the Brazilian-born designer.

The newly renovated apartment, which has its own wooden private elevator entrance, has a minimalist feel to it with crisp white walls and light smoked ash solid parquet flooring throughout and just a few pieces of furniture in each room, according to the listing, which was first spotted by Luxury Listings.

The master suite, meanwhile, situated at the end of an enfilade for maximum privacy, is enclosed by double Harmon doors and has a large walk-in closet — after all, would you expect anything less from a fashion designer?

The apartment is in the Emery Roth-designed 417 Park Avenue co-op building close to Carnegie Hall and MoMA in Midtown.

Property records showed Costa, who has lived in the U.S. since the Eighties and joined Calvin Klein in 2003 after working for the likes of Oscar de la Renta and Bill Blass, and his longtime partner, horse trainer John DeStefano, paid $2.9 million for it in 2015.

Melissa Hernandez, the listing agent, did not respond immediately to request for comment.