Kit Harington, Rose Leslie and Lena Headey are all moving. 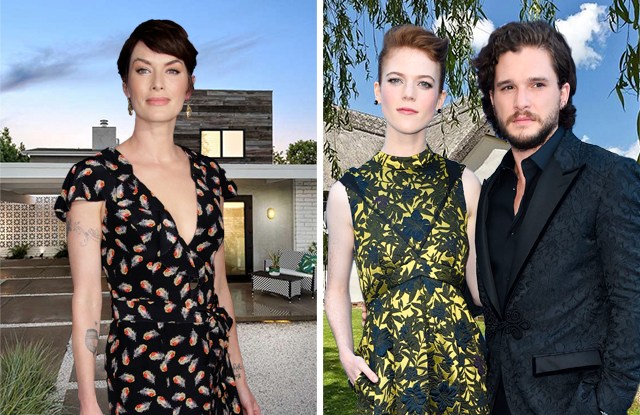 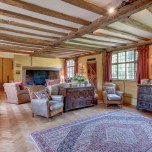 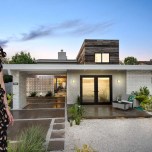 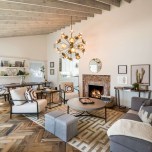 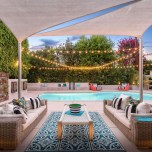 Not only has the cast of HBO’s hit show “Game of Thrones” been busy filming season seven, which premiered over the weekend, some have also made real estate moves.

First, Kit Harington, aka Jon Snow, is reportedly buying a 1.75 million pounds mansion in the English countryside with his girlfriend Rose Leslie, who was also for a while his onscreen love interest, Ygritte.

At the same time, actress Lena Headey, who plays villainous queen Cersei Lannister, is looking for a buyer willing to pay almost $2 million for her Los Angeles home, which she fully renovated, adding a second floor.

Harington and Leslie, who already live together in London, have certainly gone for more of a “GoT”-themed home — which is in Ipswich — than Headey, since not only is their property medieval, it’s got a moat to boot.

Elsewhere in the 15th-century estate, there is a party pavilion  “for al-fresco banquet dining,” as the listing puts it, in case they ever want to invite their castmates over for dinner.

And while these aren’t “GoT”-themed, other fancy features include a croquet lawn, an outdoor pool and a tennis court.

In contrast, Headey has a midcentury modern home in Los Angeles’ San Fernando Valley and for the interiors she drew inspiration from her native England, the south of France and the party island of Ibiza, one of her favorite vacation destinations, according to a previous interview she did with Dwell Magazine.

“I just wanted the house to feel like I’m on holiday. There are no goblets, but there are some wine glasses,” she said.

According to property records, the 43-year-old Emmy-nominated actress paid $790,000 for the five-bedroom house in 2014.

Reps for all three did not respond to requests for comment.