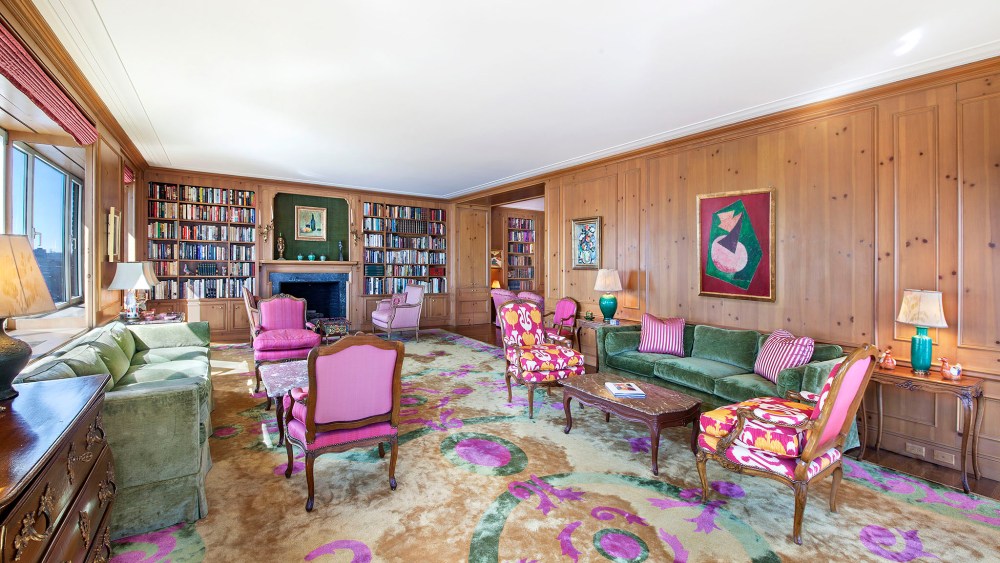 Silver-screen legend Greta Garbo’s longtime Manhattan apartment has been snapped up just over a month after it hit the market.

The three-bedroom co-op apartment on the fifth floor of the posh 16-story Campanile building next to the East River, asking $5.95 million, was her home for 40 years.

According to the listing, the notoriously private Swedish-born actress was drawn to the sprawling 2,855 square-foot apartment partly because the passing boats reminded her of her native Stockholm.

“It’s very reminiscent of where she grew up in Stockholm — close to the water and with lots of sunlight,” her great-nephew Derek Reisfield told The New York Times when it was listed in late March. “She liked seeing the boat traffic.”

His mother, Gray Reisfield, who was the sole heir to Garbo’s estate, inherited the residence after the actress’s death in 1990 at the age of 84 and left it largely as she had designed it, according to the Times.

The full-floor spread features a private elevator lobby opening into an expansive formal entrance gallery. There is also a grand, L-shaped living room with working fireplace and a separate library/den area, clad in knotty pine wood paneling, against which Garbo displayed her extensive and renowned collection of art.

The apartment has entered contract and the final sales price will not be made public until the sale has closed, but the buyer needs to be cash rich as the Campanile does not accept financing.

The listing agent, Halstead Property, did not respond immediately to request for comment.