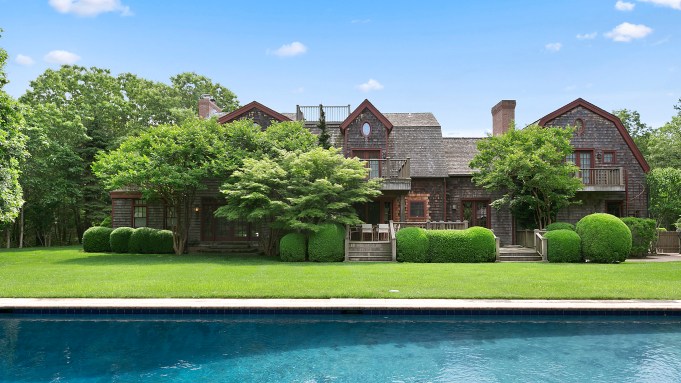 Having moved to Los Angeles from New York three years ago, hotel heiress and designer retailer Peri Arenas is looking to part ways with another of her East Coast properties.

Arenas, who just opened her second California boutique, Peri.A, at 146 North Robertson Boulevard, has put her four-bedroom, shingle-style Hamptons home set on three acres of manicured lawns on the market for just shy of $3 million.

The house in Water Mill has wooden beams, balconies in three of the four-bedroom suites, a screening room, three indoor fireplaces, a rooftop deck, an oversize heated gunite pool and a tennis court.

“The most beautiful part of the home is when you drive in through the very grand entrance and up the private driveway,” Terry Thompson of Douglas Elliman Real Estate, the co-listing agent, said.

This appears to be small change for Arenas. According to property records, she sold her Upper East Side triplex complete with roof terrace for around $18 million in 2013, over $8 million more than what she paid for it in 2006.