The main house has its own observation tower. 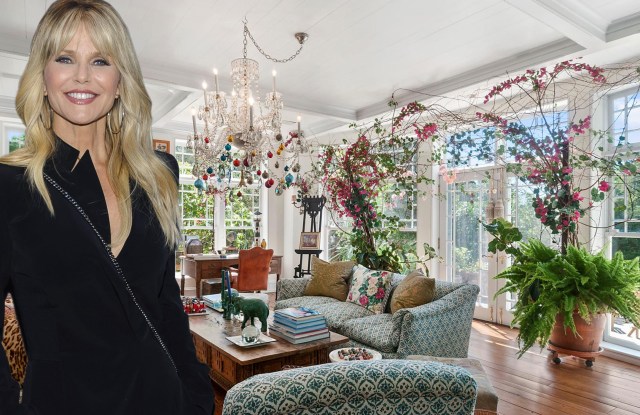 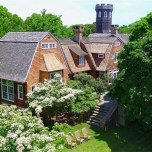 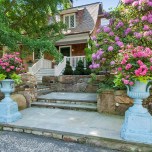 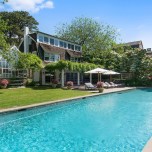 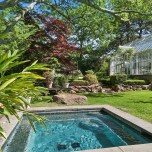 Seemingly ageless model Christie Brinkley has been a permanent fixture in the Hamptons for decades, building up an impressive property portfolio of trophy mansions during that time.

Now with her three children all grown up and living in the city, the 63-year-old is once again trying to sell her Bridgehampton family compound for $29.5 million and it’s pretty spectacular.

Set on around 20 acres of land, Tower Hill, the 1891 estate she acquired through several transactions over the years, consists of an 11,037-square-foot, four-bedroom main house complete with a 50-foot observation tower, a four-bedroom guesthouse with a greenhouse conservatory and a separate barn with living quarters.

All this is enveloped by meandering lawns, a private pond, a hidden tennis court and an oversize heated Gunite pool with spa. After all, it wouldn’t be a Hamptons estate without one.

At the same time, Brinkley is also selling a second Hamptons mansion for $20 million. That one is a five-bedroom beachfront Colonial period property set on almost 4.5 acres of land in Sag Harbor’s North Haven neighborhood.

Originally built in 1843, the three-story, 5,500-square-foot home still has many period details such as grand columns, wide-plank old pine floors and multiple fireplaces.

Features include a kitchen with soapstone and marble counters, an enormous living room, a master suite with its own sitting room and secluded terrace and a Gunite pool outside.

Despite owning these two luxury homes, Brinkley has been spending less of her time in the Hamptons after scoring herself a pricey $29,500 per month rental in Manhattan’s trendy TriBeCa neighborhood.

Her new three-bedroom duplex penthouse in the exclusive Zinc Building and boasts two massive terraces with views of the city and the river.