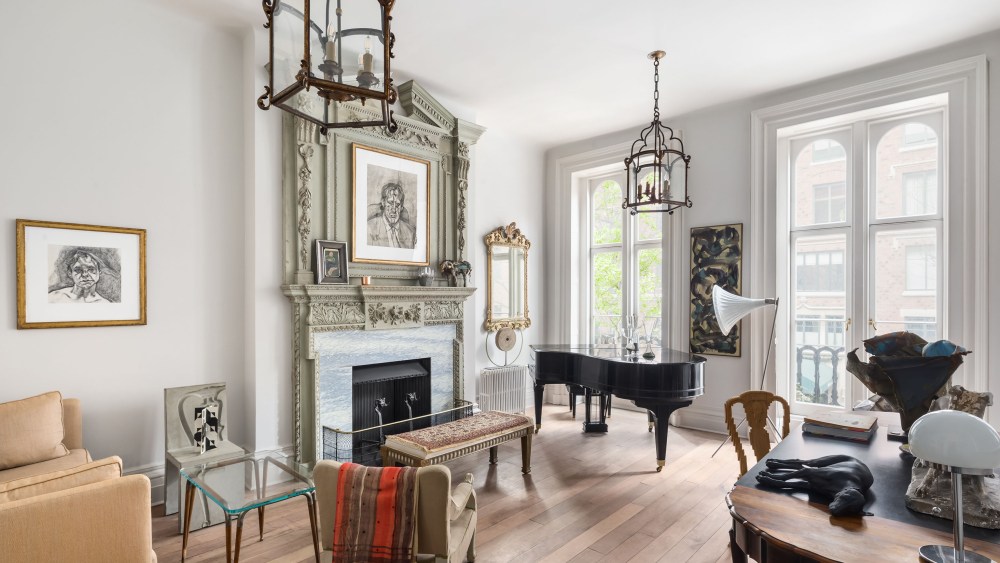 It’s not often you come across a Manhattan home that boasts a kitchen paved with stones imported from the streets of Bologna, an Art Deco bar modeled on London’s famed Claridge’s Hotel and a formal dining room that pays tribute to Gloria Vanderbilt Whitney.

The home in question is a Greenwich Village town house whose stylish owners — Former Urban Outfitters chief executive officer Glen Senk and his husband, one time Anthopologie buyer-at-large Keith Johnson — transformed back into a single family home from apartments after paying $8.3 million for it in 2012.

The four-bedroom, 4,930-square-foot house has just been put on the market for $12.8 million, down from $17 million when it was first listed in 2016. The duo is selling, as they now spend much of their time at the Palm Beach, Fla. home.

It took two years to return the five-story Anglo-Italianate town house, built in 1853, to its original grandeur and clearly no expense was spared, using historic elements sourced from England, Italy and the property’s surrounding neighborhood.

The results of the renovation include a formal dining room covered in murals by artists from the New York Studio School, resembling Gloria Vanderbilt Whitney’s nearby sculpture studio flame-adorned ceiling and fireplace.

Artisans were also brought in to create the wave-like mouldings in the dining room and for the plasterwork in the stairwell, which was completely removed and restored in a process that took a year.

The kitchen, meanwhile, has marble countertops that were sourced from the Philadelphia Independence Hall, as well as the aforementioned Bologna stones, which are heated — obviously — while a wall of windows opens on to a terraced landscaped garden.

The brokers are Patricia Isen, Leslie Mason and Betsy Green, all of Douglas Elliman Real Estate.