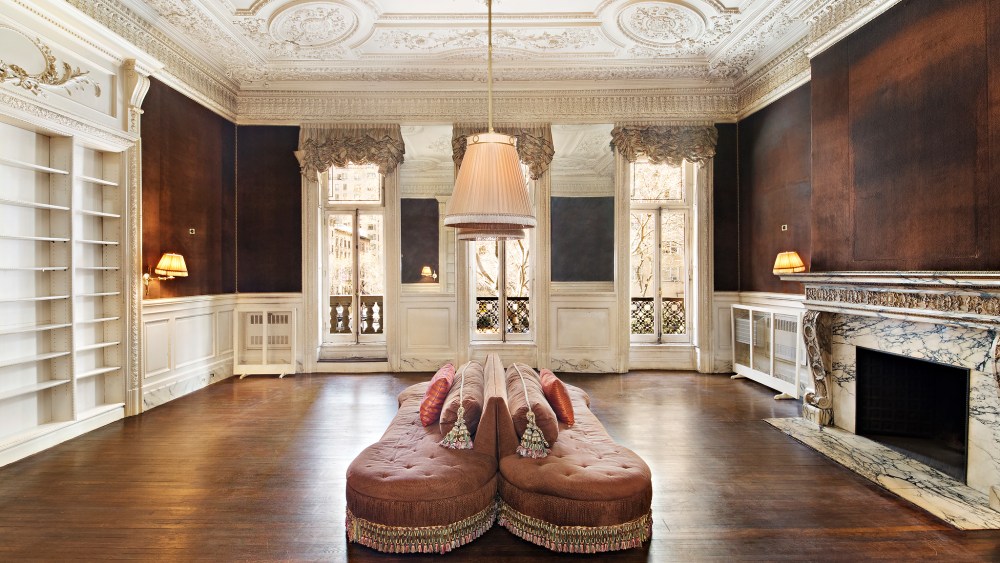 It first caught his eye during the Seventies when he saw that the Park Avenue gilded age mansion, known as The James H. and Cornelia V. Robb House, was being transformed into an apartment block and one of them had a balcony — a rarity at the time for the tony address.

Lane, who created pieces for the likes of Audrey Hepburn, Princess Diana, Lady Gaga and Elizabeth Taylor, to name just a few, wasted no time and went to the owners the very next day, check in hand. He clearly didn’t regret the impulse purchase, as he called the co-op home for the next four decades until his death last year.

The building was designed in 1892 by legendary architect Stanford White, known for the opulent Fifth Avenue mansions he created for the Astors and Vanderbilts and many of the original features can still be seen in Lane’s duplex such as period wood paneling, hardwood floors and elaborate plaster moldings. There’s also an original hand-carved Italian marble fireplace in the square living room.

The apartment also has Lane’s touch all over it, despite much of his furniture (including his much love leopard prints) and vast art collection having been removed.

To begin with, he decorated his lobby in varying shades of red. Then there’s the upstairs master suite, which has been adorned in green and mahogany and modeled on a mix between the Paris living room of Marie-Blanche de Polignac, the daughter of designer Jean Lanvin, and Duff Cooper’s library at the British Embassy.

Other standout features include an onyx bathroom with mirrored walls and ceilings and a double height formal dining room, which no doubt played host to his plethora of famous and stylish friends. And, of course, there’s the aforementioned balcony overlooking Park Avenue with views of the Empire State Building.

The apartment is on the market for $3.2 million. The brokers are Serena Boardman, Kerry Schmidt and Jonathan L. Banks, all of Sotheby’s International Realty.