This Notting Hill home was once owned by Biba founder Barbara Hulanicki. 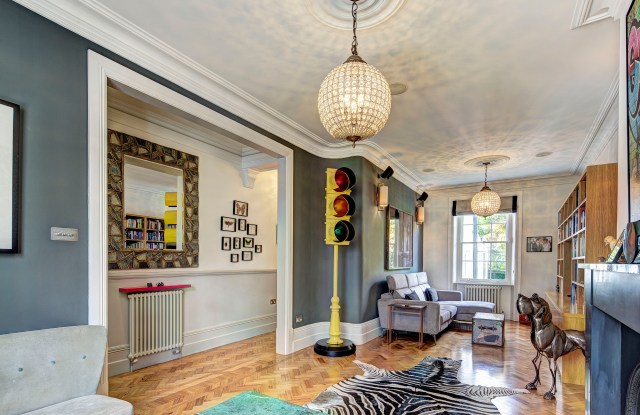 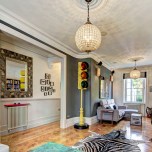 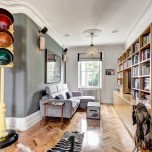 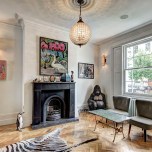 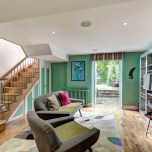 London was at the epicenter of the Swinging Sixties and the fashion label Biba was what everyone was wearing.

After it closed, she and her late husband bought a house on Kensington Park Road in Notting Hill where she designed for labels such as Cacheable and Fiorucci, as well as launching a line of children’s clothes aimed at the Japanese market.

These days, Hulanicki lives in Miami, where she spends much of her time designing hotels. If she wants to return to her London roots, she may want to consider her old house, which has been put on the market for 4.5 million pounds.

The current owners have refurbished the three-bedroom period property, paying homage to her by calling it “Biba House” and adding a sign that says just that to the front door.

And while the house isn’t decorated in bright colorful Biba prints, it certainly isn’t dull inside, with the main living room adorned with a zebra rug, a traffic light, a large metal dog statue and a gorilla in the corner of the room.

That room, which is on the raised ground floor, has steps leading down to a bright conservatory overlooking the garden below. The garden is also not boring as it comes with a hidden bath so the new buyer can have a soak outside, but the neighbors won’t be able to see thanks to the surrounding trees and ivy.

Elsewhere there’s a mint green kitchen, while one of the bedrooms is covered in flamingo wallpaper. Whether Hulanicki would want to keep that is another question.

The listing agent is Alistair Heather of Strutt & Parker.